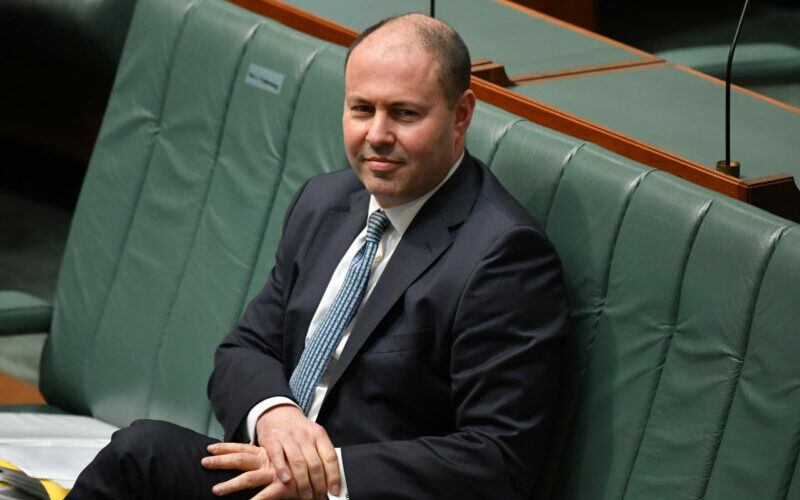 So much for superior economic stewardship from the Morrison team. Many services are underfunded while government mismanagement is resulting in a massive waste of money on other programs.

Over decades, successive Coalition governments have maintained that it is business that creates economic growth and jobs, not government. Furthermore, as the Coalition is the party of business, it is therefore axiomatic that the Coalition is always better at managing taxpayers’ money than Labor.

For a long time, a key feature of this claimed superior economic management performance was that Labor was more likely to leave us with budget deficits and increasing public debt. Indeed, railing against debt and deficits, along with declaiming against a carbon tax, defined Tony Abbott’s successful election campaign in 2013, and there was no attempt to enunciate a positive program.

But in response to the Covid pandemic the Coalition has (thankfully) thrown its old rulebook away, and this government has notched up the biggest deficits as a proportion of GDP since World War II. In these circumstances it is difficult to envisage the Coalition campaigning on their record in managing the budget.

The size of the budget balance is, however, only one aspect of government economic management, albeit an important aspect. This article therefore examines the government’s management record more generally in terms of how well public moneys have been spent. What precautions were taken to ensure value for money, and how robust are the accountability arrangements?

The single most expensive program introduced by the Morrison government has been JobKeeper. Its success in protecting the economy during the lockdown last year has been properly and widely acknowledged.

Nevertheless, it has now emerged that there have been massive overpayments. For example, the Parliamentary Budget Office has used Australian Taxation Office data to estimate that if a sample of 65 companies returned their overpayments, tax revenue would increase by $1.16 billion. This suggests that possibly as much as one-third of the total JobKeeper cost of $89 billion, or around $25-30 billion, was overpaid.

True the program was unavoidably put together in a hurry, and it was understandable that businesses would make mistakes in their forecasts of likely drop in revenue. So, I am not critical that mistakes were made both by the recipients and the government.

However, given the likelihood of such mistakes, it seems obvious to me (as a former manager of labour market programs) that a clawback mechanism requiring the return of any overpayments should have been included from the start. Furthermore, I don’t buy Treasurer Josh Frydenberg’s argument that insertion of a clawback mechanism would have inhibited employers from applying for assistance. That argument is disingenuous, if not insulting our intelligence.

The submarine contract with the French

Another very big expenditure decision taken by the Coalition government was the awarding of a contract to build 12 diesel-electric submarines to the French company Naval Group at a presently estimated outturn cost of $90 billion.

As I wrote in another article, “The process that led to the selection of the French submarine was completely flawed.” There was no proper tender, instead a so-called “competitive evaluation process” (whatever that means) resulted in Naval winning the rights to build Australia’s next-generation submarines based only on a concept, not a full design.

Five years later we still did not have a full design, but the costs had almost doubled, with each Attack-class submarine expected to cost two to three times world benchmarks for conventionally powered submarines.

In my view, the decision to cancel the contract was the right one. Better late than never. But it means that the government has written off somewhere between $2.5 and $4 billion, and most importantly, the loss of time means that Australia is facing a yawning capability gap in its submarine defence.

Even before the pandemic, spending on public infrastructure was booming. In March 2020, the Grattan Institute found that the value of the road and rail projects being built across the country exceeded $120 billion for the first time. And much more has been added since as part of the economic recovery strategy from the pandemic.

This high level of infrastructure spending would of course not be cause for concern if that spending were economically justified and properly costed and managed. Again, however, that is not the case.

The Grattan Institute has found that “the overall [infrastructure] investment has been poorly directed”.

First, the oversight mechanisms are not working. According to the Grattan Institute, more than half of Commonwealth infrastructure spending has gone to projects where Infrastructure Australia has not published an evaluation. Many of these projects are unlikely to be economically justified.

Second, the lack of proper evaluation in advance means that the projects are prone to massive cost overruns. Thus, the Grattan Institute’s analysis of all projects costing more than $20 million found that the average cost overrun was about one-third of the total cost.

In addition, there are now many more mega-projects, and these big projects are particularly risky. The Grattan Institute has found that “Eighty per cent of the cost overruns came from just 14 per cent of projects; that 14 per cent exceeded their originally promised cost by more than half”. Indeed, on six current projects, there’s an overrun so far of as much as $24 billion.

In short, there is an enormous management problem with the government’s infrastructure program. The projects are much bigger, but often poorly chosen, and poorly planned with massive cost overruns. The key reason is that the government announces projects chosen for political reasons, with dubious or non-existent business cases.

Secrecy and a lack of accountability

As has been widely commented on, Scott Morrison himself is exceptionally secretive. As no doubt intended, that secrecy reduces the government’s accountability, but it also comes at a cost to good management and good policy development.

A central feature of the Hawke-Keating governments was that they sought to define the purpose and objectives of government programs, and then measure the progress towards achieving those objectives and the costs involved. This information was critical to improving the performance of programs, but also to gaining public support for changes where necessary.

As outlined above, the government’s management of infrastructure investment has been poor, precisely because of the lack of information to support decisions. But other well-known examples of government decisions to allocate money without proper analysis of the merits include the sports grants and community car parks, each of which are properly described as “rorts”.

In all these cases, politics seems to dominate the decision-making process, with little or no regard to relative merit.

Thus, submissions to a subsequent Senate inquiry have established that many councils getting car parks under this scheme were not consulted about the projects until after they were announced, and even though the plan was for the Commonwealth money to be matched by local or state funding.

Now more than two years after the 47 car parks were promised, only three have been built, construction has begun on four more, and six have been cancelled. This is yet another example of mismanagement by the Coalition, as well as rorting. And given the secretive approach to the decision making, the mismanagement was almost inevitable.

In a previous article, I argued that the Coalition’s failed quest for smaller government had come at a cost to good government because of the underfunding of essential services.

But unfortunately the government’s politically driven approach to public management has also resulted in a massive waste of public money on other programs. The secrecy and lack of accountability is inimical to getting value for money, and as the above analysis shows, many billions of dollars have been wasted by government mismanagement.

The Coalition might like to think that it is the party representing business, but in fact it is most un-businesslike. The deliberate lack of information means that it is like a business operator trying to run their business without any information regarding revenue, unit costs or profits.

Clearly this is a recipe for failure. The especially sad thing for me, as a former public service head, is that the public service seems to be either mute or incapable or both of intervening to prevent these management failures.