We are at war and it may soon be nuclear war 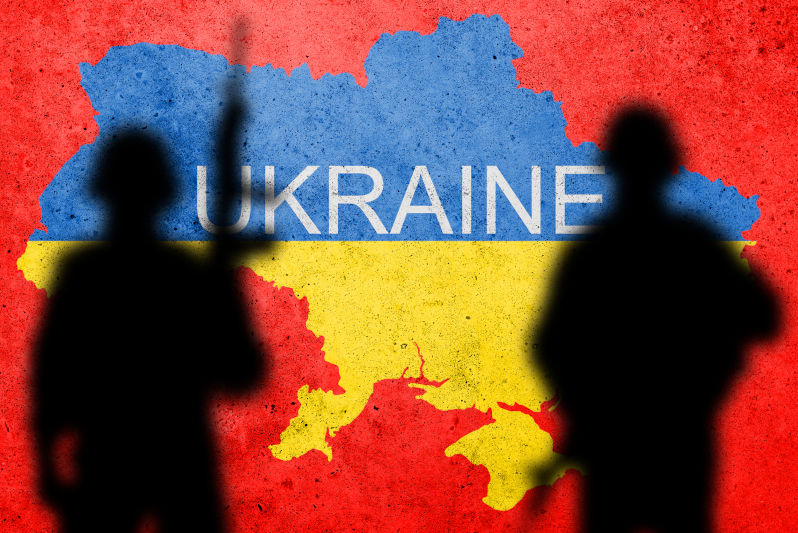 We are in a far more dangerous situation than the Cold War, or either of two world wars.

Australia is embedded in the US Indo Pacific command and the US is advancing steadily in provoking war with China, for the purpose of preventing China from challenging US economic supremacy. Australia has given $225 million to NATO’s war with Russia in Ukraine and we voice our official endorsement and involvement with certitude. But there is no effort by Australian government and mainstream media to discuss this perilous situation… just dog-yapping for more. The reluctance of Albanese and his government to address this sensibly is encouragement for the United States to continue to act contrary to its interests, to the planet’s interests, to our interests.

The Pentagon Papers and the Afghanistan Papers made clear that in the Vietnam and Afghanistan wars we were lied to… and more serious than that, commanders didn’t know what they were doing, or how they could achieve unclear objectives.

There is no reason to imagine that the high command of the Ukraine war is doing better than that. In the Indo Pacific there is a perilous downhill run of intensifying commitment to war over Taiwan, which Taiwan does not want. In both theatres ‘strategic ambiguity’ has come to mean mumbled aggressive remarks by the US president and sometimes correcting remarks by lesser officials. The cartoon handsome United States Secretary of State, working with Biden for decades, has been consistent in his advocacy of war in Afghanistan, Iraq and more.

But now we are in a war with Russia, potential war with China.

Through the Cold War, a doctrine of ‘Mutually Assured Destruction’ inhibited war directly between the US and the USSR. In this mind frame, nuclear forces maintained at a high level, deliverable by diverse means, meant that if one side carried out a nuclear ‘first strike’, the other side would nonetheless retain a ‘second strike capability’ to retaliate with sufficient ‘prompt megadeaths’ to deter either side from first strike. This balance did not deter the US and USSR from proxy wars throughout the developing world, discussed, planned and engaged in as though there were no real people there.

The strategic nuclear forces of the Cold War are still there, added to those now of China, India, Pakistan, and Israel. In the strange world of the last three decades of US projection of unipolar power, there has been obfuscation of the existence and purpose of the nuclear forces, a blur added to by Trump’s tossing aside of remaining arms control agreements and arrangements. And now we have loose minds (including the new UK prime minister) on ‘our side’ discussing the feasibility of using nuclear weapons; Putin in reply reminding NATO of Russia’s strategic nuclear forces … and western ninnies, government and media, rushing to shout ooh bad man bad man, like school bullies stood up to.

What we have now, happening now, is a direct war between Russia and NATO/US in Ukraine. It has ceased to be a proxy war, other than in western propaganda, just as since April, it has not been about saving Ukraine. This situation has arisen from the casting aside of assurances given by the US and NATO three decades ago to Russia that NATO would not extend east beyond Germany. We have had the cute assertion that all those countries between Germany and Russia just wanted to join NATO and the EU; who could say no? There have been attempts to achieve arms control and neutrality barriers, brushed aside. Nothing has impeded the relentless military march towards Russia. After an US engineered coup in Ukraine in 2014, efforts to accommodate the substantial ethnic and cultural proportion of the Ukraine population, in the east, were abandoned in favour of war. War dribbling on for years, then shifting to a dramatic level this year after multiple Russian warnings.

Ukraine forces have suffered terrible losses. They are bolstered by some foreign volunteer forces, also suffering terrible losses. So have the Russians but their population and resources far outrun those of Ukraine. Increasingly Ukraine relies on US, AUKUS, and NATO heavy and smart weapons. There is precision targeting of civilians in Donbass using weapons of types including artillery from Australia. You may argue that civilians have been killed by the Russian side, but my ethics don’t work just by comparing with the boy down the street. There are non-Ukraine, that is NATO, experts involved in the field with Ukraine forces, helping them use NATO weapons, everything Ukraine previously had being of Soviet design. The US maintains a diversity of intelligence systems to inform the war in prompt real time. This includes surveillance aircraft over Romania and the Black Sea and satellite systems of which Pine Gap, near Alice Springs, has been a part from the 1960s. We are party to this war at that level as well as in provision of weapons. I doubt advanced weapons were not handed over by Australia without experts in their use being added.

Russia has now begun calling up its military reserves on an orderly basis. Voting has begun in referenda in eastern Ukraine on whether to join the Russian federation. Russia expects the results of these referenda to lead to accession of these culturally Russian territories to Russia. Defence of them will then be defence of the Russian Federation. Attack on them will be regarded as attack on Russia.

In the time since Boris Johnson visited Kyiv in early April, followed by the US secretaries of state and defence, their explicit demand of Ukraine has been to persist in war and refuse peace settlement, with the objective no longer of defending Ukraine but of shredding Russia. Ukraine is already shredded and the war has scarce begun.

It is worth remembering that the US invasion of Iraq, to which we were party, was based on dishonourable argument, was illegal and was embarked upon with no plans for managing the country after invasion. Afghanistan was invaded and mauled for two decades and is dragged lower into ungovernability and human horror by American sanctions. Both those countries are now largely ungovernable. The RAAF has maintained an Airbus A330 modified refuelling aircraft in the middle east for a decade now, to support offensive aircraft carrying on illegal wars in Syria and Yemen. It’s all just a mad tumble of destruction, bearing out Clausewitz’s observation that the policy instrument of war, once taken up, tends to drive out policy and pursue its own ends.

Social destruction extends beyond Ukraine, throughout Europe, beyond energy issues, into destruction of corporations and financial systems, as well as everyday life. Australia will not be saved from global economic and social forces by ignoring war, feeding on propaganda, or our physical distance.