Nearly half of all legislation is now delegated legislation, i.e. made by ministerial orders, and some of it cannot be disallowed by Parliament. Such an extraordinary accumulation of power in the hands of the federal government is dangerous for democracy. A recent Senate committee report proposes strengthening the parliamentary committee system to increase accountability.

The decline of trust in Parliament and other public institutions has dropped markedly over the past few decades. The Democracy 2025 Project, based in Old Parliament House in Canberra, has tracked a fall in public satisfaction with democracy from 78 per cent of survey respondents in 1996 to 41 per cent in 2018.

It has not been a relentless downward plunge. The Project records peaks and troughs in public satisfaction. What is clear, however, is that increasing numbers of Australians feel disconnected from democratic institutions and processes.

They no longer feel they are full participants in, or beneficiaries of, a system that works for them.

This is a crisis not only of liberal democracy but of social democracy too. If it continues, it will undermine the basis of our system of government.

Australia has not witnessed the virtual extinction of constitutional democracy that is taking place in some Eastern European countries such as Hungary and Poland, or political violence on the scale of the storming of the US Capitol on 6 January.

But the kinds of far-right populist movements that initiated these upheavals, and that exploit the anxieties of those who feel alienated from democratic politics, are active here too.

That is why in July 2019 the Senate referred an inquiry into nationhood, national identity and democracy to the Legal and Constitutional Affairs References Committee, which I chaired.

We received 205 submissions and conducted three public hearings, reflecting views from across the political spectrum and all sectors of society.

The report, which records the wide diversity of views tendered in evidence, is a snapshot of what Australians think of their country at this turbulent time in its history and that of the wider world.

Our work, like so much else in public life, was affected by the Covid-19 pandemic, which resulted in several extensions of our reporting date.

During the pandemic, the decline in trust in government that appeared so widespread when our deliberations began seemed to be replaced by a renewed confidence in the power of the Commonwealth and the states to keep Australians safe.

Whether this revival of trust will outlast the pandemic, however, is an open question.

Committee inquiries bring the public into the work of the Parliament, drawing on ideas and creativity from across our society and shining a light on the performance of government.

In this era of fake news and conspiracy theories, it is vital that Parliament have access to reliable, evidence and data, and advice from informed sources.

That is why another of the committee’s recommendations was for the establishment of a Parliamentary Office of Science, to give MPs access to independent advice from Australia’s best scientists.

We also argue that MPs must be more vigilant when it comes to defending democratic processes, discharging their responsibilities as elected representatives and ensuring adequate scrutiny of legislation.

Nearly half of all legislation is now delegated legislation, i.e. made by ministerial orders, and some of it cannot be disallowed by Parliament.

The report starts from the premise that our Parliament and other core democratic institutions matter, and that through them we can build a higher level of civic engagement. 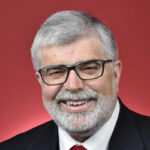 Kim Carr is a Labor Senator for Victoria. He is the Chair of the Senate Legal and Constitutional Affairs References Committee.