We have to handle our relationship with China, not leave it to others

How should we manage relations with China – New Zealand’s most complex foreign policy issue in the 21st century?

We face fractures in China’s relations with our traditional friends, Australia above all. We have concern about human rights in Xinjiang and elsewhere, about events in Hong Kong, trade issues, regional tensions, cyber activity and more. And underpinning it all are fundamental differences of political and social values.

But dividing lines in our relationship with China are not new. They have been there from the start.

At the first meeting I attended with a Chinese foreign minister, some 45 years ago, Sir Brian Talboys made an issue of how unacceptable we found China’s support for communist insurgencies in Southeast Asia. We reached our nadir not in current times but after the People’s Liberation Army’s bloody end to the Tiananmen demonstrations in 1989.

A factor of New Zealand’s links with China has been just how successfully successive New Zealand governments have managed them. This has required, and still does, long-term vision, a steady nerve, and an understanding that any relationship cannot be defined only by what we disagree on.

No matter how important our trade is to New Zealand’s wellbeing we will be judged in Beijing by what we say rather than what we sell.

The New Zealand government needs to work from the assumption that in 10 years China will be more prominent, not less, across almost the full range of our international interests.

Whether globally or regionally, whether in a security sense or economically, China is not going to revert to being a stakeholder in an American-led system, despite being keen to use that same system now to advance its interests. The Communist Party will not loosen its grip on power and the human rights norms to which we ascribe will continue to have little resonance in China.

China’s growing military strength will change the region’s security equations, even as China is making its economic power the key determinant of the regional supremacy it seeks.

So what does the New Zealand Government need to do to keep our China relationship on track?

We need, as the prime minister said at the recent Business Summit, to make clear that there are some issues on which we cannot, and should not, bend our principles to accommodate China’s inevitable objection.

Our goal is not to emulate China, or indeed to have it emulate us, but to co-exist with it. We need to do so without demonising China. We need to keep dialogue open. We must not allow the immediate provocation to become the catalyst for undermining our long-term interests.

We need to be open and positive about China’s role in our own economic wellbeing. We need to demonstrate we are willing to invest effort in areas where we can work with China – in climate change, a stronger multilateral trading system, development co-operation and poverty alleviation, scientific research, academic co-operation, peace-keeping and more.

We need to increase our understanding of the richness of China’s history and culture, for with New Zealand’s growing Chinese population that is becoming part of our own heritage too. In turn, we should promote an understanding in China of our own tikanga.

China’s significance for New Zealand is magnified by its impact on our longstanding friends, just as China is interested in New Zealand not only because of what we bring on our own account but because of our links with those same traditional partners. It is both a point of leverage and a restraint on us.

Nonetheless China will shape too much of our own future for us to farm out our handling of the relationship to others.

This article has been republished with permission from Stuff.co.nz 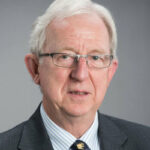 Tony Browne was New Zealand Ambassador to China from 2004 to 2009. He is now associated with the New Zealand Contemporary China Research Centre at Victoria University of Wellington.