JACK WATERFORD. We intended Covid inquest idea as an insult – for no good reason

There is nothing wrong with thinking that there would be an appropriate moment for an extensive international scientific review of the arrival of the 2019 coronavirus. 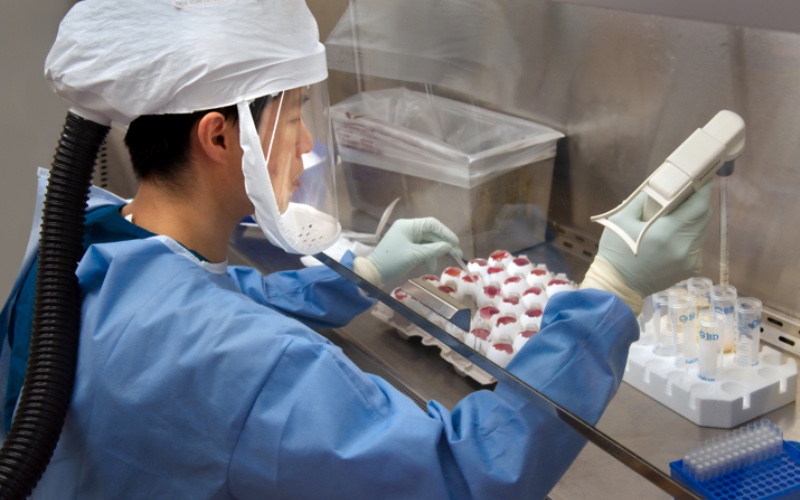 Its characteristics and mode of transmission, its epidemiology (when countries get around to that) and its strange aetiology, particularly among, on one hand, the young, and on the other, older people with compromised immune systems. That could and should involve critical review of how various countries, including China, dealt with the pandemic, including by quarantine, lockdowns, social distancing, as well as with treatment, including ultimately, we hope, the development of a vaccine.

It would also involve a review of the way that countries – including China – shared information, pooled resources, used international organisations and facilities, including the World Health Organisation, as well as local resources and pre-rehearsed plans. Even assuming that there is room for criticism, if not as scathing as some suggest, for China’s delays in realising that it had a major epidemic on its hands, it is not all a bad story, even from China’s point of view. Indeed China seems to have acted more quickly, more decisively and more effectively, than its chief critic, the United States, which had months to prepare for the onslaught and did very little.

Morrison, or our foreign minister, Marise Payne – or perhaps, the Minister for Health, Greg Hunt, who was our connection with the public health campaigns of China and the WHO  — could well have had such an idea and taken it up with China privately before putting China on the spot. As it happens we were at an excellent vantage to facilitate the provision of experts from here and abroad to work with China in such a review. But it was immediately clear that the purpose of the Australian “initiative” was not to conduct a review of benefit to the whole world, but to engage in political warfare with the Chinese state, using failures of organisation and leadership as a stick with which to beat the state.

This was underlined by the way in which the first Australian public mention of the need for such an inquiry, along with some words about “accountability and transparency’’ came from Peter Dutton, otherwise in a witness protection program avoiding any transparency or accountability for Commonwealth failures to screen several thousand passengers and crew from cruise ships. Marise Payne took the idea further, if with every appearance of playing to a pre-prepared script several days later before the prime minister Scott Morrison too extra steps to make the proposals unacceptable to the Chinese by advocating the equivalent of weapons inspectors battering down doors to catch those with secrets to hide.

The Chinese, predictably reacted angrily, with the Australian government seeming almost to bask in the abuse, affecting great shock that their modest proposal had gone down badly. It is, of course, possible that our politicians were too naïve and ignorant to realise that they were but spear carriers for a Trump disinformation campaign, having succeeded in making unlikely a proper review down the track. Why? Oh Why, not least at a time when Australia (and New Zealand), were winning some international public credit for the effectiveness with which we were managing our containment measures.

Why also, at a time when we were having to deal with China about critically needed pandemic supplies. The public blow-up may have given some slight solace to President Trump, and his chief China antagonist, Secretary of state Michael Pompeo. Blaming China – or state governors, or Democrats, or the fake news industry —  was intended to serve to distract from the administration’s own failures to prepare to face the virus. But if it slightly served an American partisan purpose, it did Australia no favours, and reinforced views in China and the region, that Australia, and Scott Morrison, are but puppies eager to please America, and almost impervious to our own interest.

In The Australian this week, Paul Kelly, described the transformation of Australian official policy towards Beijing as being a decisive event under the Turnbull government. Turnbull, Kelly said, had become prime minister with a businessman’s optimism in China’s growth, not seeing it translating into a military threat. He argued that China had more to lose from the economic woes that a major conflict would bring. Australia could be a friend of both America and China.

But in due course, he says, he realised they were bastards. Utter bastards. First was the extent of spying and intelligence gathering – involving more resources than anyone else. [Perhaps, but they get only a fraction of the intelligence gathered by Five Eyes countries with signals intelligence.] There were blatant attempts to interfere in our domestic politics. A shift to bullying tactics and demands for compliance, along with threats about trade deals. By this account, the new realism in Australia’s dealings with China is a result of our being mugged by reality.

The banning of Huawei from participation in the 5G network came, apparently, after formal advice from Mike Burgess, then with the Australian Signals Directorate (now with ASIO) that “if a state-sponsored adversary has enduring access to staff, software or hardware deployed into a target telecommunications network, then they only require the intent to act in order to conduct [espionage] operations within the network.”

Gee, I wonder what that says about the capacity, or will,  of western intelligence to penetrate a Chine telecommunications network laden with western hardware, software and silicon chips. Or why, somehow it is not cricket for a China to spy on us as we spy on them, or even, for the benefit of our oil companies and former politicians, on nations such as East Timor. One is allowed the conceit of thinking that attempts to steal our secrets are wicked while our efforts to do the same are noble. But one can hardly claim to be surprised.

The supposed new realism about the relationship is the discovery that China is in it for itself, not us, and that it has long-term plans to exert a good deal more influence in the world, not least with its money.  Many see its efforts to position itself in the South China Sea and to shove a very pushy and far from benevolent US further from its coast as being intrinsically sinister — a prelude to a plan of regional then global military conquest. Yet if China wants to be in a position to protect its lines of communications — and to have redundancy via its belt and road program –that is natural enough. It has shown few signs of moving outside its boundaries, except with stray real estate it has always claimed.

Should we read the entrails to say that war now would be better, because it is ultimately inevitable but the longer it is delayed, the more disadvantaged we would be. And who is to make the call on heightened conflict or on heightened tensions given that Australia could not fight alone — is it to be Donald Trump? If we are to sensibly decide that our economy would be better balanced if we were not so dependent on one customer with a capacity and a will to blackmail us, should we be virtuous immediately, by spitting in the face of the million Chinese in Australia? Or by showing no sympathy for the plight of overseas students whose fees have been propping up our universities?

Independent and thoughtful scholars have been examining Australia’s relations with China over decades. But some of the commentators have become mere lobbies for one side or the other. We do have to continually re-evaluate the relationship and develop it according to changing circumstances. That involves a constant politic of balancing long and short-term hopes and interests, including the interests of those deeply enmeshed in trade and those adversely affected by the globalisation of our economy that this has involved.

It involves deepening our understanding of China, its system and its people, and encouraging them to deepen their understanding of ours. It involves respect. It involves frank statements about matters that divide us. But what we have been seeing has been slanging off, insults and giving head to people who actually want to damage, not improve, the relationship.  China’s talk of boycotts might have been blunt and threatening. But some of the Australian talk has been boorish and embarrassing. And from some politicians, including ministers, dog-whistling to an unworthy history of fearing the yellow peril.

Will our security consciousness be enhanced if we encourage anti-Chinese rhetoric, suspicion of strangers and hostility to outsiders? Should we encourage populist alarm about Chinese investment in our country, as a threat in a way that British, or American or Japanese investment is not? Should we expand the barbarism of our own concentration camps to re-educate Chinese visa late-stayers?

Is the prudent response to an international problem –such as a pandemic — cooperation, sharing of resources and information about the pandemic? This is what China has, by and large done, and not only with us, but with all the countries of the world. Or is it a better strategy for us, or for China,  to behave with extreme caution, suspicion, the terror of secondary agendas and fear of the passage of some unintended advantage, perhaps the exposure of some vulnerability.

In most diplomatic war games, the superior strategy is not out-bastardising the bastards and cheating the cheaters. Better to be honourable, respectful and decent, and to take people, more or less at their word. If perhaps with an understanding of the Jack Lang saying, much quoted by Paul Keating: “In the race of life, always back self-interest: at least you know it is trying”.