We need to get Gonski back on track 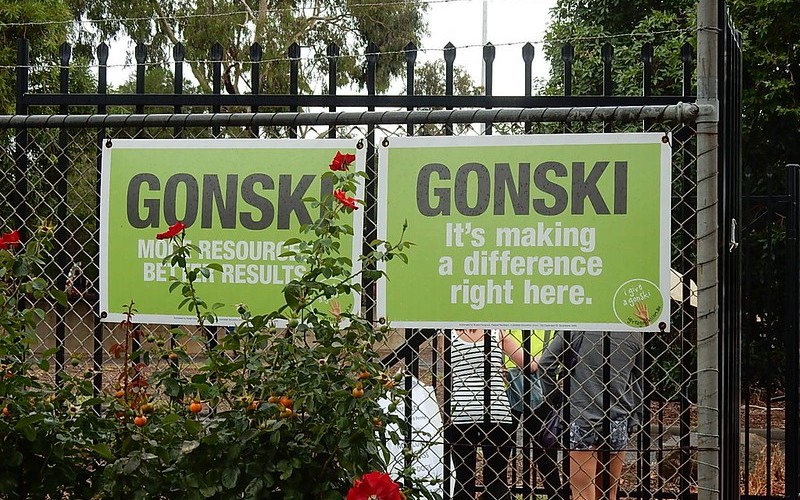 The Gonski Report adopted far reaching equity objectives. It proposed a goal of a minimum level of education for all students. (Image: Flickr / Michael Coghlan)

The Gonski Report on School Funding was published 10 years ago this month. It promised much to increase equity in education. However, its promise was undermined by fundamental flaws in Labor’s new model and trashed by Coalition governments.

It adopted far reaching equity objectives. It proposed a goal of a minimum level of education for all students which it set at Year 12 or its equivalent and the social equity goal that differences in educational outcomes are not the result of differences in wealth, income, power or possessions. The latter meant, for example, that students from low socio-economic status (SES) families should achieve similar outcomes to high SES students.

The Report designed a funding model that would overturn decades of funding policies directed at increasing choice and supporting privilege in education. Instead, it directed funding increases to those most in need. It recommended increased funding of $5 billion a year, the large part of which would go to public schools because they enrol the vast majority of disadvantaged students.

The late Professor Jack Keating said that “It contains the most impressive and ambitious national proposals on school funding since the Karmel report” of 1973.

Ten years later, this judgement stands. The legacy of the Report is enduring as its guiding principles provide the foundation to build an education system to improve equity in education.

The problem is that is that its implementation went off the rails because of fundamental flaws in Labor’s funding model and because it was sabotaged by the Abbott and Turnbull governments. The result was that the biggest funding increases went to the school sectors least in need. Gonski didn’t fail, governments failed Gonski and disadvantaged students.

At the outset, Gillard guaranteed that no school would lose a dollar under the new funding model. One of the Gonski panel members, Ken Boston, said “this was an albatross around the neck of the Gonski panel”. However, it was not enough for private school organisations. Under pressure from them, Gillard replaced it with “every school would get an increase” and that is what happened without regard to need.

Gillard also made a secret deal with Cardinal Pell to delay introduction of the new model until 2014 to give the Catholic Church “a clear moment of political fightback if they wanted it”. This together with the postponement of the large part of the promised $10 billion increase in Commonwealth funding to the last two years of the six-year phase-in made the plan hostage to a change of government. It proved fatal.

Active sabotage began with the Abbott government. It abandoned the $7.5 billion funding increase planned for the last two years of the plan. It also immediately abandoned the agreement that required the states to  increase their funding which resulted in another loss of about $5 billion in state funding.

Last year, the Archbishop of Sydney, Anthony Fisher, said that the Catholic system had “never had it so good”. The same is true for Independent schools, but they are more careful to keep quiet about it.

The disparities in income levels between public and private schools translate into large differences in the availability of human and material resources. OECD data reveal that public schools face greater teacher shortages, have far more teachers teaching out-of-field, have fewer educational materials and poorer quality infrastructure than do private schools.

The resource gap will widen over the rest of the decade to 2029 because of special deals for private schools by the Morrison government and because the Commonwealth-State bilateral funding agreements allow the states to continue to massively under-fund public schools.

The Commonwealth-State bilateral funding agreements include special allowances for the states to include expenditures in their SRS shares for public schools that are specifically excluded from the estimation of the SRS. These allowances result in massive under-funding of public schools.

We have to get Gonski back on track. The basic principles of the Gonski funding model are sound and remain in the legislation. They provide the foundation to develop a Gonski Plus funding model that will deliver a large increase in needs-based funding for public schools and eliminate over-funding of private schools.

The Commonwealth Government has a key role in ensuring national equity in funding and resourcing. Labor must step up for public schools in this election campaign. Labor’s Shadow Minister for Education, Tanya Plibersek, told the Geelong Advertiser last December that “the inequity at the heart of our funding system absolutely has to change”. She said that every public school student should get 100 per cent of their SRS. She re-affirmed this recently in The Guardian.

This should be the central feature of Labor’s school funding election platform. There can be no reneging on this or it will be seen as a betrayal of public schools. A key policy should be to revise the Commonwealth-state funding agreements to fund public schools to 100 per cent of their SRS.

We need to start a national dialogue on increasing equity in school resourcing. If elected, Labor should call a national education summit in 2022 to get Gonski back on track and reduce the enormous resource disparity between public and private schools. All schools should be funded solely on a needs-basis to increase social equity in school outcomes.