We need urgent action to save our life support systems 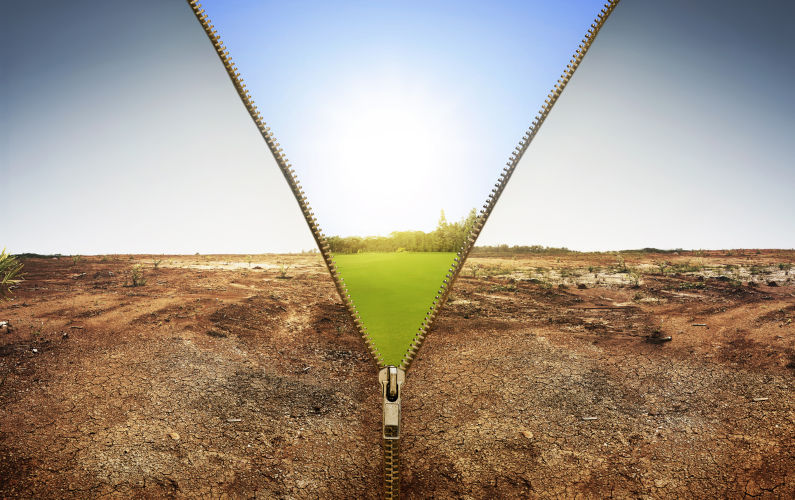 We must modify our sluggish democracy to act urgently, transform our economy, and save our life support systems. The alternative is for economic change to be delivered brutally by nature.

This article continues the highly relevant discussion on the environment and the economy in the articles by Mark Diesendorf, Stephen Williams, Roger Beale and John Coulter.

The Australian environment is in rapid decline. For remediation, urgent and decisive government action is needed on a range of issues, including the economy, if we are to sustain our life support systems.

That’s wonderful – pre-Christmas spending hit a record $75 billion – well ahead of last year, the airlines are flying again, more immigrants to help productivity, and we don’t have to wear masks for COVID-19 to help others, we are back to “normal”.

We are delusional. There has to be a “new normal” if life on this continent is to be sustainable.

Environmental decay rides in the fast train whereas our government’s action falls further and further behind on the slow train stopping at every station. National action is urgent, for promises and targets set at international meetings fail to materialise.

One has to marvel at a parliamentary 2 months break when every day and week sees more irretrievable carbon dioxide spewed out and more species dying with loss of their ecological services.

We console ourselves that we have a government which is at last addressing energy transition and an environment minister who is committed and understanding, new laws are in progress and effective NGOs are demanding iconic species be saved.

But loss of biodiversity is more difficult to understand for governments than climate change, as noted by The Economist in June 2021:

“The biodiversity crisis poses as great a risk to human societies as climate change. Yet it has a fraction of the public profile. In part that is because the loss of biodiversity cannot be neatly quantified, as climate change can, into parts per million of carbon dioxide, or degrees above pre-industrial average temperatures. And the webs that link species within and across ecosystems are even more complex than the processes that drive climate change.”

Unfortunately our environment will be increasingly damaged from rising temperatures because international action on climate change is currently desultory.

By contrast many of our own actions inflict widespread additional damage on our environment which we could cease urgently.

In 2017 a World Scientists’ Warning to Humanity by 15,000 scientists from 184 countries indicated that human well-being was being severely jeopardised by environmental harm. Today it would be impossible to find a biological scientist who is not deeply anxious about impending environmental collapse, yet action remains inadequate.

The natural environment provides our life-support systems – stable climate, clean water, clean air, biodiversity and the ecological services they provide, and the living soil of land on which to grow food. Government should be our intensive care team working with scientific expertise to save lives. All these life support systems apart from stable climate are our sole responsibility.

Action within a hospital intensive care unit doesn’t need political debate and democratic “Have your Say”. The democratic reform we need is to agree on emergency structures which act on science at all times with parliamentary blessing to manage our life support systems.

Do we need to “have your say” on culling the deer damaging so many other species? Crucial actions should be funded and delivered now. Immediate action is needed to eliminate 1.7 million foxes which kill 300 million native animals every year, such as the bandicoot, essential for the health of woodlands and prevention of bushfires by turning over 5 tonnes of soil and debris each year.

Most of all, we must act on our record land clearing which is progressing during the parliamentary recess. It was said that “Plibersek faces 140 decisions pitting koalas against development”. However she faces probably 1,400 decisions to save the thousands of species comprising ecological services.

Land clearing is occurring for grazing, cropping, cotton farming, urban expansion and logging, supported by state governments. There are countless planning issues for housing and roads leading to tree and vegetation removal. Often this vegetation has become habitat in the urban environment for species displaced by wide land clearing.

We must face the lack of conservation of water resources and their contamination, the environmental impact of injudicious use of pesticides, herbicides and fertilisers, and the harm from pollution, discarded plastics and pharmaceuticals.

The sea change in government must bring a coordinated all of government response, the Treasurer embracing economic revision with environmental expertise; reforms of all economic institutions is vital, Reserve Bank, Productivity Commission and all Treasury thinking.

Today every environmental scientist recognises the primacy of consumption, population growth, and current economic thinking as the cause of environmental demise.

Human health and the environment are indivisible. Despite being engulfed by a collapsing health services, doctors writing in the British Medical Journal have recognised that health, wellbeing and happiness do not require increasing levels of income and consumption which drive both climate change and environmental decline.

Much of the $75 billion Christmas splurge led to more emissions and devoured more environmental resources to compromise our future.

We have to modify our sluggish democracy to act urgently, or economic change will be delivered brutally by nature.

For more on this topic, read:

Labor’s environmental denialism? Should we limit population and economic growth?

Not a voice but a shout