‘We share your alarm’ about climate change: Former PMs’ letter to Pacific leaders 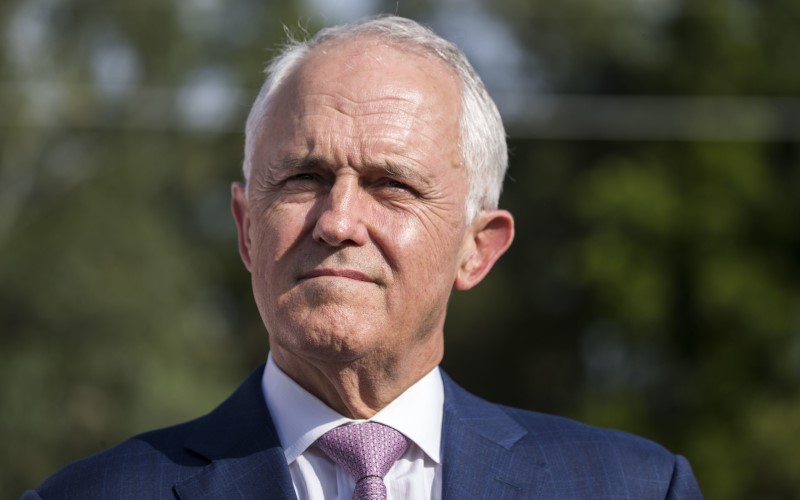 Kevin Rudd, Malcolm Turnbull and Bob Carr have written to Pacific leaders to apologise for Australia’s inaction on climate change. This is their letter.

Each of us enjoys warm memories of our collaboration with the states of the Pacific Islands Forum. We know that the small island and large ocean states of the Blue Pacific live every day with the reality of climate change. Dramatically, and on many occasions, you and your colleagues emphasised the threat that climate change represents to the livelihoods, security, and well-being to the people of the Pacific and to the entire world, including Australia.

We particularly admired the leadership you brought to COP21 in 2015 — leadership which was instrumental in securing the Paris Agreement and establishing the 1.5 degree Celsius global temperature limit. And like us, you welcomed the election of President Joe Biden, greeting him as an ally in the fight to tackle climate change.

Against that backdrop, we share your alarm and disappointment at the suggestion the Australian government will not table a new and increased 2030 National Determined Contribution in Glasgow.

As you know, the Paris Agreement requires nations to step up their short-term national ambition every five years. Glasgow is all about what countries plan to do by 2030 to reduce emissions. In the six years since the Turnbull government’s Paris commitment we have seen the cost of climate action decline just as the cost of inaction has increased. Australia can and should do much more.

Promising net zero by 2050 is the bare minimum and a promise Prime Minister Scott Morrison first made at the Pacific Islands Forum in August 2019. But without accelerated cuts in emissions in the near and medium term, a net zero by 2050 promise has no credibility.

The obstacles to climate action in Australia are not economic. It has never been cheaper to generate zero emission energy in our country. It is the vested interests of the coal and gas industry coupled with right wing populist media and politics that have been the most intractable opponents to cutting emissions faster and sooner.

You will have also seen reports that government ministers are offering $250 billion in subsidies and bailout for fossil fuel firms, slowing the inevitable transition. Of course, the beneficiaries of these subsidies would be overwhelmingly foreign owned miners, including Chinese state owned Yancoal, as well as Peabody Coal, Glencore, Exxon, Chevron, and Shell.

At the same time as it is more urgently and undeniably obvious that the world must stop burning fossil fuels, Government agencies which under our governments promoted the transition to renewables have been restructured to support the carbon sector. Only this month, the Emissions Reduction Fund has been reoriented in the pursuit of so called “clean coal” or carbon capture and storage — a technology which is a thoroughly proven failure now used by the fossil fuel lobby to delay the transition to renewables.

With Glasgow less than two weeks away, we want you to know that millions of Australians are just as disappointed with our government’s lack of action as you are. Your voices and your testimony from the front line of global warming resonate here in Australia as they do around the world. And our decision to take the somewhat unusual step of writing to you collectively today with this message of reassurance is a signal of the importance with which we hold our country’s relations with the Pacific, including for our national interests.

Millions of Australians expect their government to raise our ambition and move faster to cut emissions. They expect leaders who proclaim the peoples of the Pacific are family, to give meaning to that rhetoric with real increases in aid for climate adaptation, not simply shuffling money from one side of the aid budget to the other. And they expect Australia to stop being effectively the only major Western donor to operate outside of the Green Climate Fund.

It was not so long ago that Prime Minister Scott Morrison railed against “negative globalism”. Well there is nothing more negative for the globe, and especially our part of it, for global warming to continue unabated.

At COP26 we know you will press for high ambition action that will limit warming to 1.5C and continue to lead by example. Be assured of one thing: a majority of the Australian people, and all our state and territory governments, are in your corner.

We encourage you to maintain your compelling advocacy for action. Do not be disheartened by the cynical indifference or the empty rhetoric from Canberra. The Australian people are listening to you, more intently than ever. And in the days ahead we encourage you to make clear the absolute centrality in Glasgow of countries delivering the highest levels of national ambition for 2030. 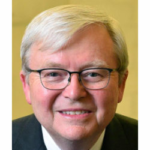 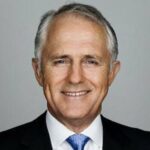