We should ask for a refund on the F-35 fighter planes, not buy more 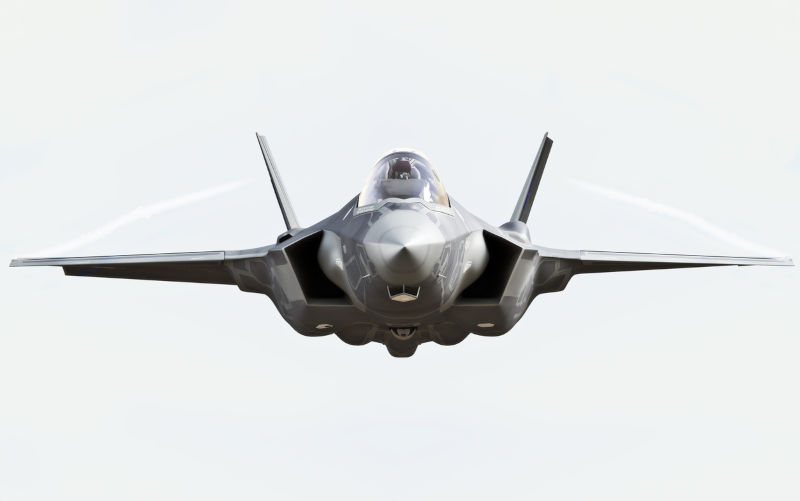 Despite the constant talk about how Australia’s strategic focus must be on the long distances our ships and planes have to cover, the Defence Strategy Review has recommended buying a fourth squadron of short range F-35 fighter planes.

This will bring the total to 96. Given the plane’s long history of costly problems, we should be asking for a refund. The biggest mistake was to buy the plane in the first place. Labor should never have supported John Howard’s 2002 commitment to buy a fighter plane that lacks legs.

The F-35 has a combat radius of only 1093 kilometres. The defence writer Anthony Galloway has noted, “This doesn’t consider the fact aircraft will have to accelerate during combat, which uses more fuel, so its real combat range might be closer to 500 kms”. Even if the radius were the full 1093 km it means that pilots setting out on a practice combat mission from their base at Williamtown near Newcastle would have to return to base well before they reach the Queensland border. Yes, fighters can be refuelled. But the refuelling planes can be detected by radars and destroyed the further the F-35 fly beyond Australia’s border in a serious war. In these circumstances, refuelling would not be feasible.

Although promoted as a supersonic fighter, the F-35 can’t get to a target, or away, in a hurry if needed. This is because it can only fly for 50 seconds at its top speed of 1960 km/hr (1.6 Mach) before it has to slow down noticeably. Other fighters have a significantly higher top speed and can maintain a supersonic level for prolonged periods, unlike the F-35. The Swedish Gripen, the French Rafale and the US F-15EX all have this capability called “super cruise”. The US is buying more F-15EXs rather than the initially planned number of F-35s. The Gripen and the Rafale would be cheaper for Australia to buy, operate and maintain independently. They all have a much better combat radius than the F-35. Australia cannot maintain operational readiness on its own, because the US undermines its sovereign independence by refusing to let it know how to repair numerous secret F-35 parts.

The F-35 is often praised as the only one with a stealth capability which was not considered necessary for the other fighters above. Stealth is not all it’s cracked up to be. It makes the F-35 hard to detect by some radars, but not others operating on different frequencies. It can also be tracked by over-the-horizon radars. Crucially, the F-35 can be seen by optical and heat sensors, as well as detected by the noise it emits. Another give away is the “path” it creates by passing through the earth’s magnetic field. Moreover, the F-35’s stealth vanishes if it carries weapons or fuel tanks on wing pylons rather than internally.

Despite outstanding official critiques being available from the US Government Accountability Office and the Pentagon, Australian officials have repeatedly displayed their ignorance of the plane’s problems. When announcing the initial purchase of 14 planes in 2009 defence officials advised their minister John Faulkner to claim they had done “more analysis on this platform than any other platform in the acquisition history of the Australian Defence Force”. Two months later, US Defence Secretary, Robert Gates announced that he would extend flight testing of the F 35, delay the purchase of 122 planes, sack the general in charge of the program and withhold $U14 million from the manufacturer Lockheed Martin because it had failed to meet a number of key goals benchmarks.

The absence of reputable Australian government reports alerting the public to what’s happening with the F-35 has not improved much. For example, Australia’s defence minister Linda Reynolds in August 2019 praised the Autonomic Logistics Information System in the F-35s as “a cost-effective solution for key aspects of its maintenance management”. Never mind that Heather Wilson, the then secretary of the US Air Force had earlier called it a “costly failure”.

It soon became obvious that Reynolds was badly wrong. In January, the Pentagon announced it would scrap ALIS because it was causing operational delays of 45,000 hours a year. According to a report to Congress by the Government Accountability Office (GAO) in July, US air force crews weren’t sure if a plane was safe to fly because the information provided by ALIS was either missing or too unreliable. Yet the US had paid billions to ALIS’s developers Lockheed Martin. An earlier GAO report said the system’s data could not even be backed up.

Just as disturbingly, the corporate capture of the Pentagon means that Lockheed Martin ultimately flies Australia’s F-35s via extended data communications links from the plane back to the manufacturer in the US. The pilot relies on a constant stream of input from the US, using a communications link that could potentially be hacked or jammed thousands of kilometres from the Australian pilot’s actual location.

Media reports show the Pentagon’s Cost Analysis Unit has put the F-35’s life cycle operating and sustainment costs at $US1.723 trillion in 2020 dollars – easily the most expensive weapons program in history. It says that $1.266 trillion of the $US1.723 trillion is for operations and support and the rest for the initial acquisition cost. On this basis, the life cycle cost in current dollars for Australia’s F 35s will be approximately $(A)475 million per plane.

Defence gives an average price of over $12O million each for Australia’s F-35s when fully operational by 2023. The Swedish Gripen, arguably a much better plane, costs around $A80 million and has low sustainment costs. These costs are the killer for the F-35. Although improving, the Australian Strategy Policy Institute estimates the sustainment costs to be triple those of the F-18 fighter it replaces.

However, F-35’s sustainment costs of $328 million for 72 planes is far better than the $532 million for 24 Super Hornet Fighters and another 11 configured as Growler electronic warfare planes. They have pathetic combat radius of 722 km.