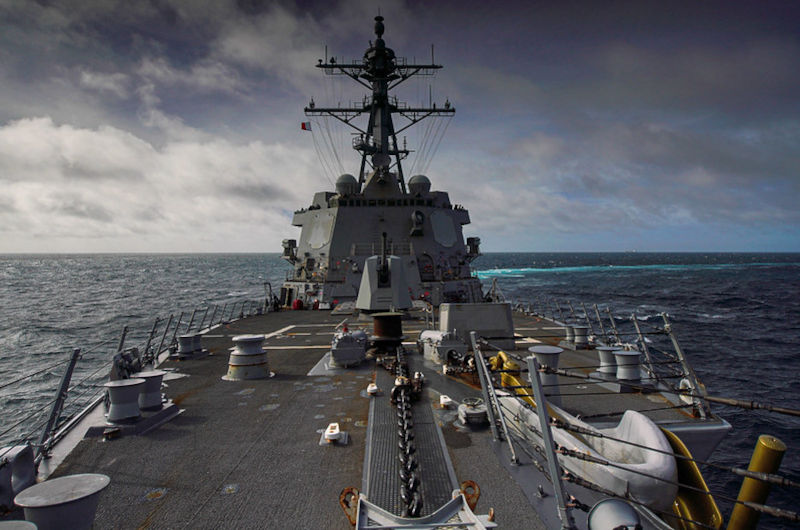 With Western ‘unity’ enabled by Iran’s nuclear scheme and Russia’s invasion of Ukraine, China must not oblige with ruinous cross-strait war.

Now and then I wish I could ask the same piercing question raised by a fellow journalist to an audience. These two were apparently asked by a Financial Times commentator of a group of Western policymakers at a conference: “Do we want China to fail? Isn’t that what we want to happen?”

While they may sound rhetorical, they do point towards the reason why the Western political and media elite, especially those in the Anglosphere, have been ganging up on China – sorry, I meant showing Western unity – with its every move. No? zero Covid, bad; not zero Covid, also bad. We need to step up Taiwan’s defence because Beijing is about to invade; we need to step up Taiwan’s defence even if it’s not.

When it comes to China, Aristotle’s law of noncontradiction doesn’t apply. But if the ancient philosophical sage was right, that would screw up your sense of reality; and that pretty much explains the inherent incoherence of Western, read, American foreign policy towards the Middle Kingdom.

It has gone to the point of absurdity that even the FT, whose commentators frequently contribute to the insanity, is belatedly asking some relevant questions. One of them wrote: “Then there is the moral question. Are you comfortable with wanting more than 1.4 billion Chinese – many of them still poor – to get poorer? Demand and investment from China are critical to countries in Africa and the Americas. Do you want them to get poorer as well?”

Without casting doubt on the writer’s own personal morality, the answer is clearly yes for the West. Let’s not feign moral or humanitarian concerns about the welfare of Chinese or any others. Western sanctions against Iraq under Saddam Hussein killed between 150,000 and half a million Iraqi children, depending on different estimates. But that’s all water under the bridge, ancient history, you say. Well, not really. Consider this official press statement, released before Christmas by the Office of the United Nations High Commissioner for Human Rights.

It continued: “The sanctions impede Iranian scientists from engaging in joint environmental research projects abroad, and even prevent Iranians from accessing online databases and courses about environmental issues and sustainability.”

Predictably, it was ignored in the mainstream press. What about the warnings of Alena Douhan, after her visit to Syria in October and November? Her long title is the UN special rapporteur on the negative impact of the unilateral coercive measures on the enjoyment of human rights. “The whole [Syrian] population stays in life-threatening conditions with severe shortages of drinking water, [electricity, fuel, and food],” Douhan said. “Maintaining unilateral sanctions amid the current catastrophic and still deteriorating situation in Syria may amount to crimes against humanity against all Syrian people.”

You probably didn’t know about that either. But I am pretty sure you know, and may have a strong opinion about the visit to Xinjiang made by former UN human rights chief Michelle Bachelet in May. The way of the (Western) world!

For all its pretensions of universal humanitarianism, the real question is: can the West afford to be poorer without China? Europe is already in economic dire straits because of Russia, which is only a third-tier economy. China’s economy is a different ballgame, taking up almost 20 per cent of global GDP. It is the largest trading partner with two-thirds of the world’s nations, including many from the West.

Sometimes, I wonder if some elements of the Western elite secretly wish for a Taiwan invasion. Just as Iran’s nuclear programme and Russia’s invasion of Ukraine have removed the ambiguity and complexity of the issues, a cross-strait war would do the same against China.

My guess is that Beijing will refuse to oblige because that would enable an elusive Western “unity” and policy coherence.