Western commentators are blind to their limits on China, Russia 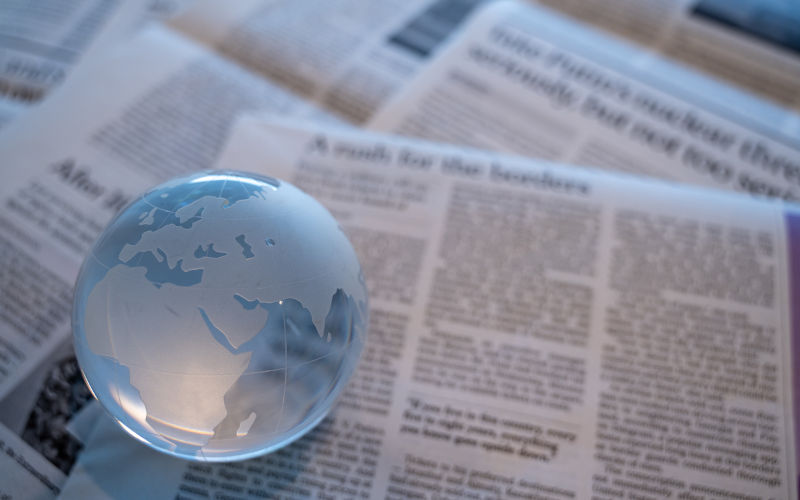 When watching or listening to experts on international affairs—especially those speaking on China or Russia and the war in Ukraine — there’s one question you should keep asking yourself. How do they know?

Take for example, an interview run on the ABC’s World Today on 28 December 2022.

Rowan Callick, Industry fellow at Griffith University’s Asia Institute was giving his expert opinion on the Chinese Government’s decision to relax its Covid 19 rules. Callick said the Chinese had no narrative to explain the sudden change in direction.

“I think actually he’s [Xi] surrounded by a group of people who do tend to tell him everything he does is great. This is part of the problem. He’s restructured the party in a way so that decision making only relies on an inner circle. I think they’re actually not sure how to represent things, how to repackage things.”

In a series of emails I put the question to Callick. How did he know that Xi was surrounded by a group of people who told him what he does was great?

He replied providing a series of links to articles in the Australian Financial Review, the New York Times (NYT), the Guardian and the Economist.

Reading these I found the articles quoted a number of people, mostly based outside China, with a few based in Hong Kong. So the question remains: how do they know?

In answer to this query Callick replied that it was inevitable that commentary about the party was most lively outside the PRC, simply because there was no room tolerated for public discussion within.

He said one of the commentators, Chris Buckley, the NYT chief China correspondent, who grew up in Sydney, was an extraordinarily well-connected correspondent who had a PhD in Chinese governance issues and had lived for 25 years in China. Willy Lam, a Hong Konger and senior fellow at the US-based Jamestown Foundation, was famously well-connected, politically. Callick also pointed out that he had worked in Beijing for six years, and had written a book on the party and had his own contacts and understanding of how the party worked.

Most of these commentators agree that the Chinese system of government lacks transparency. For example, Chris Buckley, said so in so many words, when writing on Hong Kong in 2021 in the New York Times and referring to the “Communist Party’s usual calculated opacity.”

Opaque, and yet the experts based at the Hong Kong Baptist University, Seton Hall University, a US Catholic university, or the University of Chicago somehow know what’s going on?

When I worked as a political correspondent in Canberra I found it a challenge finding out what was going on in our Cabinet room. I spoke the language. I knew the ministers and members of their staff. I could bump into them in the corridors of Parliament House, or at the supermarket. Sometimes I and other journalists heard of the arguments. But on many matters we didn’t know what was going on.

I don’t believe these commentators know about the internal debates in the Chinese government. They can speculate. They can guess. But they simply don’t know and should qualify all their comments by saying so.

If the Chinese inner circle are all yes men, how is it that the government did change its Covid Rules? A debate must surely have taken place?

Can all these policy decisions be made without debate?

I simply do not believe it.

News reporting is one thing. Commentary another. Ukrainian President Zelensky is often quoted on the record, as he should be. Other senior Ukrainian officials also get a run. Russian President Putin is less often quoted directly. Reports of actual missile and drone attacks, casualties and destruction are appropriately covered.

But commentary and analysis are another thing. Statements from Western government representatives who may well be spinning a line, are frequently taken at face value.

In April the UK’s Financial Times headlined an article “Russia running short of precision missiles, say western officials”. Then on May 5 we had the Sun newspaper reporting the head of Britain’s Armed Forces, Admiral Sir Tony Radakin, saying that a humiliated Vladimir Putin was running out of missiles trying to defeat Ukraine.

The more reputable New York Times joined the clamour quoting Max Bergmann, a former American diplomat at the Center for Strategic and International Studies in Washington saying there were several signs that Russia was running low on precision-guided weapons and “it’s not clear that they have huge reserves.”

But what has happened since these expert insights? The Russians have launched a series of the heaviest of missile attacks.

The language used in the reports is interesting. The Russians are said to be using “kamikaze” drones. The use of the term is clearly intended to imply some sort of crazy, suicidal behaviour. But since when has a drone made a decision to take its own life?

Such descriptions are not neutral or accidental. The Syrians used evil “barrel bombs” in their war. The Americans used “smart weapons.”

Russians target “civilian infrastructure” in Ukraine and it’s said that this may be a war crime. Forget the fact that electricity generated from power stations is used by the military, as are railways, roads and bridges.

Were the Dam Busters war criminals for their World War II actions? Were Hiroshima and Nagasaki purely military targets? And what of Baghdad? In response to Iraq’s invasion of Kuwait, for example, the US dropped 88,500 tons of bombs in one month in 1991, destroying both military and civilian infrastructure.

Where were the calls for war crimes trials for the destruction of Iraqi infrastructure then?