West’s ‘divide and rule’ culture a great threat to development 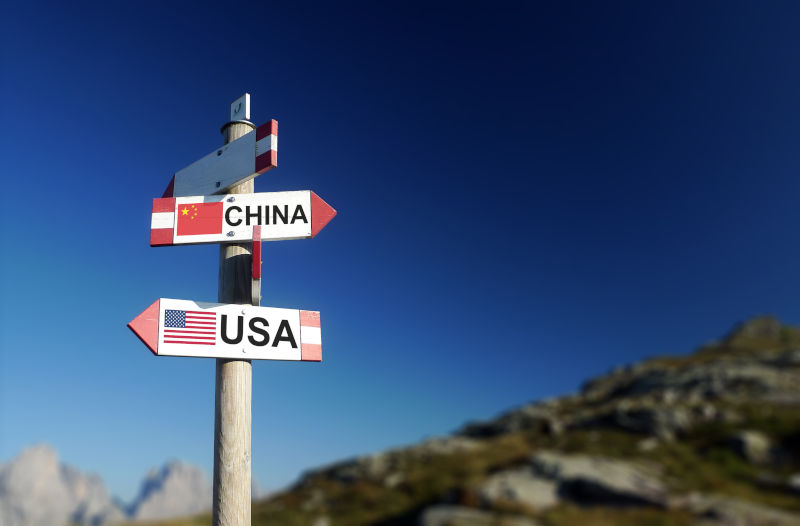 The latest 2021/22 Human Development Report was recently released. Titled “Uncertain Times, Unsettled Lives: Shaping our Future in a Transforming World,” it “paints a picture of a global society lurching from crisis to crisis, and which risks heading towards increasing deprivation and injustice.” This is a big shock to those of us who aspire for a world of shared prosperity.

“For the first time in the 32 years that the UN Development Programme has been calculating it, the Human Development Index, which measures a nation’s health, education, and standard of living, has declined globally for two years in a row.” A good question is: What is driving this gloomy and worrying development? Can human development resume?

Achim Steiner, UNDP administrator, calls for a renewed sense of global solidarity to tackle “interconnected, common challenges”. He noted, however, that the international community is now “paralysed in making these changes”. The recent reversal in global human development reflects the lack of solidarity among humans. Instead of working together to tackle our common problems, the leading politicians of the world have opted for “divide and rule”. By that I mean the tendency of many politicians in the West is to create imaginary “threats” from outside their own countries in order to distract their voters from problems at home. This tactic to maintain their rule has proved successful because the “free press” in the West has been at the behest of political interests. In an op-ed in the South China Morning Post published on Dec 10 last year, Alex Lo described how readers are “forever misled by Western propaganda”. He was appalled by “the editorial selectivity of Western mainstream news and the political issues that Western politicians like to shout out to the world”. He noted that, for example, the Western media would not say a word about “the genocidal war in Yemen, led by the Saudis and supported by Washington”. Yet it never stops to smear China and chooses to forge the Uygur “genocide” fiction, oblivious to the fact that the Uygur population has been growing faster than the Han population, and that most Uygurs are enjoying economic prosperity and peace not known before 2017. I was appalled to see a story in Time magazine titled The Han Supremacy, with the subtitle Beijing’s Ominous Campaign to Define What it Means to be Chinese. One piece of “evidence” presented was that “an ethnic Kazakh Muslim who grew up speaking a Turkic dialect was forced to learn Mandarin Chinese, salute the Chinese flag, and sing songs exalting the Chinese Communist Party”. The concluding remark was that “China no longer makes pledges to respect human rights according to international definitions”. The author of the article’s logic is despicable. Using the same logic, people of different ethnic backgrounds in America are forced to learn English, salute the American flag, and sing songs exalting Western democracy. There are numerous counts of America’s proven violations of human rights, but the US politicians and the mainstream media only look outside of America for human rights abuses.

Actually the Chinese and the American peoples share the same values. The Beijing 2008 Olympics slogan was “One World, One Dream”. We all cherish peace, prosperity, freedom, equality and respect for human rights. Although China’s political system is different from that of the US, the ends are the same. A political system is just a means. Which works better needs to be empirically tested. China upholds the principle of equal political rights among all people, regardless of ethnic origin, gender or background. China has had peaceful transition of the leadership for decades, with the new leadership selected by a rigorous process based on contenders’ track record and merits. This system has proved to work really well. The West may object that China’s leadership is called the Communist Party of China. But that is just a name and not an ideology. The CPC’s “ideology” is to use whatever works best to serve the people. From this perspective, what is wrong with songs exalting the Communist Party of China?

China has never attacked Western democracy as evil. Why does the West attack China’s democracy as evil? Democracy is meant, after all, to serve people’s best interests. The CPC is striving hard to do this, and this is not a lie. Poverty eradication, connecting people through infrastructure, availing education and healthcare to all, building a social safety net for all, protecting the environment, developing green energy, ensuring food security and national defence — you name it. The US is called free, but the percentage of the American population behind bars tops the world; life expectancy is declining; its infrastructure is in disrepair.

This “divide and rule” culture is no doubt today’s greatest threat to human development. Not only does it mean that many countries are now failing to attend to their own problems, but they are threatening world peace. Selfish politicians continue to be shortsighted. Instead of collaborating with peaceful countries around the world to tackle the world’s menacing climate-change problems and sagging economic growth and surging inflation problems, they continue to steer their people on a road to hostility toward other peoples and even potential military conflicts.

This past week, a summit on Hong Kong as the capital of cultural exchanges was held. In my book Psychology and Economics of Happiness, I had one chapter on the importance of culture to happiness. Culture is more than the arts and the cultural industry. It is our way of life. If we have a culture that connects humanity together, we live in peace. If we have a culture that divides people and makes all of us an enemy of one another, we will not have peace. We will have sagging human development.