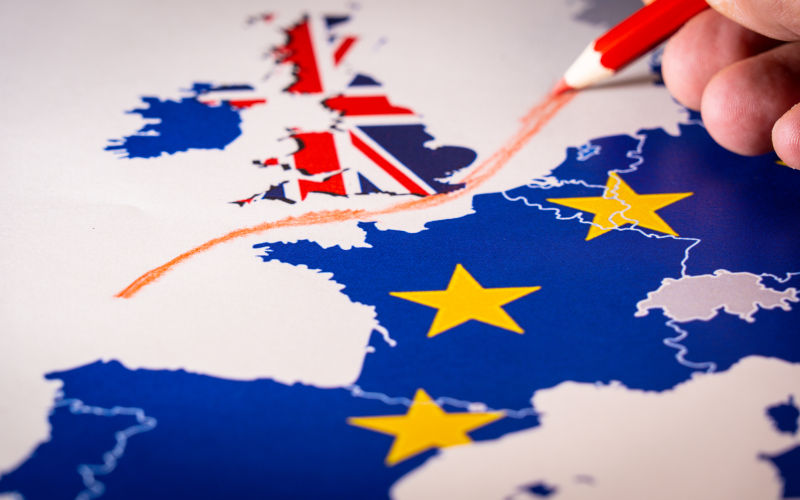 I’ve been asked to come out of blogging retirement, temporarily, to explain why Brexit has been at the root of Britain’s most serious problems since Brexit was decided in 2016 and which a growing body of commentators rate as a colossal mistake. Contrary to Boris Johnson’s repeated assertions, Brexit has not yet been done and can never be.

This is a good time to re-evaluate Britain’s situation since Brexit and its consequences. By last December, exactly two years after its Withdrawal, Britain was supposed to have settled its formal trade relations with the EU and more widely. Unsurprisingly, as I foreshadowed in my blog of 22 November 2020, this has not happened. I believe Brexit has been at the root of Britain’s most serious problems since Brexit was decided in 2016. It was a colossal mistake. The years since 2020 have been replete with acrimony among all of the relevant parties, who have been accusing each other of bad faith and downright dishonesty, culminating with the UK’s attempt to breach international law by denouncing the UK/EU Protocol which had been intended to square off a multitude of legal loose ends and enable normal relations with the EU to proceed. The Protocol was also intended to safeguard the political settlement in Northern Ireland based on the Good Friday Agreement of 1998 by putting a lid on the possibility of triggering a resumption of sectarian conflict as a consequence of the fall out from Brexit.

Why is the Protocol so critical? As the date approached for Britain to decide whether it would leave the EU with or without an agreement the awkward implications of Northern Ireland remaining in the EU’s Internal Market emerged, over the question of an unavoidable border between two separate economic systems – if leakage across the exposed border was to be avoided. Throughout the interminable negotiations British governments under both Prime Ministers May and Johnson denied that this would require a supervised land border, the very thing that would be abhorrent to Catholic and Protestant alike. Attempts were made to devise an invisible electronic border whereby processing could be carried out offstage using data alone. When this was found to be impractical the notion of the border being drawn at some mid-point in the Irish Sea was proposed. There was objection to this as much on principle as on practicalities. In time the Irish realised that they were being taken one way or another. The Protocol was drawn up envisaging also that both parties would fulfil their existing trade and industrial undertakings but as time went on there was little interest on the British side in that. At the end of the process there would still be a border as the EU as a whole couldn’t accept any border leaking from an outside source, a privilege that could not be granted unilaterally to any member. Eventually, and before the unprecedented spill of British PMs, the UK government introduced into the Parliament its Internal Market Bill to allow for the denunciation of the Protocol which if proceeded with would breach international law. The US advised the UK that if the UK went ahead with this illegality (as Johnson intended to do all along) there would be no UK/US trade agreement which the British had been very keen to get. In spite of on-going discussions among the parties the border issue remains pretty much as described above.

This impasse and divisiveness has also prevented the recently elected (May 2020) Executive and Assembly at Stormont from convening, leaving Northern Ireland being run by civil servants, tied to their briefs.

Underlying all politics in Britain is the fact that public trust in government and politicians in general is at its lowest level in ages as evidenced by the government’s evasions about the Protocol. The trust issue exists on two levels, in relation to process and in relation to the state of the governing Tory Party – which is several contending parties in one. But only one part remains dominant – the Brexiters. This latter point is key because appointment to the Ministry requires on the part of an appointee unqualified and unconditional support of Brexit which has inordinately circumscribed the available talent pool for such jobs. As the credibility of Brexit has been unwinding it is becoming increasingly difficult for the party and the government to maintain the pretence that it wasn’t a mistake in the first place. But no one in government will yet be seen yet to admit this, which has left ministers and their spokespersons twisting in the breeze, distorting and dissembling facts, squaring impossible circles to the extent that policy from a Brexit perspective is seen to have become far removed from reality. This approach was further stretched when the government under Johnson, aided by his ever willing side-kick, one Jacob Rees-Mogg, made several unavailing attempts to structure government around the ‘successes’ of Brexit. Hence when this failed as it would, there was the desperate resort to magic pudding thinking and the mini-budget of Liz Truss, which within weeks nearly destroyed the economy and marked the shortest tenure of any prime minister in British history.

Johnson had sought to distract attention from his government’s failures and his own personal foibles and character deficiencies by announcing ‘Global’ Britain to the world stage – utilising two trump cards: British support for the defence of Ukraine and the UK’s nuclear submarines. The latter he put into the mix with AUKUS which provided an instant Indo-Pacific connection. That was done without any in the AUKUS group checking the policy change (or extension) with their respective Parliaments, a process that suited at least two of the parties. But that’s another story.

To return to the question what ails Britain, leaving Brexit aside for now, there is no shortage of candidates starting with the current general industrial disruptions, striking railway workers, hauliers, hospital staff, ambulance drivers and school teachers, to name just a few, many of these strikes being timed to cause maximum inconvenience to the general public. And of course the earlier massive lockdowns supposedly to contain the ubiquitous coronavirus and its various subspecies hasn’t assisted morale. Now with the winter cold settling in further and deeper conditions in Britain overall are far from benign. Uncertainty over supply chains for food and pharmaceuticals, compounded by significant cost of living increases, and inflation without commensurate income offsets, has confounded a government in office but not really in power. Which it can not be until there is a General Election, not due until about mid-2024.

Meanwhile Prime Minister Rishi Sunak is holding the show together though he continues to assert that he is a Brexiter which means that he must adhere to aspects of its unreality. Had the Labour Party been in good shape all this time in spite of being blind-sided by Brexit, its embrace of Jeremy Corbyn for too long was just that, too long. And by Corbyn’s side then was the current leader, Keir Starmer, who has until recently been overly circumspect in questioning the electorate’s choice of Brexit in 2016. But this is changing and a credible questioning of Brexit from his side is emerging, leaving the party less than a year, in reality, to present itself as the government Britain needs.

Where might Britain go if there is a change?

If the electorate sees the light and accepts that Britain must have an effective working relationship with the EU, and avoids any further gratuitous endangerment to the Good Friday Agreement, a way out of the current enfeeblement may exist, and the electorate may come to accept a resumption of Britain’s participation in the EU’s Internal Market. This is not the same as returning to the EU itself though a recent poll showed that 56% of the British people now accept that Brexit was a mistake. Returning to the Internal Market would provide scope for the harmonisation of regulations in numerous sectors of the wider economy required for service efficiency and for reduced processing costs. And would resolve the Irish border issue! Only 45% of the electorate are prepared to contemplate a full return to the EU. To that extent the Brexiters may have been successful but at incalculable cost. The task is still ahead if what ails Britain is not to be repeated.

Andrew Farran in his younger days was a diplomat, Commonwealth civil servant and law academic (Monash). His subsequent business interests included international trade, intellectual property and publishing, and wool growing. He was a regular contributor to Pearls & Irritations from 2017 – 2020.