What are hostilities if not war? 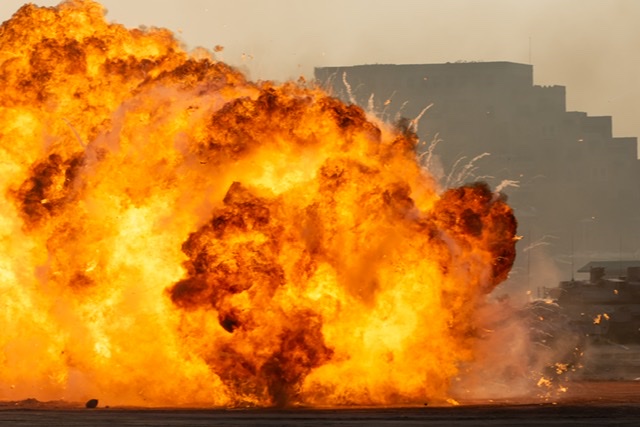 Rarely is the United States not at war. Trump didn’t start any wars, but he didn’t end any either. Biden is keeping America’s enemies and adding new ones. Congressional control over how the US goes to war and what it’s called has again become a pressing issue.

Following the ‘war on terror’, three concerned American Senators crossed party lines in July to clarify the rules governing how Congress authorises allocate funding for wars. Democrat Chris Murphy, Republican Mike Lee, and Independent Bernie Sanders have drafted a bill to replace the War Powers Resolution of 1973, which was passed at the height of the Vietnam war.

Their proposed ‘National Security Powers Act’ sets up a row of obstacles for a president who wants to exercise the powers of Commander-in-Chief. They include requiring the president to provide Congress with a clearly defined mission and operational objectives, to estimate its cost, scope and duration, and to identify the enemy or group to be targeted and the weapons to be used. The president must also identify any partnering forces. If those conditions change, a president must seek further authorisation for the use of military force, and secure a joint resolution of both chambers. Both new and existing authorisations will face ‘sunset’ end-dates.

Congress controls a belligerent president by withholding the money. Alarm at the latest ‘trillion-dollar war’ in the Middle East has led the reform-minded Senators to propose cutting off funding a war for which a president is unable to secure authorisation from Congress. The termination of funds for an existing unauthorised conflict, now set at 60 days, and requiring a veto-proof majority, will be reduced to 20 days and become automatic.

Over the years, gaps in the War Powers Resolution have been exploited. US bombing of Libya, for example, was claimed not to amount to ‘hostilities’, because there weren’t American troops on the ground. The same applied to Yemen. The new bill defines hostilities more widely, to include ‘missions’ and drone strikes, and those can be remote or intermittent. It seeks to repeal all existing war authorisations, including the War Powers Resolution itself.

Inexplicably, the bill doesn’t cover American forces assigned to other countries to advise, assist or train foreign forces, regular or irregular – as happened in the early years in Vietnam – unless doing so makes the US a party to a conflict, as it did in the later years in Iraq and Afghanistan. Closing this loophole would ensure real progress, which would be welcome in much of Latin America and the Middle East.

Three reforms make up the proposed National Security Powers Act. The war powers are one. The other two deal with arms exports, and national emergencies.

The list of US weapons sales is alarming for an outside observer. In a country that can’t control guns in its own population, the bill proposes that Congress will not approve sales of some of the most destructive and destabilising weapons, but only over certain multi-million-dollar amounts. But both chambers must approve the countries identified for these sales, which may exclude Trump’s friends, Saudi Arabia and the UAE.

All governments are concerned about national emergencies. Objections to this sort of legislation, including in Australia, concern what governments should do in the event of an imminent threat or an actual attack. But past experience shows that leaders wanting to increase their executive authority will exploit a crisis in the name of national security. The new bill gives Congress the responsibility to approve or disapprove a president’s emergency declaration and specific emergency powers within 30 days. Future states of emergency will not exceed five years and will be subjected to annual Congressional renewal. The bill brings to an end America’s 39 ‘emergencies’, some dating from the 1970s, and it includes ending the use of sanctions, at least in those situations.

If Biden and the leading Democrats do not support the bill, it may very well fail, like many past war powers reforms have done. But the House of Representatives voted in June to repeal the authorisation for the use of military force in Iraq, and the Senate is likely to do the same. Its effect would be even stronger if Congress amended the bill to state that wars of aggression
and the threat or use of armed force are Contrary to international law and to treaties signed by the US.

Meanwhile in Australia, with ANZUS turning 70 in September, Talisman Sabre war games looming, military talks to follow in Washington, and some prominent Australians welcoming the beating drums of war, no time could be better for taking the Parliamentary pulse about Australia going to war. That’s what Michael West Media is doing in an ongoing series.

Politicians of all shades are responding to questions from Natasha May, an Oxford-educated researcher for the online news site. Their replies are mostly short, but they’re not nasty or brutish. Some don’t reply at all, and that gets recorded too. Some, including Bob Katter, are surprisingly supportive of changing the war powers that enable an Australian prime minister virtually alone to dispatch the troops. The Greens and most Independents favour reform. Coalition members don’t, so far. Labor politicians mention the two ALP resolutions to inquire into the war powers in their first term in government. But several shadow ministers who advocate parliamentary ‘scrutiny’ of a proposal for war don’t say what should follow that to have a real effect: a debate and a vote in both houses?

With the latest of several bills to change the war powers in Australia before Parliament, drafted by Greens member Adam Bandt and Senator Steele-John, politicians and others will be closely watching the progress of the National Security Powers Act in the US Congress.