What do we need from next week’s Budget? An increase in tax revenue 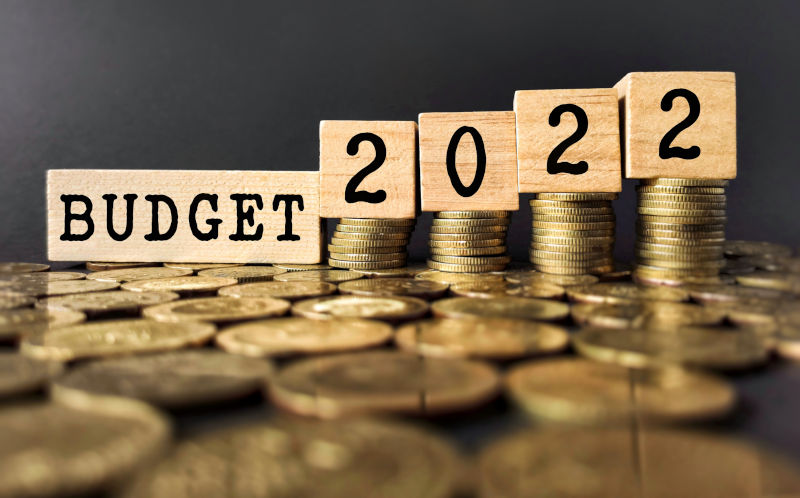 The biggest budgetary challenge is to correct the inadequate funding of essential services. Hopefully this Budget will help initiate the necessary national conversation to correct this fundamental defect. In short, a significant increase in tax revenue is required.

In the runup to the last election the ALP strategy was based on providing only a very small target. That strategy worked, and Labor won the election.

Since then, in preparing for his first Budget next week, the Treasurer has continued to try and diminish our expectations. To this end, he continually reminds us of the difficult and uncertain economic situation internationally and the trillion-dollar debt that the Albanese Government has inherited.

What the Treasurer is saying about the difficult economic situation facing the government is true. But will a continuation of the Coalition’s small government strategy really meet the needs of the future?

In fact, a government’s budget is usually judged by how well it meets its two principal functions:

When the economy is at full capacity the traditional expectation is that public sector should not make any net addition to demand. Instead, a balanced or modest budget surplus would be appropriate.

Right now, the economy is at full capacity, with unemployment at its lowest level in almost fifty years, and there are significant skill shortages. However, the critical issue is how fast should government support be withdrawn, given the uncertain economic outlook?

Some lowering of the budget deficit seems likely, as failure to withdraw any fiscal support, would throw more of the burden of reducing the unacceptably high inflation rate onto monetary policy with consequently higher interest rates. Also given the cost of servicing the stockpile of government debt, the government will want to minimise further additions to that stockpile.

In its assessment of how fast the budget deficit should be wound back, the Business Council has been reported as advocating getting back to budget balance over the next ten years. On the other hand, at this stage, that seems much too long a time period to me.

The provision of services and their funding

My main concern about next week’s budget, however, is not the size of the deficit, but whether the funding of government services will be adequate.

Obviously there are differences in political values about the responsibilities of governments for service provision. Nevertheless, I think there is also a large amount of consensus that all Australians are entitled to basic levels of education, health care, income support and shelter and that consequently governments have a responsibility to ensure the provision of these essential services. The political debate is not so much about this basic responsibility but about the details such as the eligibility conditions, and the quality of the services provided.

The problem is, of course, that these government funded services must be paid for, while too often the debate about taxation starts from the premise that lower taxation is the obvious goal, and the over-riding priority. Too often the purpose of taxation – to pay for essential public services – is ignored. Too many people don’t seem to appreciate that in opposing higher taxation they are opposing adequate provision of health, education and much else.

As a result, Australia has experienced a decade of under-funding government services. The Coalition Government sought to return the budget to surplus while lowering taxes, not by removing services, which would have been politically suicidal. Instead, the Coalition resorted to under-funding them.

Consequently, right now there is widespread agreement that the provision of many specific services is presently inadequate and/or under severe strain.

For example, there is considerable agreement that extra funding is needed for:

Perhaps more controversially, I would add the need for more funding to aid:

The new Labor Government has recognised to some extent the need for additional spending to respond to the most important of these unmet needs.

According to the Treasurer, over the next four years:

Even so it is unlikely that these projected increases in funding for essential services will be adequate. For example, these projections do not include provision for the wage increases that will likely be required to adequately staff the provision of health, education, aged care and childcare.

It is true that there have been recent improvements in the revenue forecasts, but how long these will last is uncertain, and in any event as the Treasurer has observed:

These improvements in revenue “go nowhere near to properly paying for the five fastest growing areas in the budget: healthcare, the National Disability Insurance Scheme, aged care, defence, and the rising cost of interest we pay to service the $1 trillion of debt.”

How much extra revenue is needed?

Overseas comparisons, as shown in Table 1 below, suggest that Australia is exceptionally low in its funding of public services. Relative to GDP, total government spending in Australia is:

Note that these international comparisons of government outlays are based upon 2019, as comparisons for subsequent years are distorted by the different government responses to the Covid pandemic.

This international comparison provides further evidence that more public funding is needed for adequate service provision. Why do we think we can provide the usual range of public services so much more cheaply than the UK and Canada, let alone the typical member of the European Union? And no-one is seriously suggesting that productivity or innovation is lower in these other countries because of their higher taxation.

However, to properly assess just how much more public funding is needed we really need a full-scale and public review. In the meantime my rough guess is that, even after allowing for the increases planned by the new Government, extra funding equivalent to around another 2½ percentage points of GDP is needed.

To this must be added the extra revenue to close the budget deficit over time or approximately another 1½ per cent of GDP, meaning a total increase in revenue over time equivalent to around another 4 per cent of GDP.

Where will the extra funding come from?

The starting point in searching for this extra funding is what scope is there to reduce present waste or low priority expenditures. Labor is investigating this, but it is doubtful that the Government will come up with savings adding up to as much as 1 per cent of GDP, while 4 per cent is needed.

Economic growth would help, but not much. There is scope for some improvement in productivity growth and in employment participation, but not a lot. In this connection it should be noted that:

In short, a significant increase in tax revenue is required.

To sum up, the forthcoming budget should be judged principally in terms of how well it sets us up to solve these fundamental fiscal problems facing the nation.

Although we probably cannot expect the required increase in taxation in the forthcoming budget, it is encouraging that the Treasurer has said: This budget is “the beginning, not the end, of a big national conversation about our economic challenges”. And in fairness, the changes to taxation to increase revenue need to be carefully thought through and subject to public discussion.

Once we have an authoritative estimate of how much revenue is needed, then (hopefully) we could have a better national conversation about how that revenue should be raised, instead of the past discussion of tax reform which was typically about how we could lower taxes and for whom.

This discussion of the best way to raise the necessary additional revenue efficiently and equitably could be based on past reviews, such as the Henry Review of ten years ago, but if necessary there could be a new review of taxation.

Ideally this budget would start that process. And even if it is considered that more revenue cannot be raised by increasing income taxes, there is still some scope to rejig the rate scales and the deductions in favour of greater equity and efficiency. While, more generally a proper review of the tax system could look at a host of other ways to raise additional revenue beyond the present reliance on income taxes. Many of these alternatives would also increase economic efficiency.