What does a Biden presidency mean for Australian post-secondary education?

President-elect Joe Biden’s anticipated quick alteration to American policy on climate change has received the greatest media attention in Australia because of its anticipated impact here, what about education? Although the election appeared to be a “policy free zone”, many of the Democratic Party’s policies on education represent a significant change from the past four years.

The impact on educational policy could be profound, once a Biden-Harris administration deals with more pressing issues like the pandemic. This is no accident: Biden’s wife, Dr Jill Biden, has Masters degrees in both English and Education and a Doctor of Education (EdD) in educational leadership, and entitled her thesis “Student Retention at the Community College: Meeting Students’ Needs.”

She teaches English at Northern Virginia Community College, which she continued her during husband’s terms as Vice President, and intends to continue as First Lady. She has been a passionate advocate for US community colleges and the need to improve education for disadvantaged Americans. President-elect Biden foreshadowed this approach in his acceptance speech on 7 November, when he said that Jill “has dedicated her life to education, but teaching isn’t just what she does — it’s who she is. For America’s educators, this is a great day: You’re going to have one of your own in the White House, and Jill is going to make a great First Lady.”

What Impacts on Australia?

Biden will face historic challenges with the US “grappling with a deadly pandemic, a struggling economy and a deeply divided American public”, combined with the strong possibility of a recalcitrant and oppositional Senate. All of these will slow down educational reform.

But it’s likely to happen. “In Australia there is a tendency to be influenced by and copy the US and UK in many fields and education is no exception,” writes Professor Stephen Dinham OAM. He points to 20 different areas where both the USA and UK have deeply impacted Australian educational policy over recent decades, (often without evidence), citing funding increases to private schools, a belief that public education is failing and how choice, competition, privatisation and the free market are the answers to almost any question about education.

On the plus side, we can expect a major US regulatory crackdown on private for-profit colleges and universities, removing the “profit is great” tone of the last four years. While she was California Attorney General, Vice President-elect Kamala Harris prosecuted the large for-profit chain Corinthian Colleges for defrauding students. So there’s a real commitment to ethical behaviour.

We can also expect a major commitment to America’s racial minorities and working class students, with sustained attempts to engage them in higher education, particularly through the US community college system, whose closest Australian comparison is TAFE – but which also has some similarity to Australian adult and community education (ACE) providers.

On the negative side, we will probably experience increased competition for international students: worth $35 billion to the economy, it was a sector which had already plateaued prior to the pandemic, and may never recover its previous heights. A President Biden will reverse the travel ban on visitors from mostly Muslim countries. Nor will he target overseas students – at one point, Trump tried to ban international students if classes were held online – so once the virus is under control, students may start to flock again to the USA, including many who had been put off by the previous administration. An reversal of the Trump Administration’s openly hostile attitude towards colleges and universities may have another impact: the Australian Government’s dramatic university funding cuts and refusal to provide support during the pandemic through JobKeeper, estimated to be 5% deficit in real terms, has resulted in the loss of massive numbers of Australian university researchers. We may see a significant Australian “brain drain” – particularly of newly minted PhDs who cannot get jobs here – to a revitalised US university sector. It won’t happen right away, but with a virus vaccine seemingly imminent, it could be soon.

“Biden won not with historic momentum as Obama did, nor by surprise as Trump did, but with the steadfast deliberation of a man who knows who he is and what America needs,” writes Charlotte Alter in Time. Part of that self-knowledge is a strong and consistent commitment to education, so we can expect that Biden will follow through on his promises.

What the Democrats Promise to Do in Education

School Education: “We must provide a world-class education in every ZIP code, to every child, because education is a critical public good. Democrats believe in universal early childhood education, and affordable, high-quality child care. We will shut down the school-to-prison pipeline, and build a school-to-opportunity pipeline in its place. We will make college affordable again, and give Americans relief from crushing student debt.”

Universities, Community Colleges and Trade Schools: “That is why we will make public colleges and universities tuition-free for students whose families earn less than $125,000—roughly 80 percent of the American people. Democrats support making community colleges and trade schools tuition-free for all students, including Dreamers. Our nation’s network of two-year community colleges provides accessible, high-quality education for students of all ages. Democrats will additionally support and expand pre-apprenticeship opportunities and registered apprenticeships with formal worker representation in program development to provide a clear pathway to high-quality jobs that does not require attending college.”

Private For-Profit Colleges and Universities: “The Trump Administration has let for-profit colleges and universities once again prey upon students with impunity by repealing important protections. Democrats will crack down on predatory for-profit higher education programs, including by issuing requirements that these programs be able to demonstrate their value and effectiveness before becoming eligible for federal student loans. We will call upon the Secretary of Education to forgive debt carried by students who were ripped off by predatory schools, including by programs that defrauded students or that misrepresented program offerings or program outcomes, as well as debt held by people who are permanently disabled. And we will protect veterans and servicemembers from being steered into low-performing for-profit higher education and professional programs.” 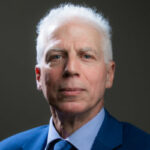 Don Perlgut is the CEO of Community Colleges Australia, a national advocacy organisation for not-for-profit adult and community education providers. He holds a PhD in media/communications from Macquarie University, a Masters of City Planning from the University of California at Berkeley and a BA from Cornell University. He worked as a consultant to the US Department of Housing and Urban Development prior to moving to Australia many years ago.