What does Labor offer? Part 1 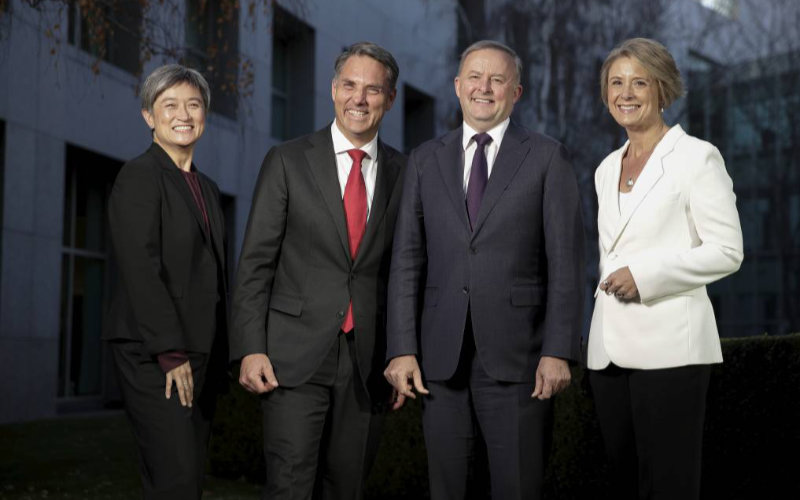 Labor’s repudiation of its previous opposition to the Government’s Stage 3 income tax cuts, and its decision to drop its reforms covering the taxation of capital gains and negative gearing raises two major concerns.

Part 1 of this article, today, discusses the impact on equity and inequality, while Part 2, tomorrow will discuss the implications for the ability of a Labor Government to pay for the services that we need and want.

The two most important policy challenges facing Australia today are climate change and how to pay for the government services that we need and want. In both cases, however, policy seems to be gridlocked.

The gridlock on how best to limit and adapt to climate change has been well documented elsewhere. Disagreement over the threat of climate change and how best to respond, has cost Rudd, Gillard, Abbott and Turnbull their jobs as Prime Minister.

Going forward, Morrison is trying to paper over the cracks in his Coalition parties by refusing to be more specific than repeating an aspiration to get to zero net carbon emissions by 2050. Despite the international pressure to do more, the Morrison Government refuses (at least so far) to fall into line with other countries and commit to a realistic intermediate target for carbon reduction by 2030.

And what is equally disappointing is that frankly Labor is no better. Albanese’s strategy seems to be to minimise any difference between Labor and the Government’s policies on climate change so that Labor can’t be wedged.

Nevertheless, despite this failure of our political system to develop the necessary policy response to limit climate change, many of us lived in hope that Labor would do better in responding to the other challenges facing Australia.

But this week Labor announced that it will adopt all the Government’s tax policies, including those that Labor has repudiated in the past, covering the planned Stage 3 income tax cuts, and its policies covering capital gains and negative gearing.

What is most concerning about this Labor policy turnaround is first, the implications for tax equity and income distribution, and this will be explored in Part 1 of this article below. Tomorrow, in Part 2, I will discuss the other major concern which is how can Labor now afford to provide the services that we were expecting that a Labor government would restore.

Clearly most of the benefit from this third stage of the Government’s tax package will flow to the less than 10 per cent of taxpayers who have an annual taxable income greater than $120,000. For these top earners this change is estimated to be worth about $17 bn in additional refunds to in the first year.

Of course, it can be argued that it is unfair to only assess the impact of the Stage 3 tax cuts on their own without taking account of the first two Stages. But even if we take account of the whole tax package, the new income tax scales are significantly less progressive. According to the Grattan Institute, while the top 20 per cent of income earners will pay a lower share of tax, middle-income earners in the third to seventh deciles of the income distribution will pay a higher share.

Furthermore, the Parliamentary Budget Office projects that in a few years the lower four deciles of taxpayers by income will have a higher average tax rate than they had in 2017-18, the year before the Government’s tax package started to take effect. Those in the second and third quintiles (low to middle-income earners) will face the largest increases of about 4 percentage points in their average tax rate. By contrast, the average tax rate for people in the top quintile of income will be slightly lower than before.

Even if Labor decided that it could not afford politically to go to the next election promising to overturn the Stage 3 tax cuts and keep the revenue, it would not have been difficult for Labor to promise a different and more progressive income tax rate structure than the Government has presently legislated. This alternative rate structure could have been devised to benefit more people, at less cost, and been a vote winner.

The Hawke Government justified its introduction of a capital gains tax on the grounds that, ‘because real capital gains represent an increase in purchasing power similar to real increases in wages, salaries, interest or dividends, they should be included in any comprehensive definition of income.’

Similarly, the Liberal Party in its manifesto, Fightback, produced for the 1992 election, acknowledged that:

The taxation of capital gains is an essential element of any taxation system which continues to rely on income as a taxation base. Without it, there would be an incentive for some people to take their remuneration in the form of capital gain rather than income and escape their tax obligations. Without it, there would be a strong incentive to speculative property and share transactions.

Initially, the real capital gains to be taxed were measured by deflating the nominal gains between purchase and sale of an asset by the rate of inflation over the same period. This estimate was somewhat complicated, and the Howard Government changed the system of capital gains taxation so that only 50 per cent of the nominal gain is subject to tax.

Correcting capital gains taxation in this way is now more important than ever.

The greatest increase in inequality in Australia, as in all other advanced economies, has been driven by the increase in wealth relative to incomes. For example, unpublished research based on ABS data, by David Richardson at The Australia Institute, finds that ‘While household net worth at March 2021 stood at 6.37 times GDP, in March 1990 it was a more modest 3.58’.

Furthermore, Richardson finds that almost all of this increase in household wealth relative to incomes was driven by capital gains – 90 per cent – while household savings contributed just 10 per cent. And as Richardson shows, these capital gains have been very unevenly accumulated, with the top quintile of households receiving over this thirty-year period 108.4 times the capital gains received by the bottom wealth quintile.

In short, the present failure to adequately tax capital gains is helping to drive increasing inequality and comes at a considerable cost to tax revenue as well.

Traditionally rates of home ownership have been high in Australia, and that has been a key aspect of our egalitarian culture, but in recent decades home ownership rates have been falling. The prices of homes have risen relative to incomes, and consequently young people are finding it difficult to break into the housing market, unless they get help from their parents. But this source of funding is most unevenly available and tends to perpetuate inequality based on heredity.

Much of the relative increase in house prices can be explained by supply-side constraints, but the under-taxation of capital gains and the possibilities of negative gearing to reduce the amount of tax payable have encouraged investors to compete in the housing market. And the effective subsidisation of these investors has also acted to push up the price of housing beyond what first-time homeowners can afford.

As the Liberal Party acknowledged back in 1992 in its Fightback manifesto: without an adequate capital gains tax there is ‘a strong incentive to speculative property and share transactions’ which must damage the prospects of potential new homeowners.

Again, it would seem that the Labor Party by repudiating its past policies to reform capital gains and negative gearing of housing investment is ignoring its egalitarian traditions, and at a time when they matter more than ever.