What has gone wrong with Australian journalism’s commitment to free speech? 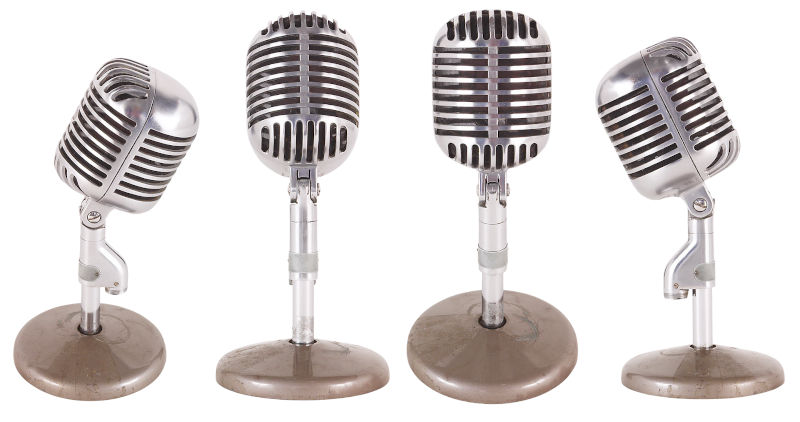 Since when have journalists decided that they don’t interview and provide a platform for nasty people? Image: Pixabay

The decision of the National Press Club to withdraw the invitation to the Russian Ambassador to speak at the club is the latest move taking Australia to a new low in lack of commitment to free speech.

It’s not good enough to say you are committed to free speech. If you are in the media you have to be willing to provide a platform for the views of those you disagree with.

In announcing the club’s decision, CEO Maurice Reilly said the club was a vigorous champion of media freedom and strongly condemned the media censorship in Russia. Under new laws in Russia both local and international journalists faced charges of high treason and 15 – 20 year jail terms for reporting the facts. This situation should not be tolerated and had no place in a democratic society. He said the invitation was issued at a different stage in the conflict in Ukraine before allegations of war crimes and bombing of civilian targets. The Board now considered it inappropriate to continue with the invitation to the Ambassador. The Club stood by its principles of encouraging free speech and promoting a balanced national discussion of the big issues of the day and reserved the right to revisit this decision at a later date.

The decision was unanimous. But it would not have been if I had been on the board as I once was.

The club has a proud tradition of inviting controversial speakers. In 1967, at the height of the Vietnam War, South Vietnam’s Prime Minister, Air Vice Marshal Nguyen Cao Ky addressed the club; in 1977 Dr Edward Teller, father of the H bomb spoke; in 1974 the Shah of Iran Mohammad Reza Pahlavi was on the podium; and in November 1983 South Africa’s ambassador, Dr Denis Worrall presented his government’s segregationist policies. If the Press Club is to exclude representatives of countries that have been accused of war crimes it’s going to have a long list of banned people and it will be breaking with the policies of the past.

Is the club going to exclude the Israeli Ambassador on the grounds that there are frequent killings in Gaza? Is the Saudi Arabian ambassador welcome to speak, given Saudi’s action in Yemen and the murder of journalist Jamal Khashoggi?

And what about representatives of the United States? Here there’s a long list and there’s space to mention only a few. In the withdrawal from Afghanistan last year a US airstrike killed 10 people, including seven children and an aid worker for an American charity organization. The U.K. non-governmental non-violent and disarmament organization Oxford Research Group records that in its illegal war on Iraq, there were 6,616 civilian deaths as a result of US action during the “invasion phase”, including the shock-and-awe bombing of Baghdad.The Press Club board might also recall that journalists in a hotel that had been clearly identified were targeted by the US military.

But there’s another wider point to be made here. Since when have journalists decided that they don’t interview and provide a platform for nasty people? For as long as I can recall journalists have sought out and interviewed murderers and child rapists; criminal gang leaders; terrorists and dictators. The great middle-east journalist, the late Robert Fisk interviewed Osama Bin Laden a number of times and as a result we were all the wiser for his news and insights.

On the international front, our mainstream media reports on Russian censorship of its media, but Australian commentators do not speak out against the censorship of Russian outlets in Australia.

Until the Russian invasion of Ukraine, subscribers to the Foxtel news channel service could view RT, the Russian news service. Not anymore.

And finding Russian news outlets on the net is increasingly difficult.

Locally Q&A’s Stan Grant did a prima donna performance in ejecting a pro-Russian questioner, Sasha Gillies-Lekakis from his audience a fortnight ago.

Q&A claims to be a program bringing together people in a forum presenting a wide range of divergent views.

Of course, unlike the Russians,  it does not engage in censorship. Questions come spontaneously from the audience or the public via the net.

Look at the statement the ABC issued on March 4 https://about.abc.net.au/statements/statement-on-qa/ in defence of Grant’s action.

And what does it say? “Sasha Gillies-Lekakis did not ask the question that he had agreed [with the Q & A producers]. What he said instead contained major inaccuracies. He was asked to finish his question and the issue was aired in the panel discussion.”

No censorship? Great. You’re allowed to ask any question as long as it’s approved by us in advance.

The Russian and Chinese governments fully endorse this ABC policy and will be implementing it forthwith.

Since Muslim Zaky Mallah’s question way back in 2015, Q&A has been a timid forum with (we now discover) vetted questions and predictable answers.

Not surprisingly its ratings are at an all-time low.

Q&A’s questioner restrictions are a long way from freedom of speech as stated in the Universal Declaration of Human rights which says that “everyone shall have the right to hold opinions without interference” and “everyone shall have the right to freedom of expression; this right shall include freedom to seek, receive, and impart information and ideas of all kinds, regardless of frontiers, either orally, in writing or in print, in the form of art, or through any other media of his choice.”

The ABC’s stance on free speech contrasts sharply with that of the BBC at the height of the troubles in Ireland in the 1980s.

At that time the British Government sought to ban IRA and Loyalists terrorists from having their views presented on air. The paramilitary groups included murderers and terrorist bombers. The then chair of the BBC, Marmaduke Hussey called the ban a “very dangerous precedent” and BBC journalists found ways around it by having actors read the words of the paramilitary representatives they interviewed.

One of those to challenge the law, Scarlett McGwire, said the case was not just about journalists and being able to report Northern Ireland properly. “It is about people not being able to understand what is happening there because it is not reported properly.”

This is as true today as it was then.

Some time after the UK media ban it emerged that the Thatcher government was negotiating behind closed doors with the very people they designated as terrorists and had banned from the airwaves. After the Northern Ireland Good Friday agreement a number of individuals who were banned or were very close to killers, went on to become members of parliament.

The Russian ambassador probably feels a sense of relief that he no longer has to front the National Press Club and face what, most likely would have been a series of hostile questions.

He’s not the loser here. The Australia public are.