What have our governments done to tackle rates of Indigenous custody? 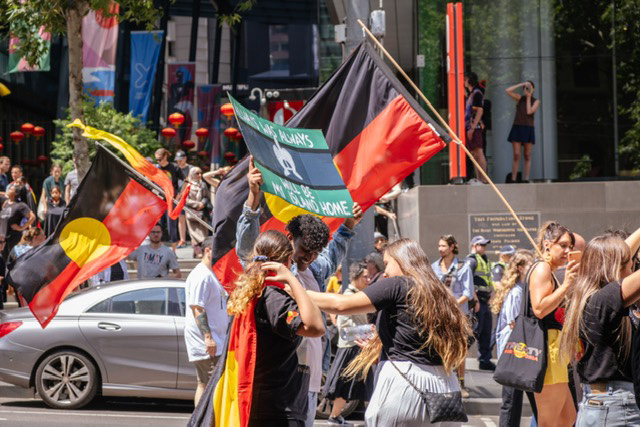 From one perspective one could see the conviction of Derek Chauvin for the murder of George Floyd as a triumph of the American justice system – a proof, somehow, that American police are accountable to the law, that bad police practice, having its roots in racism will be found out, and that the jury system will get things right.

Others might see it as a turning point – a day after which one can expect a new and very critical legal scrutiny of every exercise of lethal force by an American cop. Especially where the victim is black turns out not to be the criminal the cop thought he or she was, or the lethal confrontation began with racist assumptions on the part of the guardian of law and order. Assumptions that led to outcomes that would have been different had the suspect been white and the police less trigger happy.

The similarities between what happens in the United States and the disadvantages that many Indigenous Australians suffer in their relationships with police are so obvious that there should be little surprise that the Chauvin verdict is even thought by some to have some meaning here. Perhaps even in relation to kneeling on a prisoner’s neck. While, generally, the rate of violent crime is decreasing, the level of violence being dealt out by police may be increasing, particularly as use of the Taser – once to be used only in extremis – seems to have become more and more routine as a means of subduing uncooperative prisoners. It is very unusual for police to face criminal charges – even internal disciplinary ones – over their use of force. It is even more uncommon – almost unprecedented – for them to be convicted.

Indigenous Australians make up a disproportionate number – of Australians in jail, or in the juvenile justice system. The disproportion is of the order of 10 to 15 times what might be expected, and may be highest, as a proportion of the local Aboriginal population, in the ACT. An Indigenous Australian, particularly a young man, is much more likely than a white one to be pulled over by a cop while driving, As in the US, the victims sometimes ironically call this the “offense” of DWB – Driving while Black. But they are just as likely to be stopped and questioned peremptorily in the street for no apparent reason other than skin colour.

In many cases, any “cheek” will see a familiar cocktail of charges – offensive words, resisting arrest, and assaulting police, in circumstances where it is one side’s word against another, and magistrates are overwhelmingly predisposed to preferring the evidence of cops. Sometimes the use of mobile phones by third parties provides a video recording showing a marked variance with the police accounts, as well as police assaults. This has sometimes – if rarely – led to perjury and assault charges, assuming that the victims make enough fuss, but as often, senior cops loyal to their men will suggest simply that the cop “had a bad day” or hint that there was a lot more to the case than police were allowed to present.

A good many Indigenous people, moreover, are behind bars for very minor offences, including failing to pay fines for traffic offences. And many more are there on remand – awaiting trial and unable to get bail, but otherwise being treated as if they were already convicted criminals. If, as often some of them are, the alleged offences involve violence or drugs, or both, the chances are very high that being in jail is very dangerous for the prisoner’s health and may well exacerbate any drug problems. Jail may serve to give the community some respite – if, usually, at an enormous social and economic cost to prisoners’ families – but has almost no impact on improving future behaviour.

The Indigenous incarceration rate is not merely a matter of racism on the part of the law, the police, or judges. It is also a reflection of significant dysfunction in many Aboriginal communities, leading to high rates of domestic violence, physical and sexual abuse, and the use and abuse of alcohol and drugs. The primary victims of the crimes committed are usually members of the prisoners’ own families or others in their community, but they are also reflected in general offences in the wider community – including burglary, stealing, drink driving and a host of street offences. The higher conviction rates for serious crime by Indigenous Australians reflects the fact that about half of Indigenous families are trapped in the underclass, which is about seven per cent of the Australian community but contributes about 90 per cent of the inmates of the Australian prison and juvenile justice system. The underclass consists of people almost entirely outside of the employment system. Disadvantaged by education, discrimination, and housing status, they are particular targets of the coercive and punitive zeal of the social security and welfare establishment. They have been termed “no-hopers” by some millionaires happy to pocket employment subsidies.

The 30th anniversary of the reports of the Royal Commission into Aboriginal Deaths in custody has shown that “reforms” recommended by the commissioners have had little effect on death rates, particularly on suicide. That is where there has been even the pretence of implementation. In many cases, recommendations about matters such as the quality of cells and the removal of hanging points, and systems for closed circuit monitoring of at-risk prisoners, including people apparently intoxicated, have been simply ignored. I wrote last year of a “review” by ACT authorities which claimed there was good compliance with the recommendations – even when the systems in place were diametrically opposite to actual recommendations.

For many years there has been an innuendo among those protesting the high rates of deaths in custody that a significant number have been murdered. Leaving aside a few matters still sub-judice, the evidence does not support this. Most deaths have occurred in police cells and prisons. Inquests into the deaths – almost all far too cursory with generous scope for those involved to decline to cooperate – has often shown considerable negligence on the part of prison guards, regular indifference to calls for help and assistance, failure to carry out mandated checks or to watch monitors, and often inexcusable delays in summoning medical assistance.

There have been many cases where cops or warders have wrongly decided that prisoners were faking injuries or pain, and failed to get medical assistance. Some of this negligence could amount to constructive manslaughter – were police fair dinkum about investigations, were coroners minded to pursue matters beyond vague, and not too condemnatory recommendations, and directors of public prosecutions inclined to run cases as matters of principle, rather than by calculations of prospects.

In the UK – and indeed through Europe – the very fact that a person has died while under arrest or in jail prompts a serious and intensive investigation performed independently of the police and the prison system. The British and European courts have held that the need for a substantial investigation – going well beyond an ordinary inquest – is implied by human rights legislation.

As it happens, the ACT Human Rights Act explicitly asks courts to consider such human rights jurisprudence in interpreting ACT laws, but the judges, and coroners here, prefer to be bound by a ACT Supreme Court decision greatly restricting the scope of an inquest. That ruling was based on the 2003 bushfires and how far a coroner could investigate actions of the ACT government and bushfire workers, not deaths in custody. While ACT coronial legislation allows generous representation to government agencies (invariably so as to deny any wrongdoing) it gives little scope for independent agitation of questions of malfeasance on the part of the authorities. There is little point in criticising the quality or competence of an investigation carried out by police for an inquest, because that is closely supervised by the coroner, and criticism of it — or of its narrow scope  — is thought to reflect on the coroner.

Inquests, in any event, occur far too long after the death. If systemic faults are disclosed, the coroner will be blandly told that the problem has since been fixed. When an elderly Aboriginal man from Western Australia was literally cooked while being transported hundreds of miles in a van where the front air-conditioning did not extend to the back of the wagon, cops exercised their “right” not to give statements. In some states, prison officers have done much the same, leaving gaps in an understanding of what occurred and who was responsible.

There would be little point in a second royal commission to investigate the hundreds of deaths since the last one. There might be rather more point in having a shorter, sharper independent audit of what states and the Commonwealth have actually done to implement commission recommendations. One would have to be sure, however, that mere assertion of compliance were rigorously checked. If we have learnt anything in 30 years, it has been about the propensity of ministers and officials to tell bare-faced lies. Lies that are killing people.