The ABS recently released births data for 2019 noting a very sharp fall in fertility to the lowest in our history. This was no surprise now that the Government had at last stopped forecasting a sharp rise in fertility. 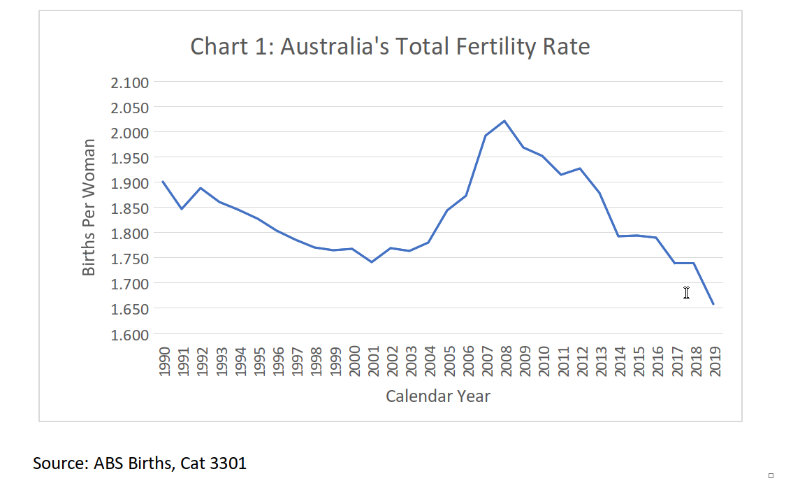 Differences in fertility rates are largely explained by three main factors – availability of affordable contraception; education of girls; and support for families with young children.

For Australia, the key to preventing fertility falling further and possibly into the low fertility trap that the above countries find themselves in will the level of support for families with young children, including childcare and early education opportunities.

If fertility was to fall into the low fertility trap – generally defined as a fertility rate below 1.5 births per woman – population ageing would further accelerate and bring forward the year in which deaths exceed births. If Australia’s fertility rate did fall below 1.5 births per woman, deaths could exceed births as early as 2030 if net migration was around zero and sometime during the 2050s with net migration at 175,000 per annum. 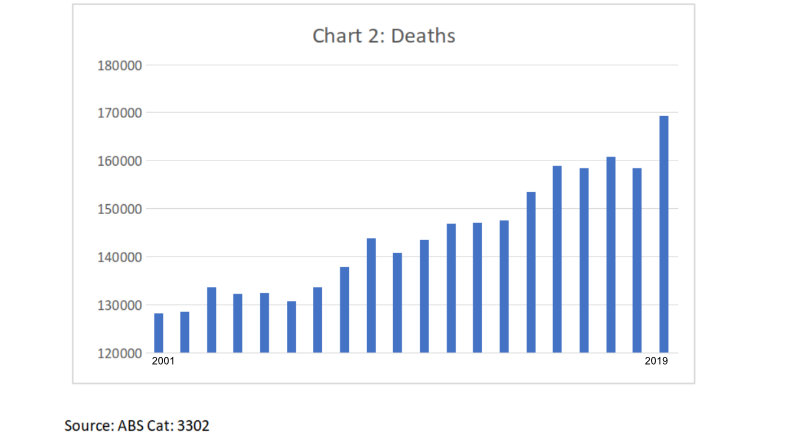 In the meantime, we will see an acceleration in the stock of retirees in Australia which have increased from around 2.9 million in 2008-09 to around 3.9 million in 2018-19.

This will result in a steady decline in tax revenue per capita and a major increase in the costs of the age pension, health and aged care. It will also put downwards pressure on average monthly hours worked per adult aged 15+.