How do we show true respect for the Anzacs? 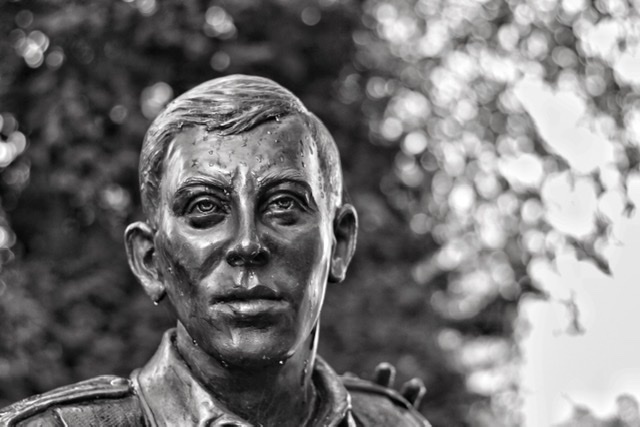 First things first: let us remember and respect all those lost forever to the juggernaut of war, and all those crushed by it who still live with the trauma. But what does it mean to be truly respectful of our ‘Anzacs’? Should we focus unwaveringly on military achievement, or should we also probe fearlessly the origins, purposes – and sometimes the folly – behind our long history of expeditionary warfare?

Over the past three years, the Australian War Memorial (AWM) has organised a series of public consultations on its controversial redevelopment proposal, worth $498 million. There have been face-to-face consultations, video presentations, and lengthy consideration from the parliament’s Public Works Committee – all open to the public or freely available online. Most recently, the AWM ran zoom sessions on ‘gallery development’.

Whether or not this expensive project gets the go-ahead, these sessions have been revealing – and not only of the AWM’s priorities but also of wider issues raised by our memorialization of Anzac.

To start with the AWM, its presenters have invariably argued that the new spaces are urgently required, so that those veterans from recent conflicts can have space to ‘tell their stories’ and draw emotional sustenance. These planned spaces are to be large enough to house big ‘objects’, such as a jet fighter, a Chinook helicopter, a tank, a clearance diving team’s inflatable raft, and perhaps a Bushmaster wrecked by an IED. Relics of the combat experience will abound. At the very centre of the new displays, presenters have stressed, will be the voices of those recently deployed, in both combat and peacekeeping roles.

At first glance, this seems laudable: soldiers’ stories should be at the centre. Through their voices, the visitor will learn of the realities of war and identify with those deployed. Or could this focus become so tight that it amounts to a regrettable evasion? If combat experience dominates utterly in the new or existing galleries – in storyboards, multi-media presentations, and weaponry – what of the broader mission of the AWM?

That mission is very broad: ‘to assist Australians to remember, interpret and understand the Australian experience of war and its enduring impact on Australian society.’ If the AWM becomes a mere ‘Museum of Combat Experience’, this may leave visitors with an adolescent understanding of the problems of war.

An ‘adolescent understanding’? Let me explain.

Along with countless other children in the 1960s, I visited the AWM. Most of us made straight for ‘G for George’, the famous Lancaster bomber, with its gun-turrets captivatingly close. We stared also at the famous dioramas of battle. We came away knowing the names of battlefields and the calibres of weapons. But little else. Of the century-long struggle to strengthen international law and permanent international institutions in order to avoid war, we learned next to nothing. Once home, we read our Commando Comics and built our Airfix model bombers. Our visit to the AWM had simply entrenched our schoolboy wonderment in weaponry.

There are recent parallels. Major General John Cantwell, in his excellent memoir Exit Wounds: One Australian’s War on Terror (2012), recalls his own immersion in schoolboy wonderment. ‘I ploughed through Commando Comics, imagining myself as the valiant hero. I envisioned a soldier’s life as noble, adventurous.’ But later, as a senior army officer, he would witness the horrors of the First Gulf War. Illusions were shredded. Years of mental trauma followed.

Of course, much has changed at the AWM over the decades. Some exhibitions are exceptionally good, a credit to the museum staff. Some confront the horrendous cost of war; some allude to the controversies provoked. But there is a reluctance to probe deeply in the permanent exhibitions.

War is fatalistically accepted. Our wars may be entered upon recklessly, they may be entirely misconceived, or they may be foolishly prolonged – but seldom do our exhibitions interrogate the folly.

If the vast new AWM galleries are built, will they challenge or coddle an adolescent understanding of war? If, as envisioned, they offer a fixed gaze on ‘stories’ from combat zones, with huge military hardware looming, there are big risks. Even if storyboards attempt to analyse complexities, they will be utterly eclipsed by the displays featuring combat and weaponry. Youthful visitors may leave with innocent simplicities entrenched: war is a bad thing, but that we are good at it is a wonderful thing. Wars just happen, like storms; and only weapons and firm alliances can deter them.

AWM developers clearly believe that in boosting space for soldier’s stories alongside awesome weaponry, they are showing ‘respect’ to those deployed.

There is a big evasion here: very often, the men and women placed under fire abroad have little chance of understanding what lies behind their deployments, the deeper purposes at play beyond the newspaper headlines – the historic causes, sometimes sordid purposes, and powerful forces at work in politics and diplomacy, often unspoken in public.

After all, those deployed live in the tyranny of the moment, and fight essentially for each other, to bring each other safely home. Thus, neither operational stories nor personal experience will get at the ‘big picture’ behind any war. But a good museum should explore it. Good memorialization should explore it.

Why the reluctance to do so? It springs from a misplaced sense of what is true respect toward those in uniform. Well beyond the AWM, in our remembering war, commentators and historians are often inclined to shy away from anything that may provoke controversy, fearing the charge of disrespect. An unwavering focus on military endeavour is safer ground.

What then is true respect? The question should loom large for all of us as we remember.

Is it respectful to those crushed by war to skate over the hard issues raised in war: the how, the why, and to what end? Is it respectful to push these complexities aside, and instead take visitors to the AWM straight into trenches, cockpits, tanks, and armoured vehicles, to immerse them in ‘the experience’?

Conversely, how is it remotely disrespectful of those in uniform to submit to intense scrutiny the political and military decision-makers, those who have wielded the unreformed ‘war powers’ and committed our people to war? How is it disrespectful of the troops to question those decision-makers, who – over more than a century of expeditionary warfare – may have lost strategic control, may have failed to weigh costs and war aims, or may have capitulated to our reckless coalition partners in prolonging war?

Does it honour the dead simply to laud them, and never to focus upon the murky interests at play behind our prolonged wars? How is it respectful of those whose lives were lost and blighted to shun, play down, or treat only perfunctorily all controversy about war?

If visitors to the new AWM galleries simply move from one ‘theatre of war’ to another, listening to one operational story after another, looking over one piece of combat equipment after another, how does this truly deepen the Australian people’s understanding of war? As Kipling might have said: what do they know of war who only warfare know?

Imagine a national museum commemorating those killed in bushfires that exhaustively examined the heroism of fire-fighters, and displayed their equipment, but shied away from interrogating causes or mitigation – out of respect for the dead. It would be phony respect.

True respect for the Anzacs, past and present, should demand the most fearless inquiries into the curse of war. We should never lose sight of the fact that true respect for Anzac, like true patriotism, must be distinguished from mere chest-beating chauvinism.

A mature people know that, in memorializing its history, it does not have to insist upon either perpetual pride or shame. We must simply be alive to all the big truths shown on the canvas of history.