What lies behind our slogans and lecturing of other countries? 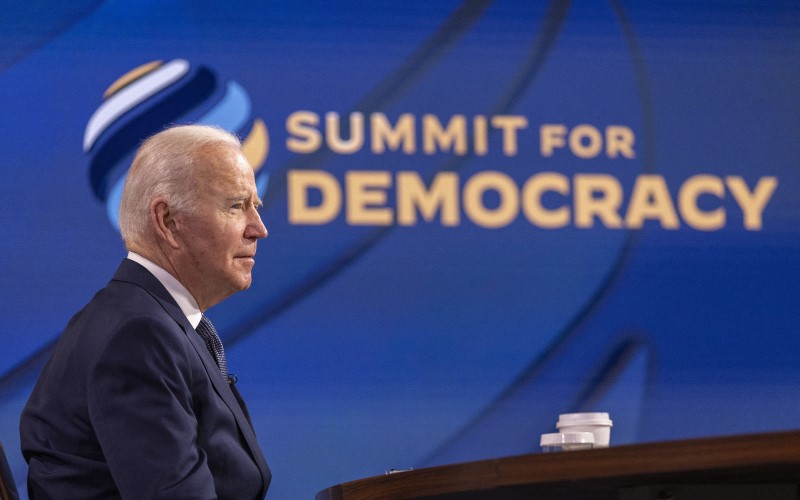 US President Joe Biden has made some interesting comments about the need to convince others of the value of democracy. (Image: ABACAPRESS.COM/Tasos Katopodis)

It’s not enough to preach ‘Western values’. Australia should instead try to understand those who don’t agree with us.

Western approaches to the world are based on certain premises which are not shared by everyone else but which we believe should be. Let us look at some of the views which largely underlie how Australia looks at the world.

Democracy is the one true universal political system. This is a moral judgment and one which some claim is the end of evolution. It is preached with the kind of missionary zeal that earlier generations showed in converting the heathen to Christianity. We do not wish to accept that democracy is just as much a matter of faith as belief in Christianity, Islam, communism or any other religion or ideology. However, there is no scientific proof that it is any different. Both democracies and autocracies have been successful and have been failures.

Some claim that democracy promotes economic development or even that it is necessary but there is no evidence to support this view. Two of the most dramatic economic miracles are Meiji Japan and China under Deng. We also tend to practise it more in the breach than the fact. President Joe Biden’s spokesman recently said that it was a vital part of US policy to spread and support democracy. The most superficial glance at US history would suggest he should have added, ”unless it conflicts with perceived American commercial or strategic interests”.

Western society has developed a theory of human rights based on Christian ideas of natural justice which were adopted and adapted by the European Enlightenment and set out now in UN documents. These are said to be universal values, but are they? Western countries focus on the political rights set out in the documents but pay little attention to the economic rights which are of more interest to the poor of other countries. Presumably this is because taking economic rights seriously might involve sacrifices whereas lecturing others on political rights is safe. Interpretation of the right to life, for example, is a further complication as the debate over abortion and the imposition of the death penalty illustrate.

Critics of the UN document point out that many of the original signatories of the Universal Declaration on Human Rights were in breach of it when they signed, e.g., UK, US, France, the Netherlands and Australia. This laid the basis for others up to this day to use a similar defence about time, place, circumstances and interpretation. Some countries have also used a variation on Sir Thomas More’s: “I am the King’s good servant but God’s first”. Believers in any of the three Abrahamic religions must surely put God’s word before any human documents.

The counter argument to these criticisms is that these are ideals to which we should all aspire even if we sometimes fall by the wayside. Perhaps, but this again is a moral judgment based on faith. It is up to the missionaries to convert unbelievers. Failure to uphold these ideals by democracies do not necessarily invalidate the ideals but such failures do make it harder to persuade others of the value of democracy. Speeches on Australian foreign policy tend to the bombastic and often demand the right to run our country as we see fit while denying the right of others to run their countries as they see fit. We assume that there is something wrong with a country that chooses not to be democratic as we practice it even if a majority of its people prefer it that way.

A further complication is the problem of defining democracy. When did the US become a democracy? For many years slaves and women didn’t get the vote so, like Athenian democracy, it was more like an oligarchy. Australia was a democracy when the White Australia Policy ruled because a majority supported it, just as a majority supported not allowing Indigenous Australians to vote and other forms of persecution.

When the majority treats minorities badly is this democratic? It must be more than just votes otherwise if 51 per cent vote in a free and fair election to shoot the other 49 per cent this is a democracy. Some now talk about flawed democracies. Biden’s invitation list for his conference of democracies made a mockery of the concept when he invited countries that would not meet the pub test and left out countries that were more democratic than many of the invitees. There appeared to be a confusion between democracy and supporting American pre-eminence.

However, Biden has made some interesting comments about the need to convince others of the value of democracy. His language sounds rather like the Christian missionaries of yore who preached the Gospel but accepted it was up to them to convert the unbelievers.

The behaviour of democratic countries towards the poor and weak in the recent past has not been forgotten by most people outside the West. It is not enough to preach to the unbelievers when the preachers are giving democracy a bad name. It is interesting that so many Australians are demanding strong leadership from our politicians. Should our elected representatives be leaders or followers? Democracy is a much abused and often unclear word.

Perhaps Australians should rely less on slogans and try to understand the point of view of people who don’t agree with us. Perhaps we might also lecture a bit less and listen a bit more? We might also keep in mind that Henry Kissinger said that America doesn’t have friends, it only has interests? Henry obviously didn’t understand mateship!