The Australian Government is dangerously out-of-touch as climate change accelerates and a cascade of tipping points risks unstoppable global warming.

The glaring omission from the spate of announcements on the Federal Government’s latest attempt to structure a climate and energy policy, and in the media commentary, is the absence of clarity on what it is designed to achieve.

Minister Angus Taylor set the scene in the First Low Emissions Technology Statement 2020: “History shows that we solve hard problems through enterprise and innovation. —- The global race to reduce emissions will be no exception”.  A good start, but what is the problem to be solved when the Minister insists “you cannot set targets without a plan to get there”? Rather, strategy is based on “technology not taxes”, and “the Government’s efforts will focus on new and emerging technologies with the potential for transformational economic and emissions outcomes”.

But transformation to what, and when?

Business, investors, regulators, State Governments and NGOs are waking up to the fact that unchecked climate change now represents an existential threat to their future, and are finally committing to serious emission reduction, the current fashion being to achieve net-zero emissions by 2050 (NZE2050).  In contrast, the only target the Federal Government accepts is the 26-28% emission reduction by 2030, based on 2005 levels, roundly condemned globally as wholly inadequate, given Australia’s wealth and emissions history.

Unfortunately, even NZE2050 proponents are not listening to the latest science, which has been flashing red warnings lights for years that the urgency for climate action is badly underestimated.

Our latest Breakthrough report –  Climate Reality Check 2020  – confirms those concerns. In summary, the lower 1.5oC temperature increase limit of the Paris Climate Agreement will occur around 2030, a decade ahead of official projections. The 2°C upper limit is likely to be reached before 2050, even with actions better than the current Paris commitments. 3°C would be reached early-to-mid second half of the century on the current global emissions trajectory, with 5°C possible before 2100. Our Faustian bargain is that for the next two decades, lower emissions will have little impact on the warming trend. For a by-product of burning fossil fuels are sulfate aerosols which have a strong cooling effect that has been masking some of the warming to date. Declining fossil fuel use and clean air policies will reduce this cooling, thus offsetting for a time the impact of emission reductions.

The current 1.2°C of warming is already dangerous; 2°C would be extremely dangerous; 3°C catastrophic; and 4°C unliveable for most people. An even greater danger is that “Hothouse Earth”, irreversible, self-sustaining warming may be triggered between 1.5–2°C. There is a risk that we have already lost the ability to prevent such warming.

The world must face these risks with brutal honesty, not in the alarmist sense, but recognising that their sensible management requires emergency action. NZE2050 would be a recipe for disaster; net zero emissions must be achieved as soon as possible, ideally by 2030 (NZE2030).  In addition, atmospheric carbon concentrations must be reduced substantially from current levels, albeit drawdown techniques are embryonic. Finally, if  political aversion to emergency action continues, the use of geoengineering techniques, such as solar radiation management, to buy time cooling the planet before emission reductions take effect, must be seriously considered if they are shown to be of net benefit.

It is obvious that actions taken if emissions have to be rapidly reduced by 2030 will be totally different from those taken if we have the luxury, which we do not, of kicking the can down the road for another 30 years.  It is the short term, to 2030, which now matters; by 2050 it will be too late. So the 2030 target comes first, determining the emergency plan.

It is not a matter of “ if we can do it” within the bounds of the “politically possible”.  We have to do it, akin to wartime mobilisation. Fossil fuels will not disappear overnight, as they must be used  to create the zero-carbon world, but the immediate first step is to stop their expansion, here and globally.  No point in initiating rapid emission reductions by creating more emissions.  Which makes the government’s massive gas-led recovery, opening up five new gas provinces, a nonsense.

There are further policy contradictions. The Minister insists that coal, gas, solar and wind are now mature technologies, undeserving of government support except in the case of “clear market failure”, which by definition will occur if the private sector does not invest in gas expansion!

But solar and wind expansion is critical to rapid emission reduction by 2030, and therein lies the greatest market failure of all. Namely the government’s refusal to price carbon to account for the damage caused by fossil fuel use, particularly climate and health impacts.  This massive fossil fuel subsidy is around A$42 billion annually, US$5.2 trillion globally. Removing it by pricing carbon is not a tax, as the Minister well knows. Put another way, each Australian pays A$1700 annually to allow the fossil fuel industry to destroy their future, whilst penalising the rapid expansion of renewables which is urgently needed.

To achieve NZE2030 is a massive task, far greater than anything acknowledged officially.  Fortunately the technologies to transition to a zero-carbon world are rapidly becoming available, some of which are on the Minister’s list, albeit more focus is required on efficiencies to reduce energy demand as opposed to increasing supply, and on rethinking  unsustainable economic growth in the broadest sense.  Experts from AEMO, ESB, CSIRO, Universities, Climateworks, BZE and others have long put forward sensible proposals for the rapid transition to a net zero emission future.  It is an absolute condemnation of the political class that none have received serious consideration, as we saw again with the fossil fuel bias of the National Covid Commission.

We need a genuine National Emergency Cabinet, setting aside ideology and accepting the seriousness of the climate crisis, to assemble, and listen to, our best experts, then act to achieve the 2030 target, with technologies, economics and social change prioritised accordingly.

The business leaders on the Minister’s Technology Investment Advisory Council, in their corporate director roles have a responsibility to objectively assess the risks facing their organisations and take action to mitigate those risks in the interests of their stakeholders.  The same obligations apply to their Council roles.

The Minister and the Government must be held to an even higher standard, for their first priority is the security and prosperity of the Australian people, the main barrier to which remains the climate denialism and procrastination prevalent on both sides of politics, and in our boardrooms.  The certainty craved by business, investors and the community will not eventuate until a realistic response to climate change, NZE2030, is accepted as the overriding priority to be addressed.

Ian Dunlop is a senior Advisory Board member of the Breakthrough National Centre for Climate Restoration. He was formerly an international oil, gas and coal industry executive, chair of the Australian Coal Association and CEO of the Australian Institute of Company Directors. He is co-author of “What Lies Beneath: the understatement of existential climate risk”, and of the Club of Rome’s “Climate Emergency Plan”

David Spratt is the Research Director of Breakthrough. 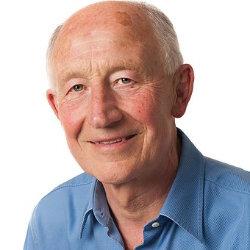 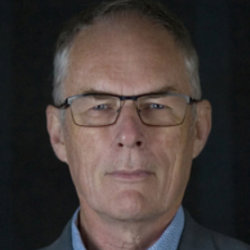