What should the US do vis-à-vis China in the South China Sea? 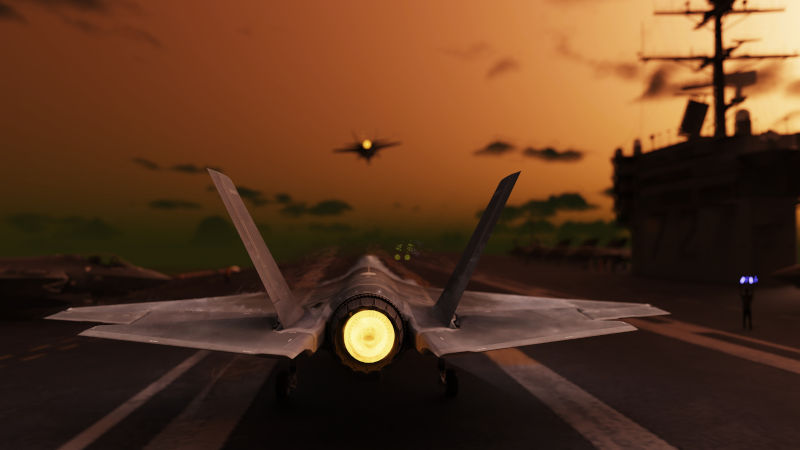 To provide a deterrent to China’s domination of the South China Sea, the U.S. needs to place its warships, planes and missiles in the region, possibly in the Philippines. However, any scenario that doesn’t involve US accommodation of China’s interests, and China’s accommodation of its neighbours’ interests, won’t end well.

There is an ongoing policy debate in Washington foreign policy circles as to what the U.S. should do to stem China’s creeping military control of the South China Sea. Various suggested remedies present their own set of problems. Moreover conflating US security interests with those of China’s rival claimants is a double-edged sword.

The U.S. faces a dilemma. To maintain its hegemony and get China to back off from its bullying of rival claimants, it needs a sustained military deterrent in the region. China has militarised the features it occupies and modernised its military to the extent that it would likely overwhelm US forward deployed forces before its reinforcements from extra regional bases could arrive. Moreover, China’s rival claimants are more or less helpless in the face of China’s salami slicing and harassment of their resource-related activities in their own legal Exclusive Economic Zones (EEZs). They thus need US backup to deter China. If the U.S. fails to sufficiently provide this, they will question the U.S. role as a regional security guarantor, consider making deals with Beijing and become ‘lost’ to the U.S.. So to reassure these claimants and ‘persuade’ China to back off and compromise with them, the U.S. needs to place its warplanes, warships and missiles in the region.

The Philippines is the most likely potential host. Indeed, the implementation of the US-Philippines Enhanced Defence Cooperation Agreement (EDCA)—which was delayed under President Rodrigo Duterte– would allow the U.S. to pre-position, under its sole control, personnel and defence materiel perhaps including intermediate range missiles.

Why the Philippines – why not Indonesia, Malaysia, or Vietnam? The reason is because they will not agree to become proxies and targets to help the U.S. maintain its hegemony even if it means backing them against China. Moreover, the U.S. already has the Philippines nearly ‘on the hook’ with the EDCA so it is pressuring it to accept this arrangement when no other Southeast Asian country will do so.

But this raises many issues for the new Philippines government of President Ferdinand Marcos Jr.

First it would have to mollify its nationalists that do not want a return of US troops. While there is ample Americanophile support within the Philippine populace and especially the military for the reestablishment of US ‘bases’ , they will bring back the same problems that drove them out–a lack of respect and abuse of Filipinos and especially Filipinas, as well as the Filipino culture. The U.S. military could be one rape of a Filipina away from a nationalist clamor to evict them again.

Moreover, the government would have to deal with the economic blowback from China for militarily siding with the U.S. Worse those ‘places’ would become prime targets in a US-China conflict.

One suggested solution is to “secure U.S. interests at an acceptable cost by pushing China toward a compromise that its neighbours and the international community could live with.” But the question is– ‘acceptable to whom—the U.S. or to Southeast Asian claimants’?

In such a ‘compromise’ “China must recogonise freedom of navigation for commercial traffic, access for foreign navies, and resource rights for coastal states.”

The U.S. conflates freedom of commercial navigation with the ‘freedom’ of its military to spy on and threaten China’s defences. While China does not object to ordinary military transit of the South China Sea it does object in word and deed to certain military activities that it thinks violate the UN Convention on the Law of the Sea’s (UNCLOS) requirement to pay due regard to its rights and duties in its EEZ. If “access” means the continued violation of the ‘due regard’ clause to spy on and threaten China’s defences, then it is a non-starter for China.

Some sketch false choice scenarios. In one doomsday prediction, China’s creeping coercion would lead to a shutdown of petroleum exploration and fishing and a costly rise in shipping insurance. This would cascade into the end of the US- Philippine alliance, snowballing violations of UNCLOS and ultimately the collapse of the world order.

This sequence contains several leaps of logic especially the linkage between China’s domination of the South China Sea and the collapse of the world order.

An alternative is a compromise between China and rival claimants that Washington supports.

But “imposing costs on and shaping incentives for China” will take years and a coalition of Asian and European partners.” Under this reasoning the renewed US military presence in the Philippines and the upgrading of the militaries of China’s rival claimants would buy time for this plan to work.

But with the possible exception of Indonesia, it is highly unlikely that any of China’s rival claimants will confront China militarily and even if they do, without US backup they almost certainly would be quickly defeated. Despite its rhetoric, military backup that could lead to wider conflict with China is not guaranteed for a domestically and internationally beleaguered U.S.

All this is barking up the wrong tree in the dark forest of a security dilemma. More projection of military power will only beget the same in a cycle that can only end in disaster for all concerned.

If the US wants to avoid direct conflict with China in the South China Sea, it must accommodate to some degree China’s aspirations and interests there. And for the sake of stability, China must accommodate some of ASEAN members’ interests—particularly those of its rival claimants.

In both cases, on what issues, when, how, and how much are to be negotiated. Only then can there be lasting peace and stability in the South China Sea.