What the Asian media are saying: ASEAN, China powers up EVs, Japan’s inequality 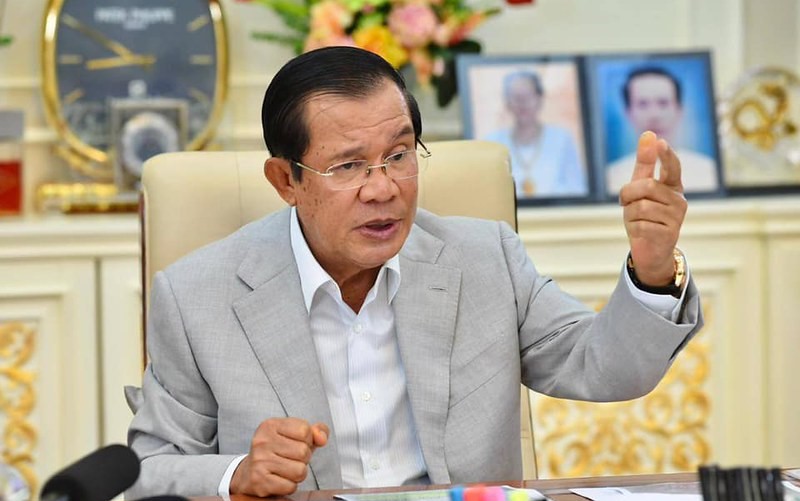 Our US/UK centric media largely ignores Asia. But important and interesting things are happening- Cambodia will host ASEAN later this month, security between China and the US, and a spicy controversy in Korea.

This article is part of a new, regular series by David Armstrong summarising the news as reported by the news media in Asia. It is part of Pearls and Irritations’ commitment to independently covering Asia as an alternative to the mainstream White Man’s Media.

Cambodian dictator Hun Sen will spend the next 12 months as a key figure in a pivotal region. Cambodia is taking over as chair of ASEAN, the 10-country community of South-East Asian nations, at a time — it is hoped — of post-pandemic growth.

Kavi Chongkittavorn, the Bangkok Post’s veteran regional affairs commentator, says in this recent column: “Hun Sen’s brinkmanship is well-known … and he knows exactly what he wants to say and do. Uniquely, none of the regional leaders knows the region’s pulse and global politics as well as Hun Sen.”

The ASEAN region has a population of more than 650 million people and as an economic community it is the third-largest market in Asia, after China and Japan — a significant force.

“Cross-Atlantic ties … have been badly bruised by the ripple effects caused by cancellation of the submarine deal between France and Australia,” Kavi says. “Reactions from Europe and South-East Asia were equally strong and this is likely to induce more and broader co-operation between the two regions.”

Hun Sen has been in power for 40 years and has killed off the hope of the Paris Peace Accords of 30 years ago that the country would become democratic. But within ASEAN, being an autocratic leader hardly makes him unusual.

Big issues awaiting him as ASEAN chair include negotiating, with China, the code of conduct in the South China Sea; persuading Myanmar to accept ASEAN’s help in ending its internal crisis; and trying to enlarge the bloc to include Timor Leste.

Kavi writes: “Hun Sen has said he will retire from politics soon.

“He wants to ensure his legacy within his country and the ASEAN family is safely embedded.”

Singapore’s The Straits Times, no matter how soft its domestic political critique may be, is a solid newspaper with strong reporting on China and regional affairs. It publishes a weekly column called Power Play that this week has been worrying about the arms race between the US and China.

The article, written by China correspondent Danson Cheong, looks at two military developments — the mysterious collision involving the nuclear submarine USS Connecticut in the South China Sea and reports that China has tested two nuclear-capable hypersonic weapons (likened by the US military to a “Sputnik moment”).

China sees the submarine incident as underlining its need to be able to stand up to the US. And the US military is working through the implications of moving from fighting insurgencies to deterring China and is boosting its own research into hypersonic weapons and defences.

“One thing clear from the US and Chinese responses to the two military developments is that both sides see in them a justification to ramp up arms development and procurement,” Cheong writes. “Disturbingly, these calls are taking place amid a lack of communication between the two sides.

“The more Washington pains Beijing as a threat, the more China believes that strength is the only way it can force the US to accept peaceful coexistence.”

China’s adoption of EVs speeds up

If Australia ever embraces electric vehicles, there must be a fair chance many will be made in China, especially given the high prices of US and European models.

China is a world leader in the day-to-day technologies that help reduce emissions. As it is with solar panels and wind turbines, so it is with electric cars.

A report by journalist Wang Mingie in China Daily says China is the world’s biggest EV market, with almost 1.29 million sold in 2020 alone. This was 40.5 per cent of global sales and an increase of 8.3 per cent on the previous year.

The story cites a recent report by DataTrek Research as saying China is on track for 25 per cent of all vehicle sales to be electric by 2025. It is also indicated it is well ahead of the United States and Europe in deploying EV infrastructure.

Xie Chunping, of the London School of Economics and Political Science, says the contribution EVs make to emissions reductions depends largely on power generation technologies. “As China’s power sector continues to decarbonize, switching to EVs will play an increasingly important role in helping the country to achieve its 2030/2060 climate goals,” she says.

It’s something for Scott Morrison to think about as he (a) bad-mouths China and (b) encourages Australians to drive EVs. And Anthony Albanese, too, since Labor is not capable of independent thought on foreign policy.

The end of Abenomics

The coalition led by the Liberal Democratic Party won a comfortable victory in this month’s national elections and the Japan Times says Prime Minister Fumio Kishida should focus on reducing inequality. An editorial in the paper says Abenomics (the policy of former prime minister Shinzo Abe) has run its course.

The paper says the increase in inequality in Japan is alarming. Japanese society is more equal than that of the US or the UK but real wages in Japan rose on average by only 4 per cent between 1990 and 2020.

“As Japan escapes the clutches of the COVID-19 induced slowdown, the next government must be ready to ensure growth and fairness so that all Japanese share in the recovery,” the paper says.

In the land of kimchi it is hard to imagine spicy foods could be a matter of controversy. But the Korea Times reports an advocacy group complained to the country’s Human Rights Commission about public kindergartens giving spicy food to 5–7 year olds.

A story by journalist Bahk Eun-ji, run prominently on the paper’s website, quotes a group called Political Mamas as saying children in kindergartens and some lower grades of school have difficulty eating meals because they are too spicy.

“Not being able to eat spicy foods is not about preference or bad habits the children have to break,” the group says. “Forcing them to eat such food is nothing but a human rights violation.”

The paper interviewed several parents about the meals. Their opinions were divided.

As of Thursday, China’s population was estimated to be 1,446,872,560. But are there quite so many people?  Hong Kong’s South China Morning Post, in an opinion piece, asks if the national census should be questioned.

COVID-19 might have had the strange side effect of challenging the population count.

At this stage, we have only straws in the wind — two areas where vaccinations have shown that when it comes to population there is less than meets the eye.

“The task of conducting a census in a country as vast as China could only be undertaken by the National Bureau of Statistics and the result announced by Beijing is official and final,” the piece says. “Any suspicion about China’s real population size, therefore, can easily be dismissed as groundless.

“But the top-down rollout of COVID-19 vaccinations across the country has opened the door to criticism and questions.”

“Although these two examples are too small to represent the overall picture, local discrepancies do raise questions,” the article says.

Local statistics bureaus are doing follow-up population surveys based on 1 per cent samples. This is a change. “Survey sample sizes in the years following a census have usually been just 0.1 per cent,” it says.