What to do about the Treasure Island of Taiwan 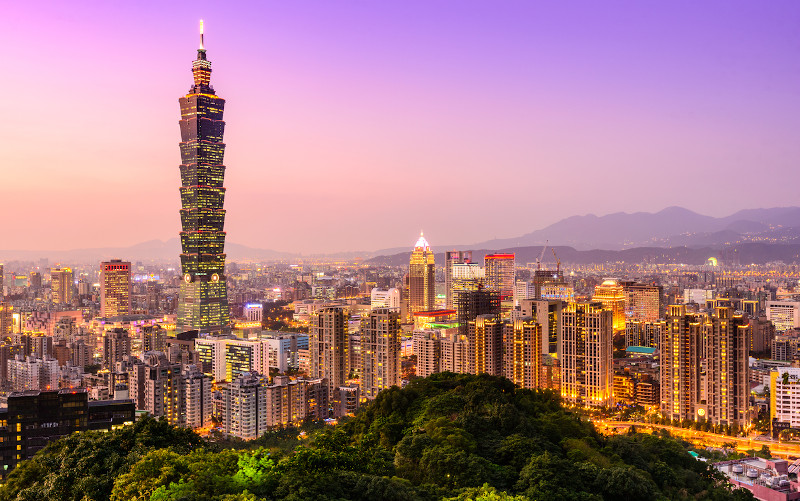 “Sir, with no intention to take offence, I deny your right to put words into my mouth,” Captain Smollett said in Stevenson’s classic Treasure Island.

The quote came to mind this week as I listened to the Q&A part of Ambassador Xiao Qian’s address to the National Press Club (NPC). It was a classic case of putting words into someone’s mouth. It is worthwhile to listen to the whole address because only then can one grasp how off the mark those members of the press were with their questions. It was apparent that they had come with prepared questions and were trying to engineer a quote for a headline news item.

Xiao Qian spent nearly one hour assuring his audience that his government was focussed on resetting the relationship with Australia and that there would be mutual advantage in doing so. He gave a summary account of the meeting between the two Foreign Ministers and referred to the four proposals that Minister Wang Yi put forward that might set the parameters for the relationship in future.  He stressed that these were proposals not demands, confirming my assessment published here last month.

The Ambassador did not shy away from the hot topic of Taiwan. Last week’s visit to Taipei by the Speaker of the US House of Representatives Nancy Pelosi has provoked a strong response by mainland China and has reverberated around the world. The general public is already rattled by the Russian invasion of Ukraine that has created economic and political chaos. A second international emergency such as a military occupation of the Treasure Island of Taiwan, particularly since it could involve two nuclear powers, might precipitate total collapse. Naturally the press were looking for comments from the Ambassador.

Xiao Qian knew what to say on this matter. China’s official position was set out clearly by Ministry of Foreign Affairs spokesperson Wang Wenbin on 9 August and the Ambassador was duty-bound to refer to this when speaking to the press. NPC members could easily have referred to this briefing and this might have helped them to put his remarks in context and not imply in their comments that he had come to the NPC to issue threats. A comparison of Xiao Qian’s and Wang Wenbin’s remarks would have shown that the differences were in tone not substance.

Wang Wenbin said: “The countermeasures taken by China in response to Pelosi’s provocative visit to Taiwan are justified, reasonable and lawful. They are aimed at sending a warning to the provocateurs and punishing the “Taiwan independence” forces. There is only one China in the world, and Taiwan is an inalienable part of China. The Government of the People’s Republic of China is the sole legal government representing the entire China. This is the real fact and status quo across the Taiwan Strait. …. I want to stress that to achieve the full reunification of China is the shared will of all Chinese and an unstoppable historical trend.”

Commenting on the NPC address on the ABC’s The Drum, Dr Diane Hu of the Centre for Contemporary Chinese Studies, University of Melbourne, pointed to some linguistic misunderstandings. She highlighted different usage of the term “re-education” in China and Australia – it certainly has acquired a pejorative meaning in the English-speaking world.   Unfortunately, most Australian journalists writing on China these days have no, or limited, Chinese language ability or cultural understanding. I was struck by the Ambassador’s several references to the strong emotions of the “1.4 billion Chinese people”. Such justification for this or that government policy used to be trotted out regularly by officials and was generally regarded as a questionable assertion. However, social media are far more influential these days and, despite censorship and other restrictions, reflect the general public’s views much more strongly than in the past.

According to official sources, some 70 million mainland residents followed live coverage of Pelosi’s visit on Xhongguo wang (China.org), and 320 million logged onto Weibo #ZhiyouyigeZhongguo (#ThereisonlyoneChina). Central government could not afford to ignore their strongly nationalistic calls for reunification and for their government to stand up to what they perceive as bullying by the United States. This need is even greater at this juncture, in the lead up to the forthcoming 20th Party Congress.

The live-fire military drills are terrifying indeed, although they were described by Wang Wenbin as “normal military drills in waters off its own territory, which are open, transparent and professional” and “in line with China’s domestic law, the international law and established international practices”. As Professor Adam Lockyer of Macquarie University told the NSW Branch of the Australian Institute of International Affairs on 9 August, speaking of Australia’s joint exercises with the US and other partners, such exercises send strong messages to international observers on the nation’s intentions and capabilities. When used deliberately, he said, they can be effective tools to deter or reassure other nations. (The video recording is not yet available at the time of writing.)

The Chinese missile landing sites that have encircled Taiwan fill this purpose and send Taiwan, the US and the world a message of deterrence. Let us focus on this and not misinterpret them as a threat.