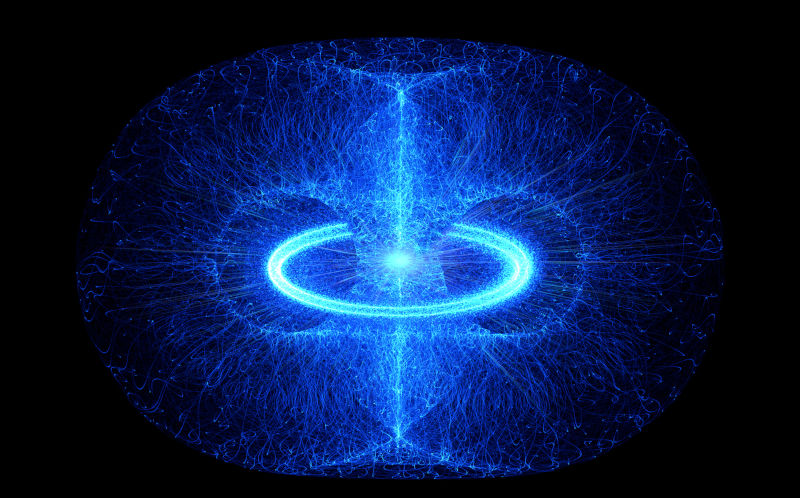 Recently the mass media have bombarded us with hype about a ‘breakthrough’ in controlled nuclear fusion.

Headlines shout ‘Breakthrough in nuclear fusion could mean “near-limitless energy”’ and, one with a note of caution, ‘At last, we’ve found our energy source for the future (if we have one)’.

The publicity followed an experiment, conducted at the Lawrence Livermore National Laboratory in California, in which slightly more fusion energy output was obtained than the vast amount of energy input.

Nuclear fusion results from forcing together the nuclei of light atoms, against their electrostatic forces of repulsion, to form heavier nuclei, with the release of energy. It is the reaction that gives our Sun and the other stars their energy. In the centres of stars, the nuclei are forced together by the immense pressure due to gravity. But in the laboratory on Earth, confining the system and achieving controlled fusion is much more difficult.

One approach is to heat the system to hundreds of millions of degrees while confining it with intense magnetic fields. This is the method used in a multinational, multi-billion dollar experiment to build the International Thermonuclear Experimental Reactor (ITER), currently under construction in France. The researchers and investor governments hope that the huge size of the system will eventually enable energy break-even.

Another method, the one used at Livermore, is to bombard a pellet comprising two isotopic forms of hydrogen, deuterium and tritium, with 192 high-powered lasers. Energy breakeven was achieved for a fraction of a second.

If one of these approaches is eventually successful in generating electricity continuously, the earliest we could expect commercial nuclear fusion reactors would be around 2050, probably too late to contribute to climate mitigation and almost certainly unnecessary. By 2050, the whole world’s electricity generation will likely be renewable, mostly from wind and solar photovoltaics supplemented by hydro. This can be achieved at a fraction of the cost of any nuclear energy technology, fission or fusion.

The hype for fusion claims limitless, safe, zero-carbon energy, negligible nuclear wastes, and no risk of devastating nuclear accidents. So, what’s not to like about nuclear fusion?

The proponents remain silent about its applications to nuclear weapons. Fusion produces a stream of neutrons that can convert the common form of uranium, Uranium-238, into Plutonium-239, and common thorium into Uranium-233. Both Pu-239 and U-233 are nuclear (fission) weapons explosives.

Even more dangerous is the potential use of the neutron stream to convert lithium, which is common, into large quantities of tritium, a rare isotope of hydrogen. Tritium is an essential component of compact nuclear weapons, enabling them to be made small enough to fit into missiles. The principal purpose of the Lawrence Livermore Lab is research and development of nuclear weapons. Indeed, a former member of the research staff described it to me as ‘a nuclear bomb factory’.

The desirability of ‘near-limitless energy’ also needs critical examination. The economic system is driven, to a large degree by energy consumption, and vice versa. Energy and economy are closely coupled. Furthermore, economic activity is a major driver of environmental impacts. Already, at the present level of global GDP and global energy consumption, we have massive impacts on our forests, soils, freshwater, biodiversity and biogeochemical flows such as phosphorus and nitrogen. Although we humans are totally dependent upon nature, we (especially rich countries and rich individuals) are destroying our life support system. A further expansion of energy consumption and associated economic activity, even if energy generation is zero-carbon, could finish the job of destroying human civilisation this century.

There is growing evidence of the need for the world to transition to a steady-state economic system, that is, one with no growth in the use of energy, materials and land, and no growth in population. The interdisciplinary field of ecological economics is based on this goal. Since low-income countries must continue to grow, this means that the rich countries must commence a process of planned degrowth to an ecologically sustainable, socially just socioeconomic system. Planned degrowth, which is very different from a recession, is discussed in recent books by Jason Hickel (Less is More), Giorgos Kallis (The Case for Degrowth) and Matthias Schmelzer (The Future is Degrowth).

Dr Mark Diesendorf was originally a physicist who expanded into interdisciplinary research on energy and sustainability. Previously he was Professor of Environmental Science and Founding Director of the Institute for Sustainable Futures, University of Technology Sydney. Currently he is Honorary Associate Professor in the Environment & Society Group in the School of Humanities & Languages, UNSW Sydney. Web: https://research.unsw.edu.au/people/associate-professor-mark-diesendorf