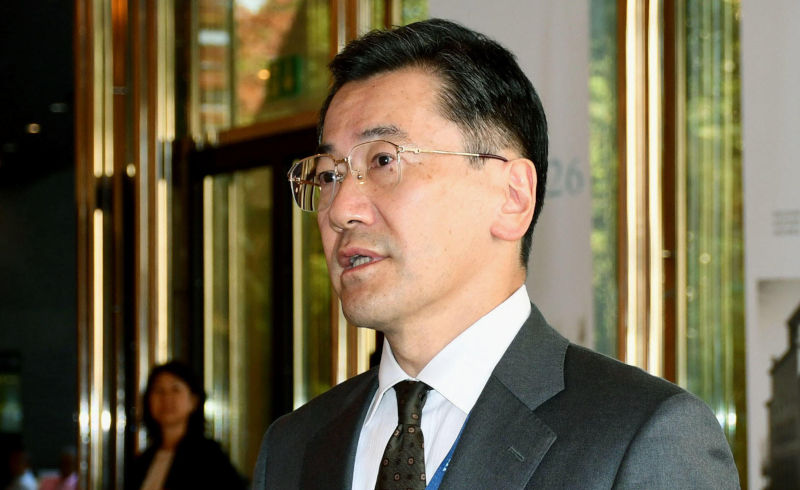 Japan’s Ambassador to Australia, HE Shingo Yamagami, enjoys his media profile. He appears frequently on Sky News, advises Australia publicly on how it should manage its official relations with China, and describes himself as a former spymaster.

Maybe the Ambassador aspires to be a legend in his own lunchtime.

In the olden days, diplomatic cadets studied Sir Ernest Satow’s A Guide to Diplomatic Practice. Satow remains better known, in Japan at least, as a Japanologist than as a diplomatist. For reasons that will emerge, that is a pity.

The opening sentence of Satow’s Guide is beguilingly simple. “Diplomacy is the application of intelligence and tact to the conduct of official relations between the governments of independent states, extending sometimes also to their relations with vassal states.” In these more confused times, he might have included discretion on his list. As recent diplomatic history has demonstrated only too clearly, intelligence and tact, along with discretion, remain in short supply.

Australia is fortunate to be represented abroad by able, dedicated and diligent ambassadors and high commissioners. They transact the nation’s official business with skill and quiet efficacy, rarely drawing attention to themselves and even more rarely inserting themselves or the Government into the domestic conversations of their host nation. Confidentiality, the principal consequence of intelligence, tact and discretion, is the touchstone of their professional expertise. Their relationships with the local media are formal, proper and respectful. They maintain a low profile, to the point of confining their visibility to the social pages. That is a good thing.

Our representatives abroad are also schooled and skilled in the art of “peaceful coexistence” with their peers in the diplomatic corps. The quality of Australia’s international relationships varies considerably: we are close with some nations – New Zealand and Papua New Guinea for instance – and more distant with others. In some cases, the temperature of our bilateral relationship rises and falls, as we have seen historically with Indonesia and, more recently, with China. Yet the tempo and tenor of our bilateral relationships does not register negatively on the formal relationship with diplomatic colleagues.

The quality of international diplomatic representation also varies enormously. Some ambassadors are less gifted than others: ambassadors of the calibre of the late Sir James Plimsoll, for example, are outnumbered by colleagues better known for their low golf handicaps and tennis courts, prandial prowess, social facility and policy vacuity. In most cases, however, ambassadorial inadequacy is remediated by a gun Deputy who never mistakes effectiveness for visibility.

Were he writing today, Satow might have avoided the term “intelligence”, unhappily misappropriated by the practitioners of the clandestine arts. He was clearly not referring to secret information about the inner workings of foreign governments – the kind of “intelligence” that is the business of “intelligence” agencies. Rather, Satow was thinking of the intelligence that is the hallmark of the quick-witted and nimble-minded. Of course, those who run intelligence agencies are generally renowned for their discretion, the exceptions being those who out themselves as “spymasters” or “spycatchers” – typically latter-day Walter Mittys masquerading as James Bond’s “M” or J. Edgar Hoover.

Australia maintains important diplomatic relations with China and Japan. Recently, the relationship with China has been under pressure as both sides resorted to finger-pointing and name-calling. Prime Minister Anthony Albanese and Foreign Minister Penny Wong, together with President Xi Jinping and Foreign Minister Wang Yi, have worked intelligently and tactfully to restore a more secure footing on which official business can be conducted into the future. Their efforts have already borne fruit. Some significant issues remain, of course, as they do in the bilateral relationships that China has with certain other countries, including Japan, the US, South Korea, several members of the European Union and, in just the past few days, Indonesia.

Australia consults its allies and friends about important aspects of international affairs and our own international relationships. China’s rise is understandably high on the agenda. The implications of China’s strategic ascendency have doubtless been discussed by Australia’s and Japan’s political and diplomatic leaders. But the conversations remain private. Australia’s current government leaders and senior diplomats do not place their views on the host nation’s public record, and certainly do not join their domestic conversations. Tact and discretion prevail.

As his Embassy’s media website attests, Japan’s Ambassador to Australia, HE Shingo Yamagami, enjoys his media profile. He likes to put his views regarding the coal policies of the Queensland Government on the public record, which he has done several times with groups that are aligned with the State opposition. He has not been shy in advising Australia publicly on how it should manage its official relations with China, both before the May 2022 election and since. He appears frequently on Sky News.

Maybe the Ambassador aspires to be a legend in his own lunchtime. At a recent lunch with the Sydney Morning Herald, he described himself as a former spymaster and spycatcher, less a testament to discretion than an indulgence in braggadocio. But perhaps the ambassador has read the first sentence of Satow’s Guide, interpreting Australia’s alliance with the US, rather like Japan’s treaty with the US, as an indicator of our shared status as vassal states. We are nothing if not security conscious.

In a country where convention is so highly valued, Japanese eyebrows would certainly be raised were an Australian ambassador to proffer unsolicited advice through the media on Japan’s tariff policies, the conduct of its relations with China or the coal policies of Kumamoto Prefecture. Nor would Tokyo welcome public advice on the US presence in Okinawa, the continuing UN role of defence facilities at Yokota, Yokosuka and Kadena, or the management of troublesome historical issues like war crimes or compensation to comfort women.

Ultimately, the practice of diplomacy depends on access. Conference speeches and TV interviews are no substitute for the kind of access enjoyed for instance by US Ambassador Caroline Kennedy or UK High Commissioner Vicki Treadell, neither of whom mistakes public profile for status. They understand Satow’s dictum implicitly, and they are much more effective for that.

Ambassador Yamagami would do well to invite them to lunch – off the record, of course.