Australia to welcome Hong Kong ‘democrats’: are they a proxy for others? 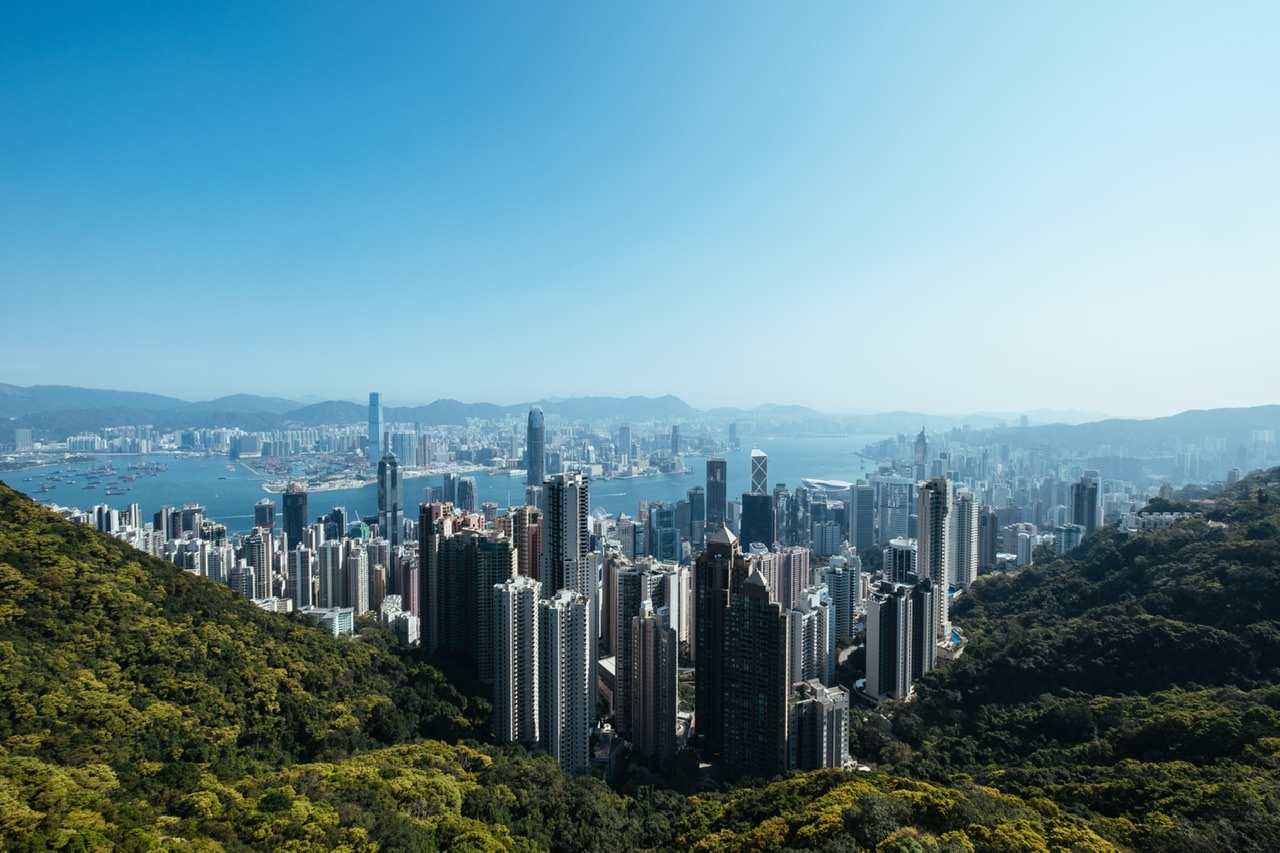 The Australian government has now welcomed Hong Kong “pro-democracy” leaders to settle in Australia, ahead of millions of desperate refugees fleeing wars and genocide. Such is the power of a label on general public and media gullibility.

The fact that these “pro-democracy” leaders had thrown their weight behind a campaign of street violence lasting over a year is simply ignored: a campaign aimed at crushing the police and overthrowing the government; one that caused massive damage to the community and misery to millions of their fellow citizens.

For many years prior to 2019, these leaders had shown an ambiguous attitude towards violence. In the 2014 “Occupy Central” movement (which paralysed parts of Hong Kong for 79 days) the numerous criminal acts committed in the course of the unrest were justified under the rubric of civil disobedience. Were they true democrats at heart, trying  (perhaps misguidedly) to improve the lives of their fellow citizens, seeking to bring a better future to Hong Kong? Or were they revolutionaries campaigning to overturn the established order at whatever cost?  To many, the answer was not then clear.

At that time, the “pan-democrats” occupied more than 20 seats in the 70-seat legislature. Yet they had no agenda for social improvement, no suggestions for narrowing the gap between the rich and the poor, no initiatives for curbing the excesses of vested interests, or anything in the nature of a party manifesto for the betterment of the community. None exhibited the least promise of enlightened statesmanship.

All that they had were empty slogans:  “Freedom”, “Democracy”, etc. and demands for changing the electoral system, which they knew the Regional government could never meet since the power for such change was with the Central Government in Beijing. Nevertheless, many people were, at that time, inclined to give them the benefit of the doubt.

The unrest started with a popular movement against the Fugitive Offenders Bill in early June.

There were two trigger points at which the “pro-democracy” leaders could have steered the movement either way: towards a measured and responsible movement for reform, or down the path of violence in pursuit of an ideology.

The first trigger point was on the 12th of June when the legislature was in session on the second reading of the Fugitive Offenders Bill. Tens of thousands of people besieged the Legislative Council complex, threatening to break in to stop the proceedings. The police successfully defended the legislature by the use of tear gas and other crowd-control techniques. Some arrests were made. Tear-gas was used for the first time.

Not a single “pro-democracy” leader came forward to condemn the violence or voice support for the police in maintaining law and order. Instead, they joined in the cry for an inquiry into “police brutality”.

The second trigger point was 1 July: a public holiday to celebrate the anniversary of the reunification. The police were much engaged in exercising crowd control elsewhere. This enabled a large group of protesters to smash their way into the Legislative Council complex and penetrate the chamber, trashing it. They spray-painted the Chinese national emblem hanging on the wall over the President’s seat.

Symbolically, these acts of vandalism were grossly anti-democratic.

The “pro-democracy” leaders could, at that point, have come out with a strong and united voice to condemn this outrage, reminding people that democracy did not come at the end of a battering-ram. They never did.

Street violence quickly escalated in intensity after that. The popular movement morphed into an insurgency, with extreme violence as its hallmark. It was brutal and tightly organized. And it had the tacit support of the “pro-democracy” leaders.

By July 2019 the die was cast. The “pro-democrats” had become in effect leaders of an insurgency: with varying degrees of culpability. Some, for instance, openly acclaimed that the aim was to “crush the police”; at the same time they urged overseas governments to impose sanctions on Hong Kong and the Mainland for “police brutality” and “abuse of human rights”. Attempts to destroy police morale included not only fire-bombing in the streets but terror tactics visited upon the families of police officers.

Is it possible that the Australian federal government is unaware of these matters?  Of course not.  And yet the “pro-democracy” leaders are lauded for their efforts and are told they are welcomed to settle in Australia. Why?

The only rational explanation is that provided by the former Chief Executive Mr C H Tung when, in May 2019, he said that Hong Kong was being used as a proxy for a wider power conflict; that was, he said, because the Region had failed to enact its own national security law for over 20 years, and had become an easy target for “hostile foreign opportunists” to disrupt public order as a result.

By the end of 2019 and early 2020 Hong Kong was teetering on the edge of disaster, with the police force severely over-stretched and the criminal justice system overwhelmed. Thousands had been arrested – some for very serious offences such as attempted murder and arson – but very few were convicted. Those convicted were for relatively minor offences such as unlawful assembly and the like; mostly on guilty pleas.

Behind all this was something more sinister: a scheme to overthrow the established order and bring total chaos to Hong Kong, with the aim of causing shame and humiliation to China. It came under a catch-phrase taken from a popular TV series: In Cantonese “Laarm Chau”, meaning we burn together or “We Burn You Burn”.

Hong Kong had, at that time, some ramshackle laws in its statute-book leftover from the colonial era dealing with national security, but they were plainly not fit for purpose. The need to strengthen national security laws became blindingly obvious, but the legislature itself had become dysfunctional. No effective laws could be passed.

It was in these circumstances that Beijing stepped in to save the situation. The set of laws enacted by the National Peoples’ Congress to apply in Hong Kong came into effect on 1 July 2020.

Since then there has been much misinformation in the Western media about these laws. Never does one see mention of the fact that there are built-in safeguards of fundamental human rights; that (except in three very narrow cases) the entire criminal process, from investigation to conviction (or acquittal ), is in the hands of the Hong Kong authorities, with the presumption of innocence and the normal rules of evidence in place.

Despite all this, one sees in the Western media, item after item, efforts to portray China as using the national security laws to “clamp down” on freedom and liberal values in Hong Kong.

A good example is a story in The Guardian which reffered to the 47 pro-democracy activists being charged with subversion under the new law for having “schemed to select candidates who could win a majority of the 70 legislative council seats in an election” as if this was the only criminality alleged against them.

The event described in the article is what the defendants and their supporters called the “primaries” which took place in early July last year. It involved a poll of about 600,000 people on the electoral roll, to find the best candidates for the general election then due in September. What the Guardian reporter does not mention is the wider plot involved.

The aim of the whole scheme was not for the councillors to serve the community under the law. It was to ensure that the legislature did not function, leading to intervention by the Central Government, “strong protests” in the streets with bloody repression to follow. This would in turn cause Western countries to intervene. This plot was called “10-steps to mutual destruction”.

To avoid this disastrous outcome, the government could yield to the plotters’ “five key demands”. These were in fact set-up for the government to refuse, for they knew full well that there was no way the government could have accepted them. Amongst the demands were “double universal suffrage” which required amendment of the Region’s constitution by the National Peoples’ Congress. It was not within the Hong Kong government’s remit.

The full facts concerning the alleged plot have not yet emerged. What, precisely, was put to the registered voters at the “primaries” to induce them to come out to vote? According to the police, they were paid substantial sums to take part in the process. Arising from this, HK$1.6 million has been frozen.

The degree of culpability of each participant may vary. Possibly, more people may be charged. But, looking at the matter in the round, is there not a serious national security issue involved?

What Western democracy would tolerate a scheme aimed at disabling one of its prime organs of government, the legislature?

This is undoubtedly a turning point in Hong Kong’s history since the reunification, though not in the way portrayed in the Western media.

Article 68 of the Basic Law says this:

“The Legislative Council of the Hong Kong Special Administrative Region shall be constituted by election.

From the outset, Beijing has been meticulous in observing this provision. Thus, the directly elected component of the Legislative Council was increased from 20 to 24 in the year 2000 and further increased to 30 in 2004. Then, in 2012, five seats were created for District Councillors ( who were themselves directly elected ) thus making half the legislature directly elected.

If the councillors had the capacity for good governance and the wisdom to work with the principle of “gradual and orderly progress”, they would have seen this as their opportunity to make their mark. Instead, a large proportion of them – the “pan-democrats” – were locked within their own narrow ideological world and saw Beijing as their enemy. When, in 2014, Beijing put forward its plan to make the Chief Executive selection process more democratic, this was bitterly opposed by the “pan-democrats”, thus putting the clock back five years.

From this point on, the legislature became increasingly dysfunctional. Without an effective legislature, the Region could not be properly governed.

The National People’s Congress, arising from its meeting recently, has announced a scheme for the reform of the electoral system, and changes in the composition of the Legislative Council.

The broad aim is to ensure that never again would there be an attempt to use the legislature as an instrument of destruction.

Will the political scene radically change in Hong Kong? Most certainly yes.

Hopefully, a new generation of political leaders will emerge who see that true democracy involves moderation and respect for the views of others; that the exercise of personal freedom leaves room for others to enjoy theirs; that social progress does not involve firebombs in the streets. Above all, that freedom and democracy can dwell under the principle of One Country Two Systems. 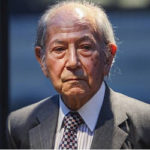