When Canberra ponders Beijing, Beijing may wonder the same

When some elements within Canberra express their dislike for Beijing subtly and hazard a guess at Beijing’s next step, Beijing may see Canberra’s ‘China Policy’ as being bizarre.

Reasonably, the Morrison administration wants to ensure a consistent national foreign policy through local agencies. That is why he attempted to introduce new legislation that will allow Canberra to cancel and prohibit arrangements of states, territories, councils and universities with foreign governments that are not in line with Australia’s national interest.

However, Beijing may doubt if Morrison has a diplomatic clock in his office. Previously, at a time of declining Sino-Australian relations, the Australian advocation of an independent Covid-19 inquiry, that was fiercely opposed in Beijing, had been proposed by some European countries several days later that have better relationships with China. Why not wait and offer the investigation with other peers rather than being standing alone? On this occasion too, the timing of announcing this policy may also be injudicious; just as when No 2 Chinese diplomat in Australia Wang Xining gave such a consolidatory and approachable address. Even without any Canberra’s official clarification, Beijing may feel targeted, as it has the highest number of deals with the aforementioned agencies.

Some Australian media outlets asserted “if China truly wanted to make some meaningful overtures to Australia this week, they would have sent out someone more senior than Wang.” The hard truth is that in Beijing’s diplomatic itinerary, there are a plethora of bilateral relations that are more important than Australia, a country that Beijing has no territorial issues, historical hatred or power games with. Although Wang is just a deputy ambassador rather than a high-ranking official sitting in Beijing, his performance is unquestionably from Beijing’s command. Arguably, due to the conformity of the Chinese political system, Wang’s cordial tone may signify a shift of so-called “Wolf Warrior Diplomacy” in the West or “Kong Fu Panda Diplomacy” in Beijing.

Beijing may wonder why didn’t Canberra take the proffered olive branch to engage with China since Wang’s answer to Beijing’s refusal of communication with Canberra doesn’t look so convincing, but at least indicates that the door is open? Maybe the essence of the speech is double-standard, as John Lee, former adviser in the Australian government, commented. But it definitely represents “the clearest sign yet that the deep freeze that Beijing has put the relationship with Australia is beginning to thaw”, as James Curran, another advisor, argued.

Maybe Beijing thought that even without diplomatic/direct communication, Sino-Australian trade still grows significantly. Why should Beijing consume too much diplomatic or political energy with Australia? Now, Beijing has taken the initiative to start a conversation through a non-core official, effectively testing the waters. If the feedback is positive, the high-level dialogue may be restarted. But the response of the Morrison government seems like nothing but a loud slap to a country with a face-saving/enhancing culture that has been widely acknowledged as the imperative of its foreign-policy doctrines.

In fact, Canberra understands the importance of verbal communication as a minimum in bilateral relations; this can be proven by Morrison’s repeated claim of the comprehensive strategic partnership with Beijing, and Foreign Minister Payne’s perseverance in differentiating the Australian position from the US in the recent AUSMIN meeting. In particular, despite Canberra’s endeavor in its market diversification agenda, China’s share of Australian exports soared, hitting an all-time high of 48.8 percent in June. Notably, Asialink’s recent report illustrated “India will not be the next China for Australia, and Southeast Asia, Japan and South Korea are all important markets but without China’s scale for the same commodities and services.”

Nevertheless, Beijing may question the authenticity of Canberra’s cordial desire. As a part of the government body, the National Foundation for Australia-China Relations is intended to ‘turbocharge’ the two countries’ interactions. However, two board members newly selected by Payne hold apparent critical opinions towards Beijing with the financial assistance of the US Government, as Jocelyn Chey, Australia’s former consul-general to Hong Kong, concerned. Warwick Smith resigned from the chair of the Foundation, describing the organization’s inception as “tortured and unspectacular.”

So, Beijing may wonder what does Australia really want? Beijing may know clearly that they have different values, and Canberra doesn’t enjoy some of Beijing’s behaviours. More importantly, Canberra is within its rights to align with the US or issues any policy if that’s in its national interest. But Australia is not the only country in that situation and the well-acknowledged dilemma where countries’ economy relies heavily upon China, while sympathies of security lie with the US. Japan is an excellent example, with which China not only has historical trauma but also fights for territorial issues.

However, the Sino-Japanese relations are not so strained as expected, as Beijing commented that the bilateral relations have been back on track and achieved new development. Recently, Prime Minister Shinzo Abe announced his resignation due to health reasons. Beijing expressed positive comments on Prime Minister Abe’s essential efforts in the bilateral relations and wished him a speedy recovery. Why is Canberra so different?

Beijing’s foreign policy might be inappropriate sometimes, but the current situation seems to Beijing that the Australian hardline approach to China has become a popular card not only to Australian foreign policy, but also as a domestic political point-scoring strategy. As Shaun Carney, columnist at The Age, argued, “even the Labor Party inhabited a realm of magical thinking where agreeing with its opponents as much as possible will miraculously lead it back to power”. To Beijing, the whole rhetoric may have evolved to agree to demonstrate your concurrence without profound reasoning. Unfortunately, in the future, Beijing’s various restrictions towards Australia will probably go on and even much tougher. Canberra maintains the full sovereignty to defend its national interest and the bilateral relations will potentially become much worse. This is a tragedy that neither peace-loving Australians nor Chinese want to see but has to face. 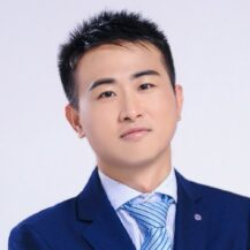