When is a Cabinet not the Cabinet? When the Prime Minister says that it is 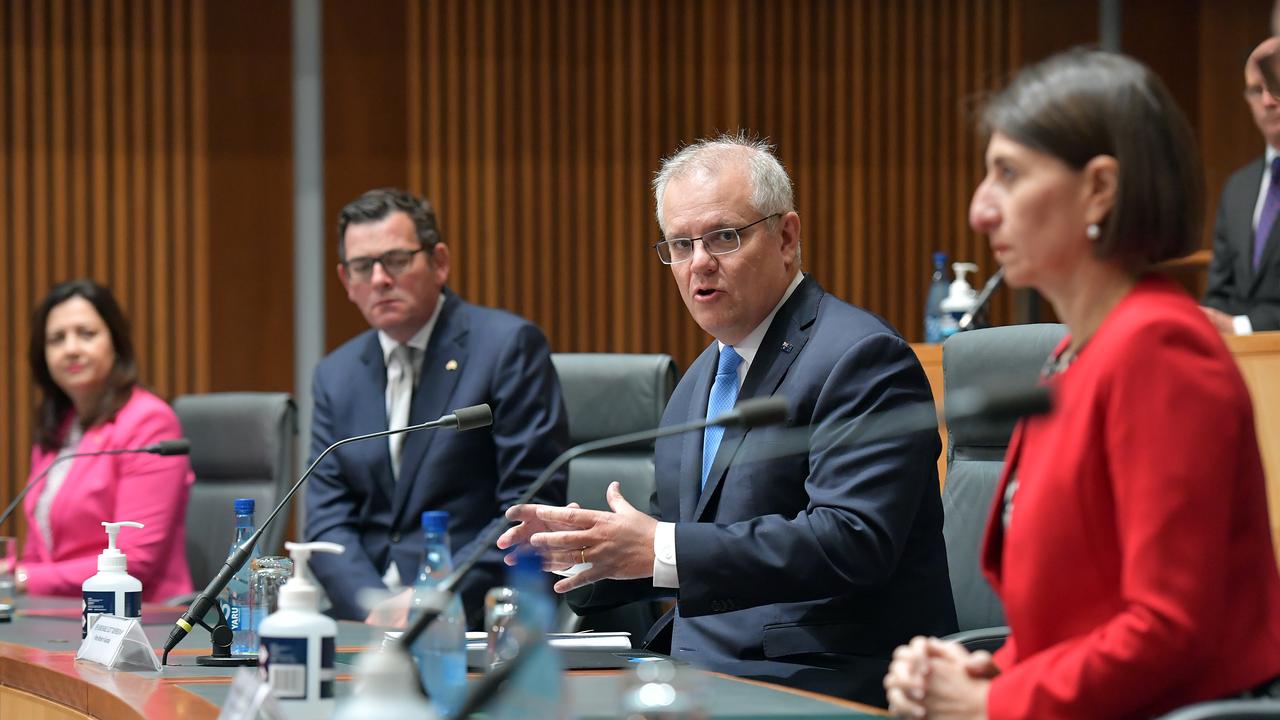 Senator Rex Patrick has won the right to access documents from the National Cabinet. Scott Morrison should never have tried to keep them secret.

The National Cabinet has been operating more or less successfully for 18 months. Its purpose has been to achieve coordination between the federal and state governments in tackling the COVID-19 pandemic. Since its inception, independent Senator Rex Patrick has tried to obtain records of the National Cabinet in order to obtain some understanding of how the highly significant entity works. He hit a brick wall.

Patrick lodged a freedom of information (FOI) request with the Department of Prime Minister and Cabinet for access to records concerning the terms of reference, functions and rules pursuant to which the National Cabinet operates. The department refused access to any such documents on the ground that they were federal Cabinet documents and, therefore, exempt under the FOI Act.

After the first National Cabinet meeting, Prime Minister Scott Morrison said that the National Cabinet “has now been established formally under the Commonwealth government’s cabinet guidelines. And it has the status of a meeting of Cabinet that would exist at a federal level…”.

Morrison’s attachment to secrecy in government is well known. One need think only of the government’s categorical refusal to release documents with respect to the manner in which decisions were made in the “sport rorts” affair and the “car park” affair. Of the failure of the government to disclose the report of the inquiry conducted by departmental secretary Phil Gaetjens in relation to Brittany Higgins’ allegations of sexual misconduct in Parliament. And no government has done more than this one to frustrate and undermine the operation of the FOI Act itself.

None of these examples, however, comes near Morrison’s audacity in seeking to shield the National Cabinet completely from public scrutiny. For a host of constitutional and legal reasons, however, this attempt was destined to fail.

The first criterion for determining whether a governmental entity may properly be considered as a Cabinet, therefore, is whether it is governed according to the constitutional convention of collective ministerial responsibility. The National Cabinet is not.

National Cabinet’s operations do not reflect the convention’s rules. National Cabinet is not responsible to the Commonwealth Parliament. Its ministers or members are not required to resign should they lose the confidence of the Commonwealth Parliament. They are not subject to the unanimity rule. Premiers and territory chief ministers develop their positions according to the politics and preferences of their own electorates and vote accordingly. National Cabinet has amply demonstrated that its members will often publicly disagree.

In the absence of a requirement for unanimity, the strict requirement for Cabinet confidentiality is of lesser significance. National Cabinet may agree that some or all of its proceedings should be conducted in confidence but such an agreement has no constitutional standing. It is a political and organisational choice.

A second criterion is whether a governmental body purporting to be a Cabinet is comprised of a membership that is recognised as proper for a Cabinet. The National Cabinet is comprised of the prime minister, the state premiers and the chief ministers of the two territories. Each of these members are ministers of state, as is appropriate. Only one, however, the prime minister, is a member of the federal Cabinet.

Patrick appealed the decision of the Department of Prime Minister and Cabinet to refuse him FOI access to documents concerning the National Cabinet. The ground for the denial of access was that National Cabinet was a Cabinet committee and, therefore, its documentation must be kept secret. The case was heard and determined recently before Justice Richard White sitting as member of the Administrative Appeals Tribunal. In a blistering judgment, Justice White eviscerated the department’s and the prime minister’s arguments.

Justice White concluded that “the primary purpose of the National Cabinet is the promotion of a coordinated approach amongst the states and territories and the addressing of matters over which the Commonwealth does not have direct responsibility. In my view, the references to the National Cabinet being constituted as a cabinet office policy committee do not point persuasively to it being a committee of the Cabinet.”

The National Cabinet is a highly significant and consequential governmental body. It coordinates the activities of the federal, state and territory governments in responding to the Covid pandemic. The public interest in understanding, scrutinising and evaluating its decisions and actions is substantial. It should never have been thought that its deliberations should be secret. The prime minister was entirely wrong to have attempted to make it so.