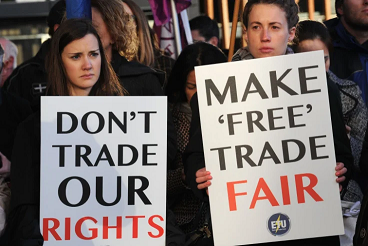 Since the last election, most trade deals signed by the LNP government exclude any commitments to labour rights and environmental standards. Image: provided

As you go to the polling booth on May 21, your candidates will be asking for your vote to repair an economy hit by the COVID-19 pandemic, floods, and fire. But before you entrust them with your vote, you should also ask how their party’s trade policies will help or hinder the national recovery.

Whether it’s to shore up manufacturing, reform our essential public services, or transition to renewable energy, any policy proposal for the next term of parliament could be shaped and restricted by trade agreements that previous governments have signed.

These agreements are negotiated in secret, the text is not made public until after they are signed, and there is no independent evaluation of their economic and social costs and benefits. What’s more, parliament only votes on the enabling legislation, not the whole agreement.

Trade rules can restrict government subsidies, limit government procurement from local business, and hinder the regulation of public services. They can even grant special rights to multinational corporations to sue governments for policy changes that they claim could harm their investment.

Despite the enormous power of trade rules to shape our economy and society – or perhaps because of this – governments and candidates often shy away from discussing the true cost and benefits of trade agreements during an election campaign.

But thanks to a helpful scorecard prepared by the Australian Fair Trade and Investment Network (AFTINET), voters can now find out where their candidates’ parties stand on trade.

The Liberal-National Government: more of the same

Since the last election, most trade deals signed by the LNP government exclude any commitments to labour rights and environmental standards, like the Regional Comprehensive Economic Partnership (RCEP) mega-deal, and the deals with Indonesia, Peru, Hong Kong and India. Only the Comprehensive and Progressive Trans-Pacific Partnership (CPTPP), and the Australia-UK Free Trade Agreement, contain some commitments to workers’ rights and the environment thanks to pressure from civil society organisations and trading partners.

Following President Biden’s example, the LNP gave public support to a proposed waiver on World Trade Organisation (WTO) rules on patent monopolies on vaccines and medicines. This proposal would help expand global production of vaccines and achieve vaccine equity for low-income countries. However, the LNP has refused to actively sponsor the proposal, trying instead to “seek common ground” – or hedge its bets – between members of the WTO.

The Labor Party: good on paper, but can they walk the walk?

Labor’s 2021 trade policy platform has many positive aspects. This platform commits them to oppose some of the most damaging trade rules, such as corporate rights to sue governments, stronger intellectual property monopolies, the deregulation of essential services, and the removal of labour market testing for temporary migrant workers. The platform supports enforceable labour rights and environmental standards in trade deals, the publication of negotiating texts, and independent economic and social evaluation of agreements.

Labor supports a temporary waiver on World Trade Organisation (WTO) rules on patent monopolies on COVID19 vaccines and medicines, and it has called on the government to actively sponsor the waiver. Should Labor be elected, the first tests of its commitment to trade justice will be in its actions at the WTO on the patent waiver, and on improving the agreements with the UK and India, which have been signed but not yet ratified.

The Australian Greens have consistently opposed harmful trade deals. They have supported enforceable labour rights and environmental standards in trade agreements, and they have called for the public release and independent evaluation of deals before signing. They voted against the enabling legislation of the CPTPP, the RCEP and bilateral agreements that were contrary to their policies, and criticised the Australia-UK FTA. Like Labor, the Greens support a temporary waiver on World Trade Organisation (WTO) rules on patent monopolies on vaccines and medicines, and they support sponsorship of the waiver.

The Greens’ challenge, however, will be to use their cross-bench power to secure real progress on trade justice in the parliament. Should the Greens hold the balance of power in their own right, they would be in a better position than ever to argue for independent impact assessments of trade deals, the publication of the text of trade deals, and enforceable labour rights and environmental standards.

The Centre Alliance has a solid track-record on trade justice. Not only have they called for reform to the trade negotiation process, but they have voted against the enabling legislation of mega-deals  like the CPTPP and RCEP.

Inform your vote, educate your candidate

The enormous challenges that Australia faces – from the climate emergency to global vaccine inequality, from the aged care crisis to the risk Big Tech poses to digital rights – mean that candidates must be alert to how trade rules can limit any future government’s power to address these problems. As citizens, we should inform our vote and hold candidates to account for their party’s record and policies on trade justice. 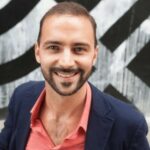 Timothy Ginty is the Trade Justice Coordinator at the Australian Fair Trade and Investment Network (AFTINET). AFTINET has published an election scorecard comparing the trade policies of the LNP, ALP, Greens and Centre Alliance. To write to your candidates on trade transparency, see AFTINET’s campaign page.