White Man’s Media: Asia’s a place you fly over

By ignoring Asia, the Australian media is contributing towards the creation of more insular and parochial but less understanding country.

Any examination of Australia’s media these days suggests that the country’s news editors have seemingly adopted an adage once attributed to former Prime Minister Paul Keating – namely that Asia was a place you flew over on the way to Europe – or additionally Washington in our case.

So scant is any serious coverage, commentary or analysis of our nearest neighbours in Southeast Asia or the Pacific in the mainstream media at the moment that one might question whether in the mind of our news executives these places have ceased to exist. Fewer and fewer Australian correspondents in the region struggle to get fewer and fewer stories a run in the daily media.

In today’s digital world, a journalist’s work is judged – and often rewarded – on the basis of the number of “click-throughs” it generates or the amount of retweets on Twitter or mentions in social media it can garner. Hence the tidal wave of “clickbait” tabloid headlines pandering to the lowest common denominator – with content to match. Stories on events and people from our immediate neighbourhood then rarely make the cut involving, as they do, different cultures from the lesser-known and harder-to-understand countries of the Asia Pacific.

This preoccupation with the familiar means our coverage of international affairs is more likely to focus on Meghan Markle’s latest utterances than the catastrophic humanitarian and economic toll being visited on our nearest neighbours by the Covid pandemic. A video of another massive multi-car pile up on a Los Angeles turnpike has a better chance of a run than a report from downtown Yangon on the atrocities committed by the military junta in Myanmar against its own people. The tendency is to simply stick with the familiar.

It begs the question as to whether Australian media editors and news producers are either disinterested or simply don’t have the background, experience or (in some cases) intellect to effectively manage international coverage and assignments to provide the necessary context required to make a reportage from the region relevant to their readers, listeners and watchers back home. The fact remains, that in today’s media unless stories involve a natural disaster or some graphic ‘gee-whiz’ images you’ll rarely hear about our neighbours.

The great irony being that whilst the numbers of Australians visiting and living/working in Asia Pacific countries are vastly larger than 30 or 40 years ago our coverage and analysis of them has steadily diminished. As a result, our younger generations are potentially less well informed, less knowledgeable and less well-prepared to deal with and meet the challenges and opportunities presented in our own backyard.

It wasn’t always so. There was a time – perhaps the three decades that spanned the period from 1970  to 2000 where Australian reporting on South-east Asia and the Pacific led the world. In terms of quality and depth of reporting.

The ABC (with Radio Australia) maintained a significant and well-resourced presence with dedicated correspondents and support staff in nearly a dozen cities across the region as well as freelance contributors elsewhere and specialist Asia Pacific reporters in Sydney, Melbourne and Canberra. Fairfax (now Nine) and the Herald and Weekly Times Ltd (now News Corporation) also funded bureaux in Beijing, Shanghai, Tokyo, Singapore, Jakarta and Delhi at different times.

Correspondents reported, analysed and commented on the events and politics of the region from an Australian perspective for an Australian audience. It was a sign that that Australian media, and thereby Australia, took the Asia Pacific region seriously, and consequently, the region took us seriously in return.

Unlike their colleagues in London and Washington who had the luxury of being able to re-write or re-version material from the likes of The Times or The Telegraph and the BBC or The New York Times and the big America television networks, correspondents in our region mostly had to resort of primary reporting – cultivating their own reliable sources, on-the-ground interviews and original journalism – relevant to Australian audiences back home.

The result was Australians were getting their own boots-on-the-ground view of events as they unfolded in our own backyard. Readers, listeners and viewers had a greater comprehension of the political machinations of our Asian and Pacific neighbours – if not some deeper understanding of the respective cultures. It was a time when most literate Australians could potentially put names to each of the ASEAN leaders, if not those of Papua New Guinea and Fiji as well. It is doubtful the same would hold true today.

The fact is over the last two decades, Australian media has retreated from its coverage of the Asia Pacific. The arrival of the internet and social media and the subsequent decline in the profitability of the big media organisations has led to a local media industry almost completely dominated by profit-and-loss bean counters rather than editorial leadership and intellect. On top of that, we’ve had a level of ideological bastardry in Canberra which has resulted in ever-shrinking funding for public interest journalism about the region.

As a result, the country’s media organisations have steadily reduced budgets for their own international newsgathering whilst retaining, and in some cases increasing, their reliance on content from the international news agencies and major media brands. The ABC maintains correspondents in the region but with more modest newsgathering resources and more limited travel budgets, severely impacting upon their capacity to file original material. The influence of Radio Australia, and its ABC television equivalent, on the region these days is minimal.

Significantly, what independent coverage we had of China from an Australian perspective was severely curtailed following Beijing’s virtual expulsion of our two remaining correspondents there – the ABC’s Bill Birtles and the Australian Financial Review‘s Mike Smith – late last year

The frustration is that even in places where our news media maintain their own correspondents abroad, editors have not for the most part been able to wean themselves off alternative coverage from the same legacy white media providers it has always turned to. It is easier, and perhaps more cost-effective, in today’s digital world, to simply run with the feed from the BBC, CNN, Al Jazeera or Fox News than empower and resource your own reporters to do the same – or better.

There are honourable exceptions, of course. For example, SBS World News, whose budget is a pittance compared with those of the ABC, commercial networks and Sky News, is adept at editing video from its international news sources then having its own correspondents’ script and voice-over it so as to better provide relevant background, context and nuance for its local audience. And to be fair, marquee programs such as ABC’s Foreign Correspondent and Nine’s 60 Minutes to make occasional forays into the region – but far too infrequently and too often on the basis of the “visiting fireman” than from the vantage of an embedded foreign correspondent.

Elsewhere, The Australian’s Amanda Hodge continues to stoically report on an area that stretches from Afghanistan and India to Thailand, Indochina and the Philippines from an outpost in Jakarta.

Nine (owners of not just the Nine Network but both The Age and The Sydney Morning Herald), now appears to have little interest in day-to-day developments of the region unless of course they can be linked to a real estate yarn, a drug bust involving Australians or a former royal – of any nationality – behaving badly.

The result is that the Australian media is contributing towards the creation of an Australia more insular and parochial but less understanding of our place in the world and the relationship with our neighbours. We increasingly see little of the world other than through the eyes of London and Washington.

Yet there may be some cause for optimism in the fact Paul Keating did not only belatedly discover Asia, he became a champion of our continued integration with it. Indeed, Keating was able to enunciate a vision that encapsulated a place for Australia truly bound up within the rise and rise of the Asia Pacific.

We need and deserve better and more comprehensive coverage of our region – to both better inform and educate new generations of Australians whilst reminding our neighbours that we are indeed serious about the world in which we live. Any change will require leadership, vision and commitment from not just the government, but the business community – and indeed the Australian media. Stay tuned – but don’t expect any changes to current programming – at least not in the foreseeable future.

Bruce Dover is a former award winning foreign correspondent. He was Vice President (China) for News Corporation, Managing Editor for CNN International and the Chief Executive of the ABC’s international television service, Australia Network. He works as a consultant on international media and communications. 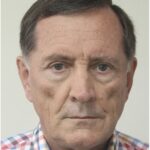 Ian Macintosh spent five decades as a broadcast journalist, news executive and media consultant. At the ABC he reported for news and current affairs programs, was a foreign correspondent variously based in the Asia Pacific, Europe and North America, undertook editor and executive producer assignments and managed the ABC’s international operations. Subsequently he was an editorial and business executive with CNN International becoming its Hong Kong-based senior vice president for Asia Pacific. He has also travelled widely in the region and beyond as a broadcast media consultant.