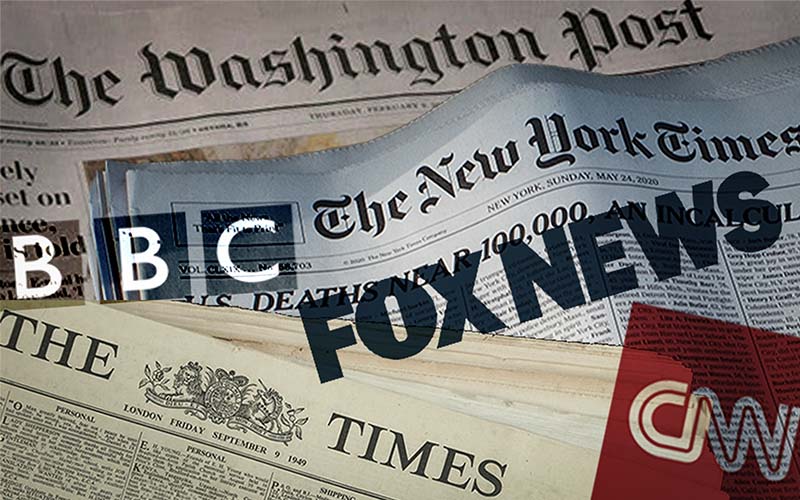 The media thunders forth from its citadel of truth against the infidels. Those chosen to comment on things Chinese are seldom people who have worked in China but hawks who spout the conservative line

It is not just White Man’s Media but brings a whole cultural and language baggage with it. It is also White Woman’s media in respect of how we look at the world outside our own culture and beliefs. And it is not just the media but our politicians and, for the most part, the general public in our societies.

The basic assumption underlying Western approaches is that our values and our systems are right and others are wrong. All that has changed since the 1900s is that instead of preaching the one true religious faith we now preach the one true political faith. For most people on this planet, the right to eat is more important than the right to vote.

Others will produce carefully structured arguments so I will just pick out a few things that bug me!

Let us first look at language. A multicultural society is surely one made up of a number of cultures but in Australia today it refers to those cultures that are not English-speaking Anglo Celtic derived from Europe, previously known as wogs. It may be derogatory when it requires them to toe the Anglo line or it can be used when we demand that more should be done for them. Either way, it is very clear that one culture is not included. For example, are men who walk around in skirts playing the bagpipes part of the multicultural community or are they different because they are white and more or less English speaking?

Our print media can only handle the English language. For example, the Spanish tilde [~] is ignored in commonly used words like El Niño which appears as El Nino which is effectively leaving out a letter. In spoken English, I frequently hear ABC and others talk about Los Vegas. Presumably, they have heard of Los Angeles and assume that all other wog words must begin with Los. The /j/ in Beijing is routinely pronounced like the sound in the French /je/ instead of like the English /jingo/ which is close enough to the Chinese sound. We can find plenty of other examples of the assumption that all foreign languages are French so that the Spanish Andres or the Russian Andrei must be made to sound like /Ondray/.

Journalists who write on international relations and on the military do not understand even the basic vocabulary. For example, I constantly read about the Australian Diplomatic Corps and today in the SMH I read a reference to the Chinese Diplomatic Corps when they obviously meant the diplomatic service. The Australian diplomatic corps is of course those foreign diplomats working in Australia and the Chinese Diplomatic Corps would be those foreign diplomats working in China. A small point perhaps but if you can’t get the basic vocabulary right you lose credibility on bigger issues not to mention causing confusion. I find many also have no understanding of the meaning of diplomatic titles or practices. A recent outpouring of angst was caused by a failure to understand what an aide-memoire is. A Chinese diplomat handed one over and was accused of attacking Australia when he was just giving a piece of paper that made clear what he was saying. You don’t need to be a French scholar to work out what aide-memoire means.

The distinction between fact and opinion is blurred. The selection of facts and the way they are presented is also biased. We are inundated with reports of Chinese sins but when our friends do exactly the same thing that is ignored.

A hundred years or so ago, Christian missionaries spread out from Europe and its cultural extensions in the Americas and the antipodes to bring the one true religion to the sinful infidels sunk in heretical ignorance. Today, Christianity has been replaced by Democracy but little else has changed. Democracy is, of course, just as much based on faith as Christianity is and it is taken by the media as gospel. However, it is seldom defined. The USA created modern democracy when everyone got the vote unless they were black, female, poor or what we now call first nations. Was Australia a democracy when we denied citizenship to our original inhabitants?

There is considerable evidence to suggest that most Chinese are quite happy with their system of government and do not want to adopt Western democracy but this is unacceptable to us. We demand that China stop interfering in our country and our values but refuse to stop interfering in China and attacking its values. The media thunders forth from its citadel of truth against the infidels. Those chosen to comment on things Chinese are seldom people who have worked in China but hawks who spout the conservative line.

To be fair, things are better than they used to be and we see a lot more non-white faces on TV. However, the current rise of the pandemic and the new Census have shown up how little attention is paid to those who don’t fit the English-speaking mould.

Media coverage of the world is dominated by the UK and the USA both in content and origin of reports, even in those few media outlets not owned by Rupert Murdoch. The cartoons in the SMH are not just American but often incomprehensible to an Australian. We also get characters shovelling snow when it is midsummer in Australia and complaining of heatwaves in our winter.

These are some of my unfavourite things.

For the other articles in the White Man’s Media series, please see here.