For well over 100 years, the British colonial viewpoint was conveyed to and absorbed by Chinese living in Hong Kong. Fundamental to securing this outcome was the centrally dominant role of English in colonial life. The English media that mattered told a particular story of Hong Kong that the British and varied expatriates prioritized. This is the priority-legacy on which the global Western media draws today as it increasingly scowls in alarm at the rise of China.

Let’s not mince words. Colonialism is the taking control of another country, occupying it, and exploiting it economically. English language media were part of the colonial system. English was the language of the conqueror.

Colonisation was painful for those who lost control of their country. It was demeaning for its people. Yet, over time, we hardly knew how deep the damage was to our own sense of self and identity. Western ways were promoted as better ways.

Children rarely question the status quo. I did not while growing up in colonial Hong Kong. I went to an English school that was originally established for the foreign children of British civil servants and expatriate businessmen. The “Chinese” who were there were either “overseas Chinese” or had some special family circumstances. In my case, I had a Danish stepfather. We learnt British and European history, as well as European languages.

I wished I was “foreign” in those days. Being white was privileged. Even wealthy Chinese couldn’t be compared to them. China was dirt poor and “communist” – grown-ups said communists did crazy things like unleash the Cultural Revolution (1966-76), which spilled over to Hong Kong temporarily in 1966-67 causing violence and riots. Thus, the less said about China the better. I started to think that being Chinese was less legitimate. It was the start of developing a colonial attitude that internalised the feeling that my own ethnic and cultural identify was inferior to whiteness, and Western values and culture.

This sense of illegitimacy was also confirmed by the way in which serious interracial relations were frowned upon in those days. I grew up in a culturally diverse and mixed environment. My mother and stepfather had friends from different cultures. Western foreigners did marry Asian women. They typically worked for big British companies, however, that didn’t look favourably upon British recruits marrying non-whites. There was a fear that the men would “go native”. My parents also had Jewish friends, and Southeast Asian and South Asian friends, and friends whom we would describe as LGBT today. It was only later in life that I realised that my childhood was a part of Hong Kong’s small émigré society – a mix of people who stepped outside their own circles and found friendship with others like them – they were les autres.

When I was a teenager, I was sent to boarding school in England. A real English education in England was supposed to be better than what was available in Hong Kong. My mother’s family had sent their children to England since grandfather’s generation. It was like going to colonial headquarters, where we learnt how to behave and become western educated. I learnt British manners and the way of speaking. I also learnt about their history, politics, and class culture. There weren’t many foreigners at boarding school in the 1970s. The foreigners mostly came from former British colonies, like Singapore and Malaysia.

I developed some fresh perspectives about HQ. People knew hardly anything about Hong Kong and Asia. Shockingly, the colonials were seen as second rate “back home”, and their lives in the colonies were a source of jokes – they tried their luck abroad because they couldn’t make it at home. Surprisingly, there were white people doing menial work in England – something I didn’t see in Hong Kong; and not all white folk lived like the expatriates did in Hong Kong, joining exclusive clubs, and living at The Peak, an exclusive residential area. I didn’t know until much later that there had been a law up until after WWII that limited The Peak to “Europeans”, which was why there were still relatively few non-whites living there even in the 1970s. I felt uncomfortable when I fully understood the meaning of discrimination, and that segregation and exclusion were racial in nature. The fact that Hong Kong was a colony affected the structure, politics, economy, and social interactions in society. Whites were privileged in every way.

What an English education in colonial headquarters prepared me for was to see through the condescension, haughtiness, and pomposity of colonial rule back in Hong Kong. I felt embarrassed when I witnessed the white man or woman speaking to locals in patronizing terms. Often the receiver’s English was not good enough to truly appreciate the full extent of the insult. Expatriates seldom learnt Chinese.  Colonial administration worked because the locals in government service had to be able to function in English, and those whose language ability was strong rose to the top. Language facility was not always an indication of ability, however. In any event, the top jobs went to the expatriates until quite late in the day.

Time didn’t stand still of course. The 1960s and 1970s were different from the 1980s, and again things were different in the final years before 1997, when colonialism ended in Hong Kong. The western media reported the “Handover” with regret. Localisation of the administration became important in the 1980s when the British knew they had to give up Hong Kong. Foreign businesses needed to hire and promote locals as Asian economies started to thrive, including the opening-up of China in the 1980s.

China’s speed of change from rural backwater to global power in four decades challenges everything. China’s assertion of its place in the world is seen, especially among the younger generation, negatively in Hong Kong,. They believe as Hong Kongers, that they have “international” values: they are better than just being “Chinese”. They identify with “democracy and human rights”, which have become a part of the western narrative – repeated in the western media ad nauseum. China’s claimed fundamental faults are repeatedly stressed. Moreover, “standing-up” to China is about good versus evil, or “democracy against autocracy”.

There is a case to be made that Hong Kong people could benefit by understanding the impact of colonialism from the perspectives of Chinese and British history. Hong Kong’s identity crisis today is having to let go of the sense that China cannot be as good as the West. Hong Kong does not need a false sense of privilege derived from the White colonial view of what it means to be Chinese. Most of all, Hong Kong people need to be wary of being used to bash China by the West.

Please see the other articles in this series here. 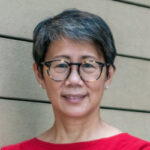