White privilege in sport runs deep, including the Olympics. 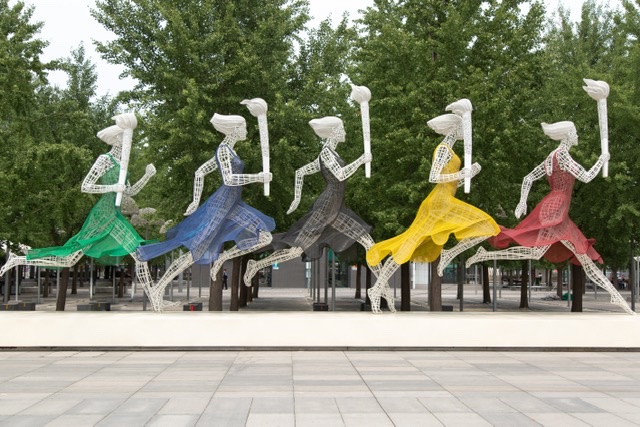 Racist abuse experienced by Black England players is the tip of the iceberg and our response must go deeper and wider and shine a light on white privilege, in the global sports industry.

After England lost the 2020 European Championship Final to Italy, there were outbursts of racist activity across England, including online, directed towards three English players, all three of which are Black. This scenario bears similarity to how Germany’s Mesut Ozil has been treated: “I am German when we win, but I am an immigrant when we lose.” For England’s three targeted players, it is: “We are English when we win, but Black when we lose.”

Many have come out in opposition to the racist remarks, with Prime Minister Boris Johnson and Home Secretary Priti Patel calling it out as unacceptable. There is even a petition to get racists banned from football matches, which reached 1 million signatures in 24 hours.

This was expected: the liberals of Western media are declaring that this is the outrageous and outdated actions of a ‘racist minority’. But then a week later Lewis Hamilton, the black British, Formula One World Champion was racially abused online after winning the British Grand Prix.

It is denial to suggest that this is a minority. It is not necessary to publicly insult Black players to qualify as a racist. For every verbal racist there are 100 silent ones. The reaction to England losing and Lewis Hamilton being abused is systemic and reflects the true nature of British society, with roots in deep-seated white privilege. This is rarely, if ever, acknowledged.

John Barnes, a Black ex-professional footballer who has earned 79 caps for England, expressed the same sentiment in a recent talkSPORT interview. “You cannot get rid of racism in football until you get rid of it in society, because football is part of society. Unfortunately, we’re doing it the wrong way round…look at what is happening in society every single day”

An example of this systemic racism and white privilege is the hypocrisy of commentators and media alike. Boris Johnson denied that the UK was a racist country when recent Black Lives Matters protests occurred across the country, yet is literally on record for calling Black people ‘picaninnies’ and Muslim women ‘letterboxes’.

Meanwhile, Priti Patel has been rebutted for describing footballer ‘taking the knee’ as “gesture politics”. She also opposed the Black Lives Matters protests and is responsible for draconian immigration policies while also expanding the police’s legislative powers, patently ignoring their institutional racism.

Ultimately, the racism and hypocrisy stems from the fact that inhabitants of the UK and other white-majority Western countries are the beneficiaries of a global system of white privilege that has been cultivated and reinforced over centuries of colonial rule, education and promotion of Western supremacy.

White privilege is a global scourge, and sport is a perfect lens through which to expose it. Currently, discussion around racism in sport conveniently focuses on explicit acts of racism. But the issue goes much deeper than fans or players demonstrating racist behaviour, and its solutions are much more complex than taking a knee, signing a petition, or promoting catchy slogans such as “boot out racism.”

To make any progress, we must start looking at it from the other side of the coin: through the lens of privilege. When we do that, it becomes clear that white privilege helps to decide which sports are played, where they are played, their rules, which sports attract money, which have media/television rights, which institutions govern them, and even who is allowed to participate in sports and achieve success through them.

For example, the global sporting structure is controlled by white managers in the West. The major popular sports – football, rugby, baseball, golf, basketball and tennis – have been exported from the West to the rest of the world and are largely dominated by Western countries. Even if non-Western players are now capable of joining the elite ranks of sports, the rule-making bodies are Western, and key decisions are still being made in the West: FIFA is based in Zurich, World Rugby in Dublin, the International Tennis Federation in London, and so on.

Take the Summer Olympics. It is supposedly the most international event in human history, with 206 countries competing in the last Olympics, the majority from non-Western countries. Yet of the 34 Olympic sports, only one, taekwondo, was founded in and headquartered in a location outside of Europe and the United States.

This might sound harmless until you consider the economic implications. Sport is a US$500 billion industry, and there is a lot of money to be made from viewership and sports-related products and services from a large Western audience; and a large Western audience is only guaranteed if Western clubs or players participate or dominate ownership.

This applies to the non-Western world, too. Major media channels are focused on the sports which the West dominates, giving them coverage unattainable to for other sports and ultimately helping to deepen the global focus on Western-centric sports. The media contribution here should not be underestimated: it projects Western cultural influence across the world, or ‘soft power’.

But this soft power has hard impacts. Non-Western sports viewers form a global fan-base that consume Western sport and media, which helps to colonise their minds in believing that their local sports, clubs, or players are not worth supporting, while promoting a belief in the greatness of Western nations. Hence, millions in Asia and Africa have been converted to die-hard supporters of British football teams such as Liverpool and Manchester, places that have no cultural or historical connection to them (aside from being the birthplace of their colonial overlords). One would be hard-pressed to find the same in reverse, such as Europeans and Americans supporting the world’s largest cricket league in India.

This is why crass acts of racism in sport is the tip of the iceberg, and why discussions should shine a light on white privilege. It is embedded into the very structures of global sporting norms, resulting in a system of economic dominance that starts and ends in the West.

It starts there because the headquarters of all major sports are based in the West which naturally make decisions to economically benefit the sports ecosystem in the West.

It ends there because all non-Western players understand that to achieve sporting fame and greatness, they must compete in the West. Thus, the Western sports leagues and clubs have the privilege of being offered the best talent, while other leagues languish. Football in South Africa is a good example.

With the unrivalled media focus, branding opportunities, tournaments, associated products and services, and institutions, the global sports industry becomes unassailable in its Western economic entrenchment; a system that no British elite has any interest in changing, no matter what they post on Twitter.

This article has been republished from The RSA.

Chandran Nair is the Founder and CEO of the Global Institute For Tomorrow (GIFT), an independent pan-Asian think tank based in Hong Kong and Kuala Lumpur. His new book due out in December is titled Dismantling Global White Privilege: Equity for a Post Western World.