Who is provoking whom in the South China Sea? 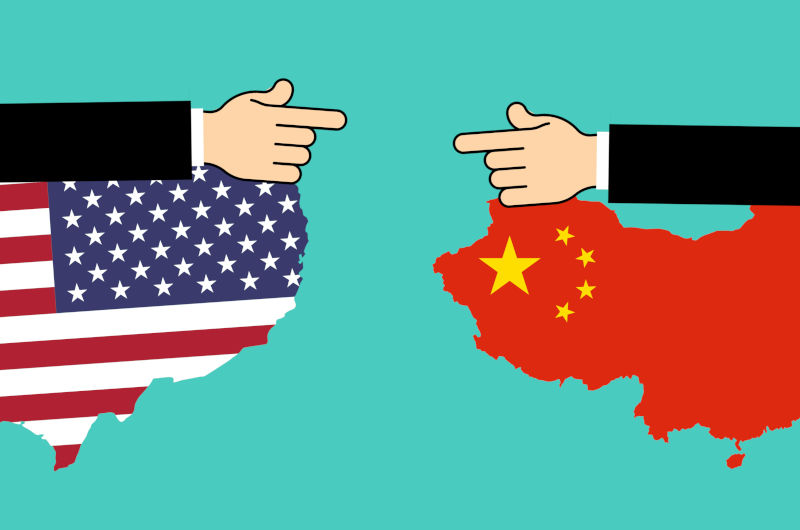 The frequency and intensity of dangerous incidents between US and China militaries are increasing in the South China Sea and second-in-line to the US Presidency Nancy Pelosi’s visit to Taiwan doesn’t help ease the situation. But the U.S needs to pause and examine just who is provoking who and its contributions to the tension there.

High ranking US officials have charged that China’s “provocations” in the South China Sea are increasing and warned that it was only a matter of time before such “aggressive and irresponsible behaviour” resulted in a major incident. The frequency and intensity of dangerous incidents between US and China militaries are indeed increasing there. And the possibility of an incident is surely elevated by the visit of the second in line to the US Presidency Nancy Pelosi’s visit to Taiwan. But the U.S needs to pause and examine just who is provoking whom—in the South China Sea—and its contributions to the tension.

US Deputy Assistant Secretary of State Jung Pak said that there was “a clear and upward trend of PRC provocations against South China Sea claimants and other states lawfully operating in the region”—the U.S. and its allies. Ely Ratner, US Assistant Secretary of Defence for Indo-Pacific Security Affairs one-upped his colleague. He declared that “Beijing is systematically testing the limits of our collective resolve” implying that this has become China’s policy. “What this demands of us is that we demonstrate the will and capability to credibly deter PRC aggression” by increasing our “combat presence in the region”.

Their statements parroted similar comments by Chairman of the Joint Chiefs of Staff Mark Milley that the “Chinese military, in the air and at sea, have become significantly more and noticeably more aggressive in this particular region”.

This is clearly the latest Washington anti-China meme. But it evokes the famous exclamation of tennis star John McEnroe –“You cannot be serious!”

The U.S. certainly shares some of the blame for the situation and the incidents. Let’s look at the facts.
The context is that the South China Sea is half way around the world from Washington and is China’s ‘back yard’. Historically its colonisers used it to invade and conquer it. China’s fundamental defence strategy is to try and keep potential enemies as far from its shores as possible.

To do so, China is developing what the US calls an “access/area denial strategy” designed to control China’s “near seas” and prevent access by the US in the event of a conflict. The US response is a plan of action intended to cripple China’s command, control, communications, computer and intelligence, surveillance and reconnaissance systems (ISR). That makes ISR the “tip of the spear” for both, and both are trying to dominate this sphere over, on and under China’s near seas.

But China is facing an uphill struggle in implementing its strategy. The U.S. – unlike China – already has military “places” if not bases in Southeast Asia, in its military allies the Philippines and Thailand, and more recently in Malaysia and Singapore for its aerial sub-hunters and electronic warfare platforms.

More important to China’s existential strategy, the South China Sea provides relative ‘sanctuary’ for its retaliatory strike nuclear submarines based in Yulin on Hainan. These submarines are its insurance against a first strike — something the U.S.—unlike China–has not disavowed. The U.S. wants to deny China this ‘sanctuary’. It uses ISR probes to detect and determine the capabilities of China’s submarines, as well as to track and if necessary target them.

To China, it is the U.S. that is being more ‘assertive’ in the South China Sea beginning with its 2011 ‘pivot’ followed by stepped up Freedom of Navigation Operations (FONOPs), ISR probes and more frequent projections of the epitome of its power–aircraft carrier strike groups and nuclear capable bombers and submarines. Moreover it is doing so with ‘attitude’. As a senior U.S. naval officer put it, FONOPs are “an in your face, rub your nose in it operation that lets people know who is the boss.”

The Donald J. Trump administration increased the tempo of US military activities there challenging what it saw as China’s attempts to undermine the US-led ‘international order’. The situation became so fraught that Beijing thought the U.S. was going to attack its installations in the South China Sea.

President Joe Biden’s administration has continued and even worsened the situation by reinvigorating the Quad and launching AUKUS –both multilateral arrangements designed to contain and constrain China.

Incidents result when China challenges US ISR probes that it thinks directly threaten its security. The U.S. military now undertakes an average of four ISR missions a day over the South China Sea. That’s about 1500 a year. Some are coming as close as 25 nautical miles—and China understandably sees this as threatening.

In June a Chinese warplane made an ‘unsafe’ intercept of one of them. This raises the spectre of another EP-3 incident that brought the two countries to the brink of conflict. The US Ronald Reagan aircraft carrier strike group just passed through the South China Sea and the US Benfold just completed two FONOPs challenging China’s claims in the Parecels and in the Spratlys. Stop for a moment and consider what the US reaction would be if China mounted a similar volume of probes and projection of power off its Gulf coast. Would the U.S. military consider them provocative and threatening and respond accordingly?

Speaking of provocations, last week more than 50 US and Japanese warplanes staged their ‘largest ever’ show of force in and over the East China Sea. In an unusually threatening manoeuvre some US fighter jets crossed over the Japan-claimed median line with China, resulting in China scrambling its jets in response.

Pak cited the incident involving the Australian intelligence collection plane near the Parecels as an example of China’s ‘aggressive actions’. But she and Australia have declined to reveal the course of the plane, the location of the incident and what the plane was doing. Because Australia and Pak claim that it was in international air space, revealing this information would bolster their case. That they did not do so raises suspicions as to who was at fault.

And now, despite China’s ardent opposition, Pelosi went forward with a visit to what China considers a renegade province thus enhancing its status as an ‘independent’ entity. Again, who is provoking whom?
But the U.S. did make one conciliatory gesture. Pelosi’s plane diverted from the usual direct route between Kuala Lumpur and Taipei over the South China Sea. This avoided a situation in which China could claim the military aircraft was violating its territorial or territorial waters’ airspace over the features it claims as an excuse to intercept / threaten it. Although it was safer to go around, by doing so it could be interpreted as the U.S. acknowledging China’s claims to those features.

The U.S. is involved in a classic ‘security dilemma’ in the South China Sea—a situation in which the actions of one state trying to make itself more secure (the pivot and its follow-ons) tend to make others less secure and results in a spiral of such actions and reactions. In the end neither state is more ‘secure’. The U.S. needs to recognise this for what it is, stop repeating and believing its own propaganda and deal with the situation with clear heads uninfluenced by populist pressure of its own making. Compromise on military behaviour in the South China Sea with a rising and increasingly—and understandably –incredulous China is the only peaceful way out of this security dilemma.

A shorter edited version of this piece appeared in the South China Morning Post on  5 Aug, 2022