Who will the Government listen to this time?

Because the Morrison Government listened to its health advisers Australia got through the coronavirus crisis with relative speed.  Economic recovery will also depend on who the Government listens to.

The Government believes the construction industry requires the greatest support, particularly through housing demand. Our first housing problem arises from past policy. Negative gearing, the cut in capital gains tax and more recently the lowest borrowing rates in history became a huge boon to housing investors. Very many young people seeking their first home, without wealthy back-up, have been virtually excluded from the housing market. While heavily subsidising housing investors (until recently by about $7 billion annually but in 2018 by about $12 billion) the Government failed to assist those seeking a first home which drove most into rental-housing. This greatly increased rents.

This problem requires a more equitable solution than the building assistance for the well-off just announced by the Morrison Government.  Instead, the Government could establish a National Housing Corporation to build affordable, quality housing as residences and sold only to permanent residents. They could be sold at cost and, in the early stages, to those on an annual income of up to, say, $100,000.

The homes should be built in a variety of metropolitan areas close to public transport and where possible near employment opportunities, accord with high-quality urban planning and be low-rise in garden environments. A percentage could be reserved for local teachers, medical staff at public hospitals, police and staff at other essential public services in the area. For a specified period, this housing could only be re-sold to the NHC or exchanged for similar housing closest to that to which the owner has been transferred.

One of many beneficial consequences of the NHC would be to enable State Governments to reduce current levels of urban road and rail spending including expensive tunnels to mitigate problems from developers’ profit-based priorities.

The Federal Government has left it to the States who have failed to deal with the increasing number of homeless, now exceeding 120,000. The cost of providing their social housing would be around $36 billion at approximately $300,000 per home. Allowing for two occupants in some homes and spread over three years the annual cost,  20% of the Government’s $60 billion Treasury windfall, would surely be acceptable to rectify this shameful problem.

Such housing should be low-rise, built around garden squares and in several areas so that some are close to Tafe colleges for those requiring re-skilling, some close to hospitals for those needing medical care, and some close to appropriate employment opportunities.

Current employment availability provides the opportunity to solve both problems: the first at no cost to the budget and the second at substantial, but surely acceptable, cost.

The current Government has made a number of other decisions which urgently need correction. The decision to remove $14 billion over the next 10 years from the Gonski allocation to public schools must appear confronting to students who see their nearby private schools building new swimming pools, ovals, gyms, halls, libraries etc while they have to wait for essential repairs, inadequate modern facilities and many teachers not trained in the subjects they’re teaching. This decision should be aborted immediately.

The CSIRO is Australia’s principal scientific and technological institution. Funded by the Commonwealth Government it has suffered several funding cuts since 2014—amounting to over $200 million.

Although tiny to the Federal budget they’ve been critical to the CSIRO. Writing in The Conversation, Chris Turney, Professor of Earth Sciences and Climate Change at the University of NSW explained “they have forced staff cuts including many scientists who’ve contributed to long-term programs forming the backbone of national and international research efforts…(and) are critical for helping mitigate climate change…Facilities at risk are used by research teams around the world…Staffing caps have left the CSIRO unable to ( maintain) its own projects”.

There have also been Government funding cuts of nearly $3 billion to the universities.

With the large increase in unemployment being a Government priority cuts to the ABC should be high on the reversal list. By 2022 the end of the triennial funding period the total funding cut for the period will be $783 million. According to think tank, Per Capita, since 2014 there has been a decrease in real annual funding of $367 million and a loss of over 1,000 staff leading to substantial cuts to important programs.

If the Prime Minister and Treasurer maintain their opposition to budget deficits they’ll fail to restore the economy after the current crisis. They’ll also reveal they fail to understand the critical macro-economic principle famous British economist Keynes espoused in 1936 proclaiming the need for budget deficits in depressed economies. This revolutionised economic thinking and underpinned rapid economic recovery after World War 2 in Britain, Australia and many other economies. 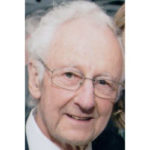 Harold Levien founded and edited the current affairs journal, Voice, The Australian Independent Monthly. After it ceased publication he taught economics. He has written many articles on economic policy.