Israel’s ‘most right wing government’: Who are they? 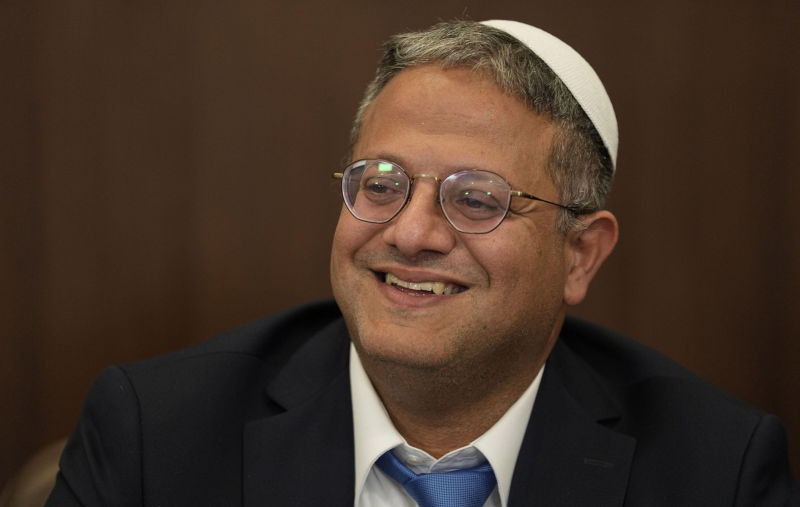 What do we know about the new Israeli government apart from the now much touted ‘the most right wing government in Israel history’? And what does this new government mean for Israel, Palestine and the so called ‘two state solution’?

The new government is headed by Netanyahu, who is presently on trial for allegedly accepting bribes, breach of trust and fraud. With 48.36% of the vote, he has been able to form a four-party coalition government by making major concessions to several religious parties mostly comprising of settlers themselves. The settler movement aims to expropriate all Palestinian territory. These Israeli settlements in East Jerusalem and the West Bank are in violation of international humanitarian law. These settlers, now in senior positions in government, have emerged from the Kahanist movement named after the extremist anti-Arab Rabbi Meir Kahane from New York, a convicted terrorist, banned from politics and later assassinated in 1990. Twenty Kahanist organisations are on the Australian government’s Consolidated List of sanctioned terrorist entities. The successor of Kahane’s Kash party is now the third largest political force in the Israeli Knesset.

A major adherent of this movement is Itamar Ben-Gvir, heading the Religious Zionist Party. Ben Gvir is a former lawyer who has previously defended Israelis charged with religious motivated attacks, similar to the recent vandalism of 30 Christian graves in the Protestant cemetery on Mount Zion in Jerusalem. While previously charged with terrorism offences himself and banned from the Israeli Defence Forces because of his racism toward Arabs,

The Religious Zionist Party that he heads advocates replacing Israeli democratic law with one based on Jewish law. If passed this will erode the rule of law and facilitate and encourage more settler violence toward Palestinians. This party also calls for immunity for police and soldiers who injure or kill Palestinians; the introduction of the death penalty for terrorism offences and deportation of ‘disloyal’ citizens; and the alteration of the legal code to ensure parliamentary control over the supreme court decisions. He is a strong advocate of the annexation of the West Bank and the ending of any Palestinian autonomy saying “we are the masters of this house”. In line with this thinking was his recent provocative visit to the third most holy Muslim site, the al-Aqsa mosque, on the Noble Sanctuary or Temple Mount in East Jerusalem. The Sanctuary is under the protection of Jordan, where under this agreement non-Muslims can visit but not pray. Under Jewish law, entry to the Temple Mount is forbidden. Similarly, those who are not Orthodox Jews are restricted from holding religious ceremonies at the Kotel or Western Wall.

A second important person in the new government is Bezalel Smotrich from the same Religious Zionist Party who is now finance minister. He will oversee the Coordination of Government Activities in the Territories (Cogat). One of his first aims is to implement the largest expulsion of Palestinians from the West Bank in decades.

After a 20 year legal battle Palestinians living in the area of Masafer Yatta, located in the South Hebron Hills, had their fate sealed by the Israeli High Court in May 2022.  The court determined that the area comprising 12 herding hamlets hosting around 1,300 people were residing “illegally” on land that was declared an Israeli military firing zone in the 1990s. This decision now enables the Israeli military to forcibly expel the residents from their land — a move that would amount to forcible transfer, a war crime under international law.

Netanyahu also made his ambition to annex Palestinian territory when he tweeted on 28 December 2022 that “The Jewish people have an exclusive and unquestionable right to all areas of the Land of Israel. The government will promote and develop settlement in all parts of the Land of Israel — in the Galilee, the Negev, the Golan, Judea and Samaria.”

What will these new men mean to Palestinians both in Israel and the West Bank?

Under the new coalition agreements there will be increased funding to settlements with mass regularisation of illegal settlements outposts. The Government has already withheld US $40 million in Palestinian tax revenue. It has stripped Palestinian officials of VIP privileges including the Palestinian Foreign Minister who had his travel permit revoked in response to the UN General Assembly’s recent vote to refer Israel to the International Court of Justice at the request of the Palestinian Authority. In East Jerusalem police broke up a meeting of the Students’ Parents’ Committees Union where Palestinian parents had gathered to discuss their children’s education. And the flying of the Palestinian flag in East Jerusalem has been forbidden. East Jerusalem has been annexed illegally under international law by Israel even though more than one third of the population is Palestinian, without Israeli citizenship.

A reflection on last year’s violence, the worst in decades, indicates that with this new nationalist and racist government there will be even more violence. Last year at least 220 people died in Israeli attacks including 48 children. 9,500 Palestinians from the West Bank were wounded in the same period and five Palestinian citizens of Israel were also killed. According to the UN there has also been extensive property damage with over 13,000 olive trees damaged and 755 settler attacks. There were 3,437 Israeli raids in 2022 and more than 6,500 Palestinians were arrested including 811 children

It is expected that in this year 2023 there will be ongoing confiscation of Palestinian lands and possible annexation of the West Bank, more forced removals of Palestinian communities, a substantial increase in settler attacks and even greater assaults on defiant Palestinian communities and with it ongoing diminution of human rights. Will the Albanese government still support such a racist, nationalistic, violent “friend”? How will Australia and the international community respond when the “two state” solution is smashed to smithereens as Israel annexes the remaining Palestinian lands? 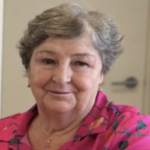 Dr Helen McCue has previously worked as a consultant with the United Nations in the Middle East working with refugees and displaced. Dr McCue has been a strong advocate for Palestinian human rights including the rights of Palestinian refugees for over 40 years.