Why a colour revolution will not work in China 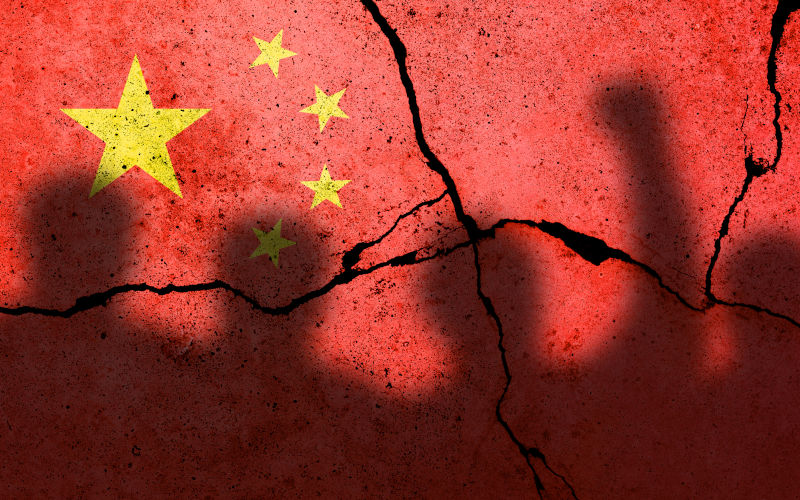 There was some recent evidence of an attempt at a colour revolution within China a few weeks ago but, in order for a colour revolution to happen there needs to be significant factors in play. Those factors are absent and this means any attempt to ferment unrest inside China’s Mainland is going to be an expensive and embarrassing failure.

Let’s look at what a colour revolution really is and then we’ll see why it won’t work in China. There are many different definitions of a colour revolution but they can be mostly described, as VOA does so well, as “popular, pro-democracy uprisings”.

And, in just two words, we have the answer as to why a colour revolution won’t work in China; because it wouldn’t be popular, the current government is well liked and because, as most people who understand China know, the country already has a well-defined and clearly understood form of democracy.

Research into colour revolutions indicates there are some constants, one is the presence of outside (western) funded organisations, something that Mainland China has few of, another is the formation of youth organisations and, for sure China has many of these but they are mainly involved in community work such as the China Young Volunteer Associations present in every city, the Communist Youth League, a National organisation with over 80 million members and, for the very young, there are the Young Pioneers which almost every schoolchild in China joins between the ages of 6 and 14. Membership vary as students reach 14 and exit the group but are, at any given time, in the region of 120-130 million. Attempts to infiltrate these groups by people with ideas of destabilisation, would likely be met with immediate rejection.

One important aspect in the success of a colour revolution is a lack of cohesion or commitment from the security forces. China has a very large police service but, unlike the West and contrary to Western media’s rhetoric, China’s police are not known as overbearing or authoritarian. In fact, they are widely respected, so, it would be unlikely that large groups would confront them as we’ve seen in many other countries. Historically and culturally, Chinese people have high level of respect for authority and a communal, cooperative nature. These don’t lend themselves to mass acts of aggression against society.

Examples from recent events throughout China, where many people asserted their constitutional right (Article 35) to protest, bear this out. There were isolated pockets of aggression shown by Western media and posed as a colour revolution, but, on closer examination, very few protesters were involved and most people present were merely curious spectators.

It was even clear, if the viewer could understand Chinese, that, in recent protests, some small groups of people calling for change were being shouted down by the majority. Everyone wanted changes to the covid restrictions but they weren’t looking for changes to their government.

What is curious is that, wherever people were shouting for “regime change”, Western media were present. Where it was only about the inconvenience of lockdowns, western media were either absent, or didn’t bother to report.

The most important thing a successful colour revolution needs is missing from China. This is a mounting and a rising dissatisfaction with the government and their policies. This is something Western media is working hard to instill but failing miserably. It is possible, in fact it’s easy, for media to misinform and influence people who’ve never been to China about how bad China is. It’s quite likely that many Western media consumers, truly believe that Chinese citizens are unhappy with their government. Given the amount of misinformation they receive, who could blame them for thinking the poor, oppressed and impoverished Chinese people are both, calling out for, and deserving of, change.

But it’s impossible for those same media outlets to convince Chinese people, who live in China that their living, working and social conditions are as terrible as they mislead their international audiences to believe, simply because they are not.

This fact has been borne out by several different internationally based organisations. The Edelman Trust Barometer earlier this year and Statista over a 6 year survey up to 2021, both discovered that satisfaction with China’s governance is currently 91%. These two surveys took into account the inconveniences and personal sacrifices people needed to make due to Covid policies. A pre-Covid19, 2020 report, based on a 13-year survey by Harvard University’s Ashe Centre found the number was even higher at over 95%.

Over the last 40 or more years, Chinese people have witnessed their incomes rising steadily, while inflation and interest rates remain lower than the western world. They’ve seen the success of Poverty Alleviation and watched as Rural Revitalisation has improved the lives of their parents and grandparents, they’ve also witnessed the incredible success of Covid strategies that can best be described as a fight in which they all participated, and they watched as some Western countries failed to protect their most vulnerable.

It’s no longer the secret it once was, when China admired the West. Chinese people know crime rates are higher there while their own streets are safe; they watch the news and see Western police looking more like stormtroopers fighting real protesters in the streets of many cities; they watch as poverty and homelessness increase while they bask in their own successes.

It’s clear to anyone who understands China that a colour revolution won’t happen, the required conditions are not present. Yes, there are complaints, these are localised and not systemic, there’s definitely still some uncertainty about how the new reduced restrictions will play out and there’s a long road to full recovery. That road though will most assuredly be one of stability and continuity.

What’s also clear is that western media, a few “China experts” and, of course the people who fund these revolutions, will all continue to suggest that regime change in China is imminent… If only they could have more money!