If we don’t descend into protracted court battles or armed clashes, Trump will leave office on 20 January 2021.

In​  ‘Is America by Nature a Violent Society?’ (1968), her critique of the racism ‘inherent’ in American life, Hannah Arendt wrote:

the real danger is not [Black] violence but the possibility of a white backlash of such proportions as to be able to invade the domain of regular government. Only such a victory at the polls could stop the present policy of integration. Its consequence would be unmitigated disaster – the end, perhaps not of the country, but certainly of the American Republic.

Arendt, though hardly blind to her adoptive country’s flaws, could be accused of an immigrant’s naivety. After all, ‘white backlash’ had been present in ‘the domain of regular government’ since the defeat of the South in the Civil War. D.W. Griffith’s Birth of a Nation was the first film screened at the White House, during Woodrow Wilson’s presidency (Wilson was a supporter of the Ku Klux Klan). The Southern ‘Dixiecrats’ had a seat at the table in FDR’s administration, allowing them to ensure that Black people were excluded from the New Deal and Fair Deal. White anger later found a grim and calculating ally in Richard Nixon, with his ‘Southern strategy’, his appeals to the ‘silent majority’ and his calls for ‘law and order’ in America’s cities.

Yet no American president has so flagrantly pandered to white grievance as Donald Trump, even as he has praised himself for doing more for Black Americans than anyone ‘except maybe Abraham Lincoln’. The significance of this ugly achievement should not be underestimated. Trump understood that euphemisms are no longer necessary when it comes to attacking and humiliating people of colour – or making common cause with white nationalists, whose company would have scandalised earlier Republican leaders, whatever their convergences of views.

This excerpt has been republished from London Review of Books 6 November 2020. The full article can be found here. 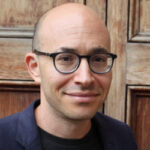 Adam Shatz is a contributing editor at the LRB, based in New York. He is working on a book about Frantz Fanon.