Why has the good war ended so badly? 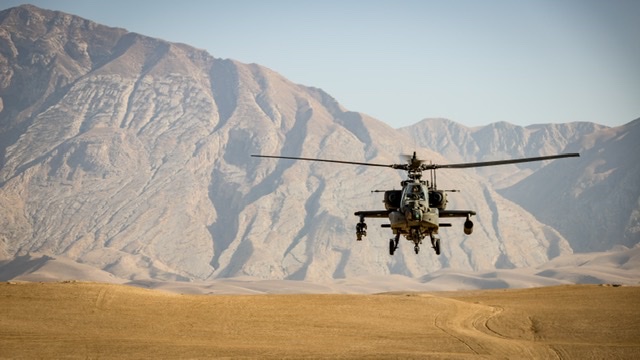 The Afghanistan war, conceived in the traumatic aftermath of 9/11 has ended 20 years later in a misconceived traumatic withdrawal.

The escalating violent events bookend a detached extraction of knowledge, encyclopaedic in its scale and inaccessibility. We trust that successive prime ministers will be highly informed on why we go to war and how these wars are conducted. After all, it is them alone who make such grave decisions on our behalf.

But now, as we scramble to access the knowledge of this 20-year gap and all that has gone before, we find ourselves dusting off a profound disconnect with the political process, meaningful participation and a sense of humanity lost. When the dust settles so will the realisation that the books haven’t been read.

The urgency of an escalating humanitarian disaster in Afghanistan was addressed by our prime minister and Defence Minister Peter Dutton through blame-shifting narratives. Fleeing Afghans were framed as potential terrorists with Dutton warning Afghans not to flee on boats. Does he know that Afghanistan is a land-locked country? An atlas is usually included in an encyclopaedia.

The people smuggling framing is a calculated attempt to dehumanise those in dire need – people who may not have the means to access the politically legitimated channels. Especially given the accelerating urgency with the Taliban in power.

At the same time Dutton conceded that not all “legitimate” Afghans who risked their lives to support the Australian Defence Force and other Australian services will be rescued. What options therefore are there for those left behind? Perilous and lengthy journeys on alternative routes into neighbouring countries perhaps, to languish in refugee camps? Freedom must feel a long way off.

To then frame the collapse of the Afghan army as a cowardly betrayal of their country is an insult to 69,000 Afghan soldiers who have been killed in the war. This is another calculated dehumanisation and a blatantly false assessment.

This blunt and brutish narrative is designed to diminish our humanitarian responsibility and deflect scrutiny of our own systemic strategic failings. It illuminates underdeveloped policy considerations when we commit to war. It also shows how compassion for foreign victims comes and goes when it suits a political agenda. lt is a political practice that absolves transparency, accountability and humility, creating a type of moral injury. This is a concept that we don’t yet fully appreciate, but will undoubtedly impact our veteran community more than any politician pulling the frayed strings from above. Moral hazards were rife over the course of this war and our arrogance even moreso.

The failings of some individual factors, the premature closure of the embassy, exasperating timeframes, convoluted and questionable visa eligibility processes, to name a few, will be rightly tossed around in parliament. But an even bigger issue will remain unanswered because it is not asked.

What political mechanisms are available to debate and also have influence on how and why we go to war? There are none. The war power shelf is simply out of reach. Prime ministers alone commit us to war. Red flags in the form of discussion, debate and protest are quickly folded as an even bigger Australian flag is unfolded. Accountability in war simply has no place on the Australian political agenda. Discussion, debate and protest are shafted as unaustralian and anti-troops. Why is it that supporting our troops is reduced to patriotic platitudes and why is that war is justified through lofty and hollow virtues? Supporting our troops is a collective responsibility and war can not be waged through wishful rhetoric.

In the absence of curiosity and critique we don’t get beyond the cover to see the bigger picture. The :Afghanistan Papers” leaked in December 2019 via the Washington Post, reveal years of investigation by SIGAR (Special Inspector General for Afghanistan Reconstruction) details frontline assessment of the situation in Afghanistan. This evidence was grossly at odds with the shiny progress reports fed to the Australian public over our twenty year mission. The SIGAR report exposes a bipartisan deception that should’ve alarmed us, yet barely made it into parliament debate or media scrutiny. Our political leaders knew that the Afghan government was systemically corrupt and the Afghan police and military capacity to hold back the Taliban was fanciful. It further exposed a mission creep, strategic failings and flaws in our over reliant relationship with the US alliance.

These thoughts and ramblings do not come from a professional expertise perspective. They come from bearing witness, in a place of safety and privilege, of all the lives lost and lives that have never seen peace and stability in Afghanistan. We can’t just shelve and bookend the gut wrenching images and behave like innocent bystanders. We must carry this alarm with purpose and a sense of agency.

The decision to go to war is a serious one with grave consequences and so are all the decisions along the way. A closed book approach to war perpetuates, an ‘in-hindsight’ understanding, When perhaps mistakes and lessons have been before us for sometime. But left in the hands of the executive, they silence critical conversations and amplify ill conceived slogans. In regards to the war in Afghanistan our prime minister has reassured us that the sacrifice of 41 ADF lives was in a “good cause”, “whatever the outcome” is at odds with me and at the cost of 241,000 Afghans who have been killed. The whatever goes mentality has no place in war. Outcomes are important. It’s about time politicians invested more in them and us… and others too.

I want the world to be silent for a moment

So we Afghans can scream our

Our pain in its heart, uninterrupted. 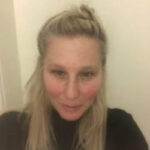 Kellie Merritt is a social worker who who has been a committee member with Australians for War Power Reform. Her husband FLT Paul Pardoel served with the RAAF for 15years. He transferred to the RAF Special Forces and worked on operations in Afghanistan and Iraq. Paul was killed while in Iraq when his RAF Hercules was shot down.