Why I am still a ‘Methodist’ 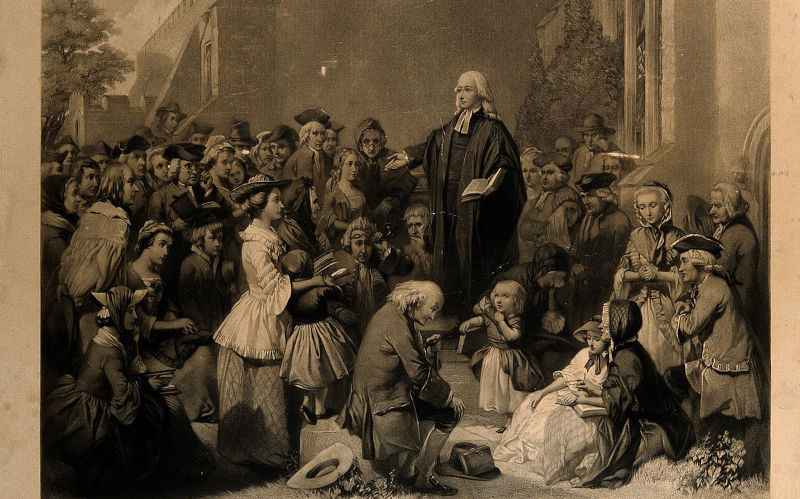 John Menadue’s dignified and powerful defence of his adopted Catholic faith (‘Why I am Still a Catholic’ reissued 24 December 2022) is made at the expense of his (very respectful) renunciation of the Methodism in which he was brought up.

Alas, ‘Methodism’, appearing here in quotes, has no specific identity in Australia since it sacrificed itself on the altar of the new Uniting Church. Faithful to the scriptures, the Uniting Church emerged in 1977 as an answer to the Christ prayer ‘that they all may be one’ (John 17. 21). The present participle in the name was adopted as an invitation to other churches to join in the enterprise of unification, but thus far it remains the legacy of the former Methodist, Presbyterian and Congregationalist (Independent) churches. Somewhat mired in the bureaucratic compromises inevitably made to accommodate the customs and ethos of the participating units, the Uniting Church is distinctive in its uncompromising inclusiveness, recognising no boundaries in personal identities of belief, gender, sexual orientation, race or any other perceived ‘difference’. Its members are bound in allegiance to the Basis of Union, which announces the Uniting Church as a Bible-based community. It proclaims membership of the One Holy Catholic and Apostolic Church, affirms the guiding authority of scripture, along with the Apostles’ Creed and the Nicene Creed. It also affirms the Reformation confessions of the constituent traditions.

Thankfully, John Wesley’s sermons are given pride of place in the church’s body of doctrine as recorded in the Basis. At least one can still be a Wesleyan inside the Uniting Church, and that is a tradition I wish to reaffirm. Wesley was much more than the founder of the Methodist connexion. He was a full participant in the Enlightenment and deserves to be recognised as the leader of one of the many layers of Enlightenment allowed by John Pocock. He elaborated on John Locke’s system of sensory perception, adding his conviction that the soul also perceives reality.

John Menadue’s defence of his Catholicism rests on two pillars: the Eucharist, and Authority.

His account of his engagement with the Eucharist is very moving: ‘the event at the centre of the universe’, taking one ‘to the threshold of heaven’. I can understand how he may find the monthly ‘holy Communion’ in the Methodist or Uniting tradition a much lesser experience. Yet he misses the Methodist preaching and hymn singing. Hearing the Word inspiringly expounded, or singing the best hymns of, say, Charles Wesley or Isaac Watts (whose metrical transcriptions of psalms are incomparable), may also lead to the threshold of heaven. And the Passions or the Mass by Bach take us beyond the threshold. We are talking here of very personal experiences, and no one else is in a position to belittle them, either the encounter with the Eucharist or the ecstatic immersion in Bach or Handel. Of course, these composers are available to everyone, but they do have a special affinity to the Protestant tradition.

The Protestant Reformation was not merely a revolt against objectionable practices in the Catholic Church of Luther’s day, such as the sale of indulgences, but was also the outcome of a deeply personal expression of inner emotions generally experienced by cultures at some remove from Rome, such as the German. There, faith was personal, introspective and immediate. The feeling was much more than John Henry Newman’s ‘coming into port’. Safety in a big institution does not necessarily engage the intellect and the heart in the same enterprise as binding emotional ties. Sentimental expression survives in some of Bach’s cantatas, such as in cantata BWV 21, where a kind of lovers’ tiff emerges between Jesus and the soul: female voice – ‘I must always be swamped in misery. I am lost’. Jesus: ‘No, you are chosen’; soul –‘Oh no, you hate me!’ Jesus – ‘… I love you’. Then the grace of Jesus triumphs. What cannot be given verbal expression is the ineffable music that enwreathes this encounter, and seals a finality that no words can convey. And as Solzhenitsyn’s concert pianist son has said, there is no greater moment in all of music than Bach’s anguished presentation in the St Matthew Passion of Christ’s moment of feeling forsaken on the cross.

Menadue also rejoices in the Authority of the monarchical Catholic Church. He again quotes Newman to say ‘If Christianity is … intended for all ages, it must, humanly speaking, have an infallible expounder…’ Not to have such an authority is ‘to be wishy-washy and picking up every passing breeze like a weather-vane’ (Menadue). Moreover, ‘the Scriptures cannot be a matter of individual interpretation by every Christian’. This was the problem of Thomas Hobbes, who wanted a ‘Leviathan’ authority to give words their meaning, avoiding the situation ‘where every private man is judge of Good and Evil actions’ (L. 2. 29). It was only force of arms that resolved the conflicts of his day. John Menadue has noted that, as a Methodist, he had not wanted responsibility to fall on him. Somehow, he had missed the ‘cloud of witnesses’ that other Methodists may have encountered.

Surely a mature faith requires a level of personal responsibility, and authority needs to be negotiated. A personal understanding of the meaning of scripture is taught by luminous Catholic teachers such as Hans Küng and John Dominic Crossan, not to mention the Liberation theologians of Latin America. The metaphoric and parabolic lessons of the Gospels do not submit to uniform interpretations, and often the literal teachings of Churches are a stumbling block to inquiring Christians.

A disappointing moment in a very fine article occurs when John Menadue contrasts the experience of the Eucharist to lesser forms of Communion, where the absence of the Eucharist opens the danger of drifting off to become just another community or welfare organisation. ‘Social work and social workers, however well-meaning and critical don’t make a church’. Was it the Methodist Church that provoked that comment? It is at this point that the focus must return to the founder of the Methodist Church, John Wesley. Wesley, as I have said, was not merely the founder of Methodism, but stood at the very centre of the whole Evangelical Awakening, with all it entailed for the Anglican Church and other non-conformist churches. When Menadue claims his Church is the bulwark against evil in the world, spare a thought for the evangelical movement. It was the spearhead in the abolition of slavery; Wesley took up the abolitionist cry from the Quakers, distributed it through pamphlets and sermons sent to his many thousands of followers, and inspired the reforming Clapham Sect. Four days before his death at 87, Wesley wrote to William Wilberforce the last of his many hundreds of letters, assuring him that God had raised him up to oppose ‘that execrable villainy, which is the scandal of religion, of England, and of human nature’. John Menadue is happy to call himself a Christian Socialist; the influence of the Methodist class meetings on the formation of the Chartist movement and eventually on the emergence of the British Labour Party are too well known to be recounted here. The Wesley influence on evangelically inspired reform is extraordinary. Number among the activists Wilberforce and factory and education reformer Shaftesbury, Elizabeth Fry, Florence Nightingale, Arthur Broome of the RSPCA, George Williams of the YMCA, Benjamin Waugh of the National Society for the Prevention of Cruelty to Children, and Thomas Barnardo of the well-intentioned homes.

None of this is mere social welfare. With Wesley it was the deepest theological call from the teacher who announced as his mission that he had been sent to ‘bring good news to the poor’. Modern biblical scholarship has emphasised the grinding and almost universal poverty in the Palestine where Jesus was born, and that the historical Jesus was one who spent his life in the service of the poor. For him, personal salvation was surely a pathway to service in defence of the poor and oppressed. Wesley did not found a social welfare movement. He founded a Church which, for all its human failings, was dedicated to the salvation of the poor. He adjured his preachers to seek the company of the poor and set the example for them by divesting himself of ‘superfluities’. He died a very poor man; having earned many thousands of pounds from the sale of his writings, he gave away all of his substance.

Endearingly, John Menadue says, ‘As a Catholic, I reckon I am a pretty good Methodist’. This calls to mind Dustin Hoffman: ‘I was a better man with you as a woman than I ever was with a woman as a man’.

Forgive me if I stay a Wesleyan.