Against the backdrop of Melbourne’s Stage 4 Restrictions, Victoria’s State of Disaster and diminishing personal freedom in other parts of Australia, we need to have a discussion about the lack of public health data in Australia.

I grew up in East Berlin in an environment which instilled constant suspicion of the communist government and mistrust in the leadership. In hindsight, it turns out that we were not suspicious enough as one in seven East Germans was informing the Stasi on what we, the unwilling participants in this social experiment, did all day long.

Now, in my role as Head of School and Dean of The University of Sydney School of Dentistry, I work to improve health in Australia, specifically oral health through research and educating a new generation of dental professionals. I have worked in dental care delivery on three continents and have always been part of the dental care delivery system, allowing me to compare and contrast different approaches to healthcare.

When I arrived in Australia, after having worked 20 years in the US, I was impressed by the sense of community and the willingness to go the extra mile to help each other. As an applicant for permanent residency, I had to read the “Life in Australia” book in which it states that “Australia has a strong tradition of ‘mateship’, where people provide help to others voluntarily, especially those in difficulty.” as well as had to sign the Australian values statement.

Australians, like every other people on Earth, face a crisis. Enough has been written about this pandemic and its impact, which far exceeds the health of individual patients who were infected—its toll on mental health, the economy and the development of our children is overwhelming. During this crisis, I have seen many acts of mateship across all areas of life. For instance, in our school, my colleagues have set up a food pantry for students who cannot afford to buy food anymore because they lost their casual jobs.

But, where our mateship would make a huge difference in the outcomes of this pandemic, we have failed to effectively share our location data to permit automatic contact tracing. How do we leverage the data we generate every day to learn how to not only better fight the pandemic but improve health in the future?

We know that much suffering could be prevented if we had a system in place that collects – in a secure way – health data and shares it with public health experts and permits researchers to translate mateship into health benefits. This strategy is termed Precision Medicine, a treatment and prevention approach that takes into account individual variability in genes, environment and lifestyle. How can we find a value proposition in sharing our health data that would be understood and embraced by all?

We entrust, albeit often without knowing, our very personal data to technology providers like Apple, and social media platforms, like Facebook, including fine-grained details of our whereabouts, behaviours and preferences. For those who consciously decide, and I suspect there are many who do not, they see a value proposition that, in exchange for giving up a substantial part of our privacy, allows them to benefit from the sophisticated features of their smartphones, enables them to share our stories and pictures with far-away friends, and provides feedback on our fitness behaviour.

I believe that the vast majority of Australians want to share their health data to benefit others. Surveys suggest that 91% want to share. However, we cannot act on our desire to share our data because there is no universal system that allows us to consent to data sharing. My Health Record, a $2+ billion dollar system doesn’t include a method of structured consent that enables us to decide which data we want to share.

Our government has made some attempts to support data sharing but has made some mistakes. Looking back a few years, they faltered when developing My Health Record because it did not instil the necessary trust to promote widespread adoption. A well-communicated discourse about the benefits and risks was largely absent – the silence was quickly filled by a few loud voices of fear.

Australia was an early-mover when COVID-19 appeared on our shores, adapting a digital contact tracing application: COVIDSafe. Download counts were sold to the public as the path to ending the lockdown and the app was marketed as “sunscreen”. In reality, it faced insurmountable technical problems because of our smartphone operating systems, the use of Bluetooth technology that was never designed to measure proximity indoors.

The government’s messaging became more measured over time but by then public trust was already damaged following a string of data breaches and other related major failed initiatives.

What can we learn from the My Health Record and COVIDSafe debacles? Perhaps we need to be bolder and braver in bigger numbers and speak out about the inherent conflict between absolute privacy and tracking one’s location in real-time to and trace contacts in times of a pandemic. We should not conceal problems, like potential cyber-attacks that can lead to data exposure. Most importantly, we need to involve all Australians in the discussion and decision, on a collective, but also on an individual level. We have succeeded in creating an easy and safe pathways to donate organs and blood—donating data might be just as important.

At the University of Sydney, we are talking with the community and our partners in the health service about designing a participant-driven approach to involve people in cohort studies with frictionless consent models. We are streamlining ethics approvals and finding new ways to safely and ethically manage data with our Local Health District partners. We need to find a platform where all Australians can actively choose to be fully involved in research to improve the health outcomes in their community, rather than have incomplete and patchy information about them invisibly used without their knowledge.

We may make some mistakes along the way as we have in the past. Social media gives people on the fringes giant megaphones who will attack the mistakes. My question is, are these voices just loud, or are they representative of the Australian people who I know are determined to help each other? Why do we listen to loud fear mongers that it is acceptable to share our real-time location data with Apple, Google and Facebook, but not with our fellow Australians? How do we translate our mateship into actions allowing politicians to advocate for health data sharing without inviting political suicide?

We will also face many ethical challenges. For instance, what would we do if we hypothetically discover the genetic markers that make some people superspreaders? Will we bar these people from working in the food delivery service or in all hospitality businesses during a pandemic?

Clearly, we cannot create a system that discriminates against people who are more susceptible to risks. But we need to have an honest discussion about these emerging ethical challenges and tackle them directly, to avoid implementing new technologies that could increase inequality rather than close inequality gaps.

After more than four years in Australia, I am in the process of acquiring Australian citizenship. I want to share my data to help other Australians receive better care in our healthcare system, which is one of the best on the planet. When will I be permitted to live out the ideal of Australian mateship—maybe in a new, enlightened and expanded, way? 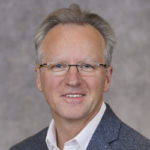