Why is the Catholic Church still investigating itself? 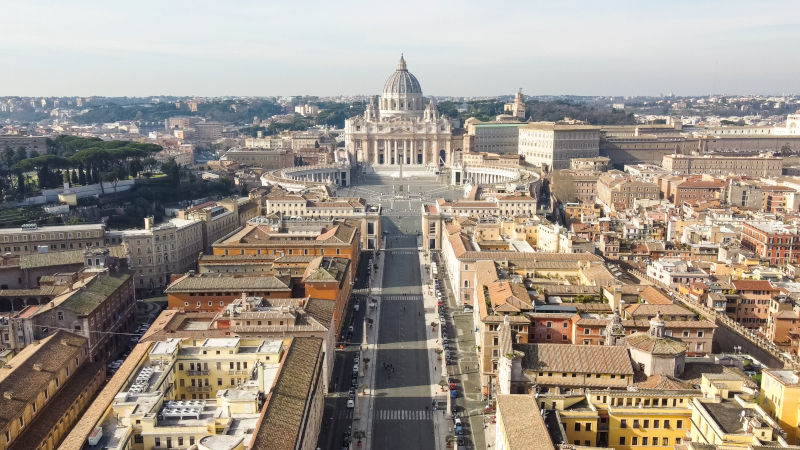 For those still interested, the erosion of episcopal authority from the clerical sex abuse scandal continues at pace.

Despite the findings from any number of independent inquiries and investigations of the closed and self- referential culture of the institution, the official Catholic Church stance remains defensive and controlling. The Vatican’s history of handling abuse cases has been riddled with a misguided clericalist attitude that accommodated and protected their own. Priest abusers were seldom defrocked, offending bishops were often conveniently furloughed and the curial instinct to resist submission to civil authorities perpetuated.

This week the French bishops announced the establishment of an inter-diocesan criminal canonical court to hear, amongst other things, allegations against priests who sexually abused adults, not children. To outsiders this distinction seems odd. Surely a properly constituted tribunal should be able to handle clerical sex abuse cases involving both adults and children. Supposedly, the Vatican considers the abuse of children a more extreme crime and therefore it should remain their exclusive purview. Maybe, the Vatican wants child abuse cases dealt with ‘out of country’ to limit any potential ‘local leniency’ afforded to offenders. Or, just maybe, the Vatican’s hyper sensitivity to the fate of some priests and bishops in matters pertaining to the clerical sex abuse of children warrants their particular scrutiny.

In any case, what this demonstrates is the degree to which the Roman curia will cling to its ultimate control over how priests and bishops will be dealt with once found guilty of child sexual abuse crimes. And that does not bode well for transparency and accountability.

So far the Vatican tribunals do not publish reasons for their findings. Inconsistencies abound. One offender may be defrocked, while another remains a priest and is sentenced to a life of prayer and penance. Is this differential treatment or the luck of having a good judge on a good day? Do certain priests and bishops, namely those too influential or popular, get off lightly? To what degree is the damage to victims taken into account? Are victims believed? These and other questions naturally arise when the proceedings are shadowed by the instincts of a medieval culture where hierarchical power is exercised with arrogance and secrecy.

And there is more. Some petitions to the Vatican from local bishops requesting that a priest offender be removed from the priesthood fall into a big black bureaucratic hole. Years go by and nothing is done. Victims and their families remain outraged and even find the offending priest has died without the situation, or the petition, having been satisfactorily resolved. The odour of institutional self- interest, the very motivation for the cover ups and concealments, sours any attempts from local Church officials to instigate justice for victims in their dioceses.

The anomalies go even further. Vatican tribunals deal only with clerics. Religious brothers and lay offenders are not brought before the curial judges. Their fates are determined by civil processes. When found guilty they suffer the consequences including expulsion from holding any religious position. It begs the question why the Vatican wants to maintain its prerogative to determine the future of a priest when others are not afforded such an option. Surely once a priest has been found to be an offender then their removal from the priesthood should be a given. And that goes to the fundamental issue. Why is the Catholic Church still investigating itself?

The institution cannot seriously claim that the clerical abuse of children is being handled openly and honestly if some dioceses still insist on the internal management of allegations before referral to the police. The Vatican likewise cannot claim any new era in dealing with offending clergy if they cloak their judicial processes in secrecy. Whether the culture to obfuscate, even lie, can be beaten is still a moot point. Defensiveness runs deep in a Church that already feels threatened by modernity, let alone the world we now embrace. Any semblance of credibility will only be restored when ordinary people can perceive a selfless embrace by the institution to pursue truth and justice. Sadly, to date, the institution’s grip throttles the genuine attempts within its ranks to instil openness and accountability.

Its clerical culture is protective and accommodating of its own. It accommodates the past and reframes a future that relies on compliance and the history of abuse cases has not ameliorated the legalistic the approach allegations against priests and religious are defended rigorously, compensation payments

Francis John Sullivan AO is the Chair of Catholic Social Services Australia. He is a teacher, administrator, and leader in health care organisations, who was CEO of the Catholic Church in Australia's Truth, Justice and Healing Council, in addition to being the previous Secretary-General of the Australian Medical Association