Why journalists have a trust problem 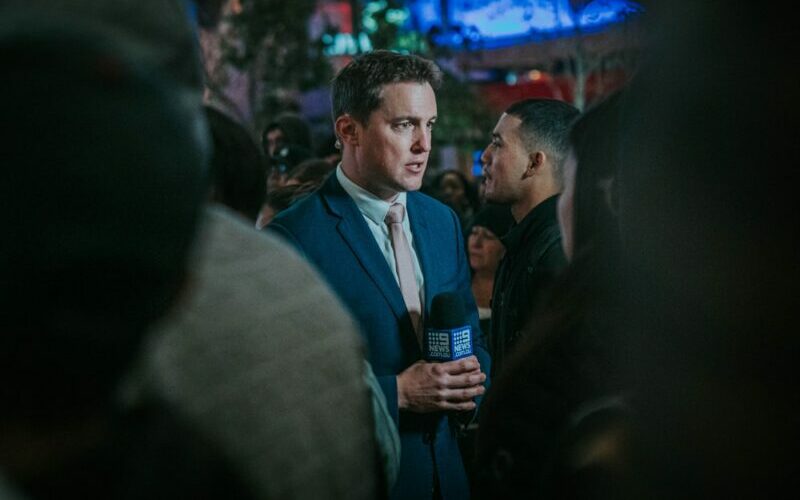 If there was a time when journalists had great credibility with audiences, it’s less so today. In this speech delivered to a university media seminar, The Sydney Morning Herald‘s economics editor Ross Gittins explores why.

As journalists know — but probably try not to think about — polling shows that, as an occupation, journalists don’t rank highly. We’re well down the list, held in roughly the same esteem as politicians, real estate agents and people selling used cars. Similarly, with the notable exception of the ABC, the “mainstream media” news outlets we work for are not highly regarded by the audiences we serve. If there was ever a time when we were highly trusted, we are less so today. If there was a time when journalists had great credibility with their audience, we’re less so today.

A joke I saw on the net:

Patient: Doctor, when do you think COVID-19 will be over?
Doctor: I don’t know, I’m not a journalist.

I find our low credibility worrying. It worries me that the work we do — the work that’s so important to the lives of our audience and so important to the good functioning of democracy — isn’t greatly trusted by our readers, listeners and viewers. The news we bring isn’t necessarily believed.

Journalism has always been competitive — both between news outlets and within the same outlet — but I think it’s become more so in recent decades. We’ve had to compete harder for eyeballs, partly because of the rise of online-only news outlets, but mainly because of the almost infinite proliferation of ways people can spend their leisure time other than reading, listening to, or watching the news. The online world has allowed our audience to be much more choosy about the news it wants and doesn’t want. Facebook has allowed people who can’t stand our politicians to redefine news as being “what my family and friends have been doing lately”. Turns out we don’t decide what’s newsworthy — what news is — our customers do.

Journalists — particularly those who manage to last in this business — like competition. They enjoy it for its own sake — because most of us convince ourselves we’re doing pretty well in the comp. As an economics writer I’ve thought a lot about competition. It can be a good thing, keeping everyone on their toes and trying harder to be better than before and better than their competitors. But, as with most things, there can be forms of competition that make things worse rather than better. Journalism is far from the only profession where competition can make us too inward-looking. The social commentator Hugh Mackay has observed that the key to successful competition is to focus on the customer, not your competitors. Do the best job of satisfying the needs of the customer, and you’ll win the comp.

This is why my motto as a journo — my compass guiding me in how to do my job — has long been: Serve the reader. I suspect much of the reason our profession is less trusted is that we’re too focused on our competitors at the expense of our audience. We focus on the comp because we enjoy competing. The besetting sin of journalists is to write to impress other journos. The temptation facing editors is to edit to impress other editors.

When you focus on the audience, you realise that, though it’s undoubtedly true that people find bad news much more interesting that good news, if competition leads us to fill page after page, bulletin after bulletin, with more and more news about how utterly rotten the world is — my news is much badder than yours — you can make the audience so depressed they stopped wanting to know your news. Focus on the audience, and you realise you should be including a fair bit of good, heart-warming, uplifting, human-interest, entertaining, odd and funny news in the mix.

One of the things we tell ourselves on Walkley award nights is how the role of good journalism is to hold the powerful to account. True. But I fear that the intense competition between journalists — particularly those in federal and state parliamentary press galleries — makes us sitting ducks for governments of either colour whose goal is to manipulate the media for their own nefarious purposes.

The power of governments and their media minders comes from their near monopoly over political news. A lot of their news they put out in press releases, but a lot they don’t. A lot of the background information we need they give out verbally – giving more and better to those journos who haven’t incurred their displeasure by running too much criticism. Journos want exclusives? Fine. Some stories you leak to particular journalists or particular outlets. But on condition the story’s given much prominence and run uncritically. The nicer you are to a government, the better the stories it gives you. Some stories, particularly snippets from the next day’s speeches, are given first to the morning newspapers, with TV and radio always getting the second bite. This is a technique for ensuring the media focus on the parts of a speech we want them to focus on. TV and radio will take more interest in the speech story now they’ve seen how seriously the mastheads took it.

Press releases are given to gallery journalists hours before they’re put up on websites and thus become available to people outside the parliament. Why? Because you want your stories covered by those journos you know and can discipline, not journos beyond your control. But also because you know the gallery journalists don’t want people back at head office pinching their stories, so you oblige. Politicians, their staffers and gallery journalists are part of a club, where the struggle between the members is subject to a host of unwritten rules of behaviour everyone knows and conforms to. Rules designed make life more comfortable for everyone, including gallery journalists’ FOMO.

The media managers have learnt how to turn journalists’ weaknesses to their own advantage. Journalists are obsessively concerned with deciding what’s new and what’s not new. This is why the manipulators save up embarrassing reports and put them out on a day when some big happening has turned everyone’s attention elsewhere. Or they put embarrassing news out late on a Friday afternoon when the media are wrapping up early ahead of the weekend. The manipulators know that, by Monday, journos will be far less interested because by then they think the story is “old”.

When the manipulators are trying to play down some embarrassing scoop, they play on journalists’ reluctance to write follow-up stories, which we regard as an admission that we were beaten by a rival. The reason these tricks work is because we focus on what our competitors will think about our story — “It was old!” — not on our duty to the audience. We should ask: Do people need to be told about this story? It may be old to me and my mates, but would it still be news to my audience?

Another journalistic weakness is our short attention span. The media manipulators exploit this when they want to draw the public’s attention away from some embarrassment. They do their “hey, look over there” trick and it usually works. The media has been diverted by something that’s new, but not of great significance. The powerful have tricked us into ceasing to hold them to account.

I think a big part of the reason we’ve lost credibility with our audience is that competitive pressure keeps tempting us to run stories we ourselves don’t actually believe, just because, if they were true, they’d be a great yarn. And, in any case, “I didn’t say it, he did — so if it’s not true, blame him”. A common example is when some business lobby group is campaigning against some tax change and pays some “independent expert” to come up with modelling purporting to show that the tax change would destroy 50,000 jobs. In other words, we knowingly mislead our audience for the sake of a good story — and then we wonder why they’ve stopped trusting us. We do this even though we accept no obligation to run every story we’re sent and, indeed, choose not to run loads of stories we judge to be mere self-promotion or lacking in credibility.

The media go along with media-management by governments when they attend the annual budget lockup, the sole purpose of which these days is to keep journalists locked up until so late in the evening they have no chance to consult independent experts before publication. By contrast, issuing a major government report without a lockup — without giving the media time to read it before your press conference (as with the aged care royal commission’s recent report) — is another media manipulation technique. In election campaigns, the media allow their senior reporters to be shipped around the country on campaign planes and buses, given policy announcements just minutes before the press conference, and kept out of touch with anyone outside the politician’s bubble.

Editors fully understand the way this ties up their reporters, but rarely decline to participate. Why? Because they fear that doing so would put them at a disadvantage relative to their competitors. This is another example of the way politicians and other powerful interest groups can take advantage of our competitive instincts to stop us performing the role we keep telling the public we do perform.

Economists call this situation where we know we’re doing things we shouldn’t, but don’t want to be the first to stop doing them, a “collective action problem”. Solving such problems isn’t easy, but being more honest with ourselves about the lack of excellence in much of the reporting we do would at least be a start.