Why the 21st Century will be an Asian one 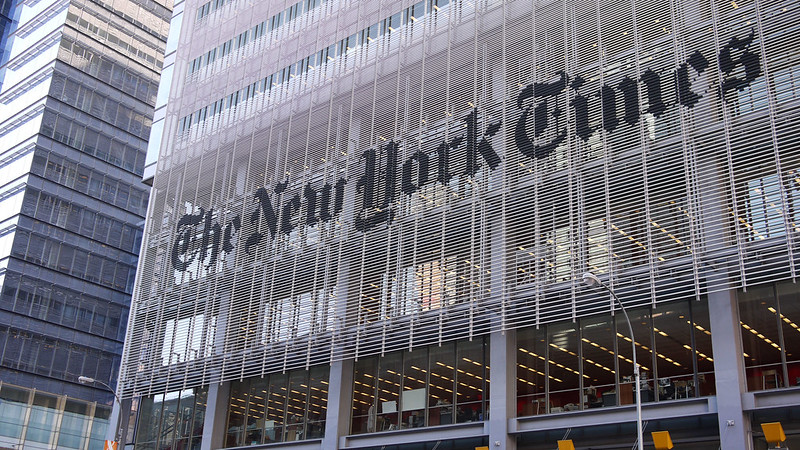 Economic power has shifted East. Intellectual power remains firmly embedded in the West. No Asian publication can match the global reach of The New York Times or the Financial Times, BBC or CNN. (Image Flickr/Sam Chills)

Most thoughtful observers know in their gut that the 21st century will be the Asian century. Data backs this up.

As recently as the year 2000 (when the 21st century began), the combined gross domestic product (GDP) of the countries which make up the Asian group in the United Nations was US$9.5 trillion. This was lower than the combined GDP of North America (US$11 trillion) and Europe (US$9.7 trillion). Hence, Asia was No. 3.

Most thoughtful observers predict that the trend will continue. PwC has predicted that by 2050, the top five economies (in purchasing power parity terms) will be China, India, the US, Indonesia and Brazil. Three of the top five will be Asian. Not one European country will be on this list. Surely the chemistry and texture of the 21st century will be very different from the previous two centuries.

So why do we not feel this big change yet?

The answer is probably complex but here are a few clues that explain this resistance in acknowledging that the 21st century will be the Asian century.

Economic power has shifted East. Intellectual power remains firmly embedded in the West. No Asian publication can match the global reach of The New York Times or the Financial Times, BBC or CNN.

After the Western industrial revolution, when economic power shifted from the feudal classes to the new industrial magnates, the feudal order retained its privileges for a while. Hence, the Anglo-Saxon media is behaving like the feudal lords of the past, clinging on to old privileges while denying new realities.

Future historians will surely write detailed theses on how the Anglo-Saxon media has, in particular, misunderstood China. So we live in a bizarre world where, on the biggest question of our times, namely, “What will happen to China?”, there are two parallel narratives on the big China story with virtually no connections between them.

So what are these two narratives? The mainstream Anglo-Saxon media story is that China cannot succeed. Eventually this “autocratic” model will collapse.

Indeed, after the Chinese government launched its “common prosperity” programme and took action against some of its tech giants (including Alibaba, Tencent and Didi) and the private tuition industry, I received almost gleeful messages from some of my Anglo-Saxon friends that the big China growth story was over.

They believe that by attacking its most successful entrepreneurs, China is also switching off its main growth engine. American billionaire investor George Soros said in a Jan 31 speech at the Hoover Institution in Stanford University that China’s President Xi Jinping “is under attack from those who are inspired by Deng Xiaoping’s ideas and want to see a greater role for private enterprise”.

People like Mr Soros believe that the days of rapid Chinese economic growth are over. China could never overtake the US and become the No. 1 economy. Let me quickly acknowledge that this scenario is theoretically possible.

Yet, it is also clear that the second narrative is more probable, namely, that the return of China as the No. 1 economy is unstoppable, even though there will be the inevitable ups and downs in China’s growth story.

The launch of the “common prosperity” agenda could strengthen rather than weaken China, as it will ensure that the fruits of China’s economic growth are shared more widely with the growing middle-class and working-class populations. This will strengthen the base of support for the Communist Party of China and ensure its continued rule.

Certainly, some mistakes were made in the launch of the “common prosperity” drive. Some entrepreneurs were unnecessarily rattled. But these mistakes can be pragmatically corrected, and China’s growth story will continue.

Only time will tell which of these two narratives is correct in the end. Yet, it is significant that virtually all of China’s neighbours are working on the assumption that China will succeed. The launch of the Regional Comprehensive Economic Partnership last month will ensure that China’s economy will become even more closely integrated with those of its Asian neighbours, including key US allies like Japan and South Korea.

The big gap in Asia is the recent falling out between Asia’s two giants, China and India. Yet, even here there are signs emerging that relations are improving, with Chinese and Indian soldiers last month resuming their past practices of exchanging sweets at the border on New Year’s Day.

Kishore Mahbubani, a veteran diplomat, is a distinguished fellow at the Asia Research Institute at the National University of Singapore and the author of several books. A free copy of The Asian 21st Century can be downloaded here.

This article was first published in the Straits Times on February 12, 2022 and is reproduced with permission.

Kishore Mahbubani is a Professor at the National University of Singapore (NUS) and the author of ‘Has the West Lost It?’