Why the ‘Teflon’ University is coming unstuck

It’s often referred to as the Teflon phenomenon – the capacity to withstand any amount of criticism and proceed as if nothing has changed. Accusations, damning evidence and reports of wrongdoing simply don’t stick. Countless US presidents have been coated with this substance, as have entire Australian administrations, including the current Morrison government.

Some political leaders have come to resemble non-stick frying pans. Take Britain’s prime minister, Boris Johnson, who time and again has had his many failings publicly exposed, most recently by former adviser, Dominic Cummings.

And yet, somehow, Johnson manages to carry on regardless. The posturing, smiles and reassurances remain steadfastly in place. Some short-term reputational damage may occur, but that soon passes once the spin kicks in. Johnson may even be hailed in some quarters as a strongman, capable of deflecting the slings and arrows of outrageous fortune.

And so it is with Australian universities. Despite the fact that there are libraries full of books, articles and reports highlighting the grievous shortcomings of a system increasingly absorbed into the neoliberal economy, these troubled institutions appear oblivious to criticism. We’ve heard endless complaints about vice chancellors’ exorbitant salaries, the exploitation of casual employees, excessive academic workloads, over-regulation, lack of consultation, low levels of job satisfaction, diminishing education standards, over-reliance on income from international students, troubling corporate influence – and the list goes on.

There’s even been an Independent Commission Against Corruption inquiry into ‘corruption risks’ of the ways universities deal with international students.

This concerning scenario has further deteriorated in the wake of the pandemic, with 17,000 full-time equivalent positions being axed (which translates, according to academic Adam Lucas, to between 50-60,000 casuals let go), the slashing of courses and programs across the sector, the sale of lands and buildings, and the abandonment of on-campus lectures in favour of online learning. Academic workloads have gone through the roof and mental health problems – bad before the pandemic – have escalated. Droves of exceptional academics are looking for a way out, and many have already left the profession, or been forced out.

Despite all this, the highly-remunerated managerial class which governs universities – referred to by Rob Watts as the ‘manageriat’ – continues to claim its institutions are all about excellence. It urges more from already overstretched academics, often ignoring pleas for understanding and support. The federal government throws fuel on the fire by offering no financial support for the sector in its last budget, and with the education minister rounding on universities for not opening up quickly enough.

The truth, of course, is that the problems besetting universities have a long, ignoble history. The architects of the current system – led by John Dawkins in the late 1980s – have created a marketised system that reflects the very worst features of corporate capitalism. Emeritus Professor Raewyn Connell has likened today’s universities to private firms hellbent on profit maximisation, even though the manageriat denies any such claims. Universities remain obsessed with gaining market share, using all the commercial trickery at their disposal, including suspect marketing techniques (otherwise referred to by Raewyn Connell as lying).

They’re also keen to revive international student intake if only as a means of cross-subsidising research. Predictably, the neo-colonial implications of this are glossed over by vice-chancellors who baulk at any suggestion that the fees derived from overseas students are convenient cash-grabs. (Remember that international students, many of whom hail from poor countries, pay three times more in upfront fees than their domestic counterparts.) With $2 billion in revenue losses, mainly due to the halving of international student enrolments, universities are desperate to generate new revenue sources. While domestic enrolments have spiked, there will still be a significant shortfall in overall student numbers.

To make matters worse, the problems faced by today’s universities have served to deepen an existing identity crisis. On the one hand, they happily mimic private corporations, yet on the other, continue to insist that they are public institutions. According to the campaign group Academics for the Public University, this crisis is the result of marketisation, repeated government funding cuts (thereby compelling institutions to generate their own revenue) and decisions made by an increasingly neoliberal manageriat.

The upshot is that these hybridised institutions are at odds with the original provisions set out in various acts of parliament, which are very clear about the roles and responsibilities of such institutions. In short, they are public, not private institutions whose core functions are to provide high-quality teaching and research. Given this, you’d think that university senates, councils and boards of trustees – the most important of university governance fora – would be largely comprised of academics, students and university administrators, along with a number of civic and business representatives.

Not so. In many instances, half or more of these entities are made up of business people who are recommended by chancellors and/or appointed by existing council/senate/trustee members, many of whom hail from commercial backgrounds. Academics often make up a rump of these gatherings. It’s not surprising therefore that most university councils are business-oriented, and that their members have little or no knowledge of the realities of higher education.

But the growing homogeneity of these governance regimes goes much further. As Gwil Croucher of the Melbourne Centre for the Study of Higher Education points out in an article in The Conversation, “Higher education leaders tend to have backgrounds that are ‘WEIRD’: Western, educated, industrialised, rich and democratic”. Croucher cites evidence from 2018 showing that:

Not surprisingly, as Croucher argues, this skewed composition produces equally skewed institutional orientations, with “curriculum, library systems, research and thought paradigms that are also WEIRD”. The risk of such cultural reproduction is evidenced, he says, in “groupthink, oversights, and unchecked blind spots”. Such problems also cut across many other sectors – higher education is not alone. The end result is inward-looking-ness, parochialism and cultural myopia that ignores the richness found in more socially and culturally diverse settings.

In many ways, Australian higher education reflects the settler-colonial mentalities that have long featured in Western systems of institutional power, evidenced most recently in the Federal Government’s apparent discomfort with the Uluru Statement of the Heart:

“The structural issues in Australia and Australian universities’, says Croucher, ‘have been denied for decades, if not centuries. If we want Australian higher education to meet our aspirations and to prepare future generations, we need to confront this elephant in the room”.

Indeed we do. Some honesty and clarity would be welcome too, especially about the sort of higher education we might aspire to in the face of intensifying global crises. Sadly, given their emphasis on producing “job ready” graduates, the commercialisation of research, ongoing support for the mining and weapons industries and so forth, universities are, in effect, net contributors to these crises.

What we need now, and urgently, is an open, honest public discussion about the current failings of higher education and what might enable our universities to become regenerative, relational institutions capable of confronting the many problems we now face. As my colleagues Kristen Lyons and Fern Thompsett, and I point out in a forthcoming book, Transforming Higher Education in the Twenty-First Century: A University for the Common Good, we can learn a good deal from the decolonising and regenerative practices of Indigenous universities, the free university movement, Buddhist universities, co-operative universities, progressive colleges in North America, and institutions like the Earth University in Costa Rica and Schumacher College in Devon, UK.

Such institutions are pointing the way to more engaged, equitable, democratic and relevant educational agendas that contribute to making the world a better place. What we don’t need right now are the illusions conjured by the mandarins of the modern university. 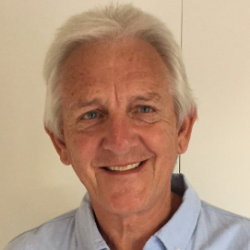