Why the US is provoking war with China in Taiwan 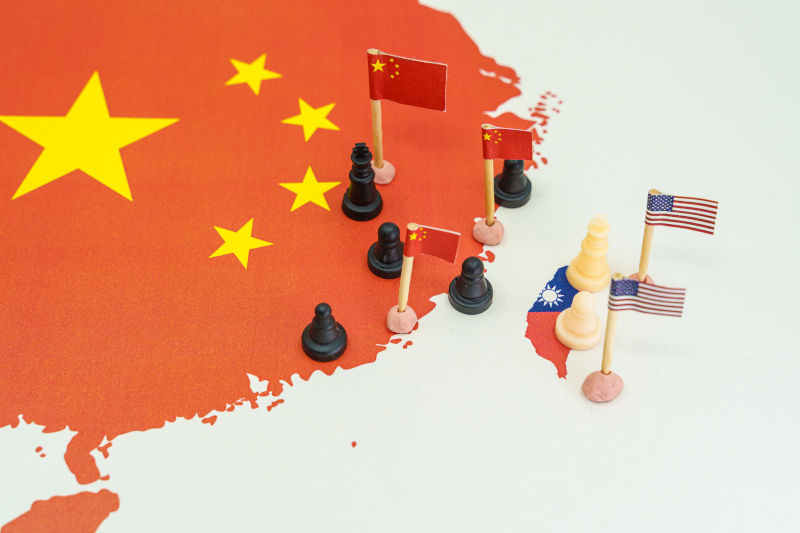 US intelligence agencies do not say China is preparing for an invasion of Taiwan. Why? Taiwan’s role as the ‘reverse great wall’ in US containment policy and Xi’s 2049 reunification deadline are missing from Western narratives. They explain why the US is provoking war with China in Taiwan, and why China refuses to be provoked.

The US-Taiwan relationship is a long-discussed subject. Now it is even more a topic in the news with experts and government officials speaking of it being an immediate cause of a war between the United States and China.

There are two issues, however, considering their importance, are not a central part of the narrative about US Taiwan policy but should be.

One is Taiwan’s strategic importance to the United States. The other is China’s President Xi Jinping’s declaring a far-off deadline, 2049, to resolve Taiwan’s “unacceptable separation.”

Taiwan’s strategic importance might focus on its geopolitical value to America. It does sometimes; but it should more often. As Robert Kaplan, a geopolitics savant points out in his writings, Taiwan is a vital link in the “Great Wall in reverse,” a chain of islands that extend from Japan south to Indonesia that hems in the Chinese navy—Beijing’s favourite in terms of its pursuit of becoming a world power.

Specifically, if China were to recover Taiwan it would have possession of submarine bases on its east coast. Whereupon China’s submarine fleet would be able to quickly enter the deep waters of the Pacific Ocean and sail undetected (not being seen by satellite or aircraft reconnaissance) to the US west coast and strike Los Angeles and other cities there with nuclear tipped missiles. This would profoundly alter the strategic balance between the two countries.

Amplifying the salience of this, Kaplan compares China’s recovery of Taiwan to the Battle of Wounded Knee in 1890 when the US army defeated the Sioux Indians and ended the Indian wars to then become a world power with imperialist and colonial motives and policies. Owning Taiwan would do the same for China, he says.

Why then doesn’t the US admit to Taiwan’s geopolitical relevance? President Biden, or whoever makes policies in his name, wants to portray Taiwan as one of the main actors in Washington’s narrative that America is engaged in an existential war with China that pits the democracies of the world against the authoritarian countries. Taiwan is a democracy; China isn’t.

The other matter is that President Xi has set a deadline for the recovery of Taiwan, which might be seen as an ultimatum and a prelude for war. However, that date is 2049, the centennial of the Communists defeating Chiang Kai-shek’s forces and the establishment of the People’s Republic in 1949, It is so far into the future as to be seen as meaningless. Or at least China’s current leaders will have been in retirement for some time and won’t have to worry about their pledge.

One might interpret this to mean that China is not seriously considering invading Taiwan tomorrow or the next day as some have suggested. Rather it means China’s leaders espouse a long-term policy to unify Taiwan with China.

The latter makes perfect sense if one takes cognisance of the fact that China’s plan to ultimately be the world’s eminent power is to reconstruct the global system into one whose leadership is based on financial and science power instead of the current one based on military power (which many pundits such as Richard Haass, president of fhe Council on Foreign Relations and elder statesman Henry Kissinger say is antiquated and is falling apart). Incidentally, many observers also think the China’s system is morally preferred to the Western system.

Anyway, the fact is the United States is militarily stronger than China, spending three times what China allocates to its defences and having access, some say to 800 foreign bases. China would lose a war with the United States. Yet China is fast catching up and can wait for the day when it has a military that is ahead of the US. By the way, who says Chinese are not patient?

Further proof comes from what former president Jimmy Carter has to say… That China is not a warmonger country as evidenced by the fact it has not been at war for 40 years (and its troops do not have much combat experience) while America has been at war someplace almost all of the time (in pointless and wasteful conflicts but its military is combat-ready; yet the American people are not).

One must also be careful not to believe what the Western media says about the situation: China is likely to invade Taiwan because everyone’s attention is on Ukraine. In fact, China sees it as a Russian blunder as much as an opportunity. President Biden’s pullout from Afghanistan sullied America’s reputation as a global power to such a degree it is disabled. This may well pass, especially if the Republicans win the next two elections. America’s military’s lacks training in essential matters owing to its preoccupation with pronouns and wokeness. Public opinion in the US hints strongly this will change. US intelligence agencies do not say China is preparing for an invasion of Taiwan. If true, they would likely say so. Finally, President Xi, speaking at the recently concluded 20th Chinese Communist Party conference, said emphatically China would recover Taiwan; but he did not set an earlier deadline. He also said the Chinese people demand it, which is vague and not a call to arms.