Why the West must tread carefully in assessing China 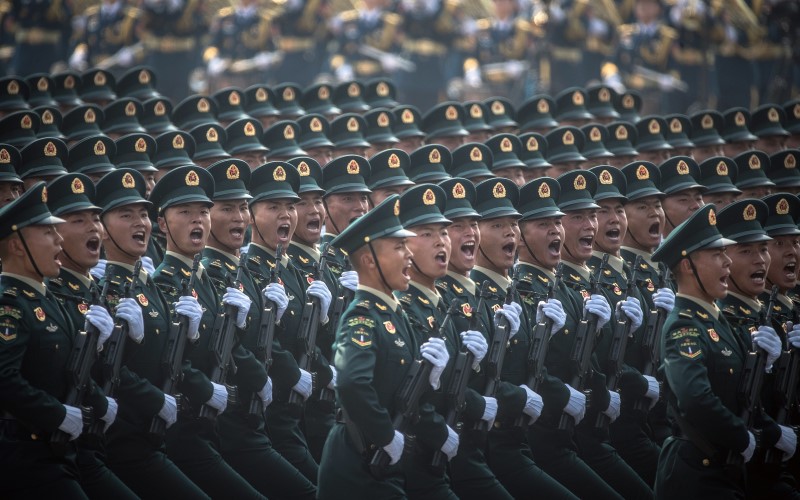 Paul Dibb believes China is much weaker than the intelligence agencies paint it. (Image: EPA/Roman Pilipey)

Reflecting on his experiences in the 1980s, Paul Dibb warns of the fallibility and subjectivity of strategic intelligence assessments. Unintentionally, he provides a caution about assessments of China.

Dibb is a deeply experienced and highly credentialled commentator on strategic and intelligence matters. His views on the failures of the intelligence community’s performance over the Soviet Union carry great weight. However, he seems to miss the implications of his critique for contemporary strategic assessments.

Historical comparisons in geopolitics and strategic policy can be exaggerated. China is not the Soviet Union, and the 2020s are not the 1980s. That said, Dibb’s question — “Why did US intelligence assessments fail to predict the end of the USSR, and does this have any relevance for today’s assessment of the threat from China?” — is important. But not in the way he thinks.

Few policy analysts, intelligence agencies or governments anticipated the end of the Soviet Union. Because of the secretive nature of the regime, and the absence of reliable sources inside the Kremlin, “the Soviet Union was an incredibly difficult intelligence target”. Still, as Dibb points out, most attention was paid to the more alarming indications that the Soviets were winning the Cold War, and those who experienced the dysfunctional Soviet system first hand were ignored.

The fixation on the Soviet threat grew in part from the relevance and status gained by the agencies through promulgating it. Overt indicators of weaknesses in the Soviet economic and political system, and the public changes under way under Mikhail Gorbachev, were subject to a cognitive dissonance. Only covert intelligence could reveal the true extent of the pervasive control of the regime and its relentless expansionary policy. The obvious and easily available information was doubted.

Dibb recalls that “there was an acute ideological suspicion of the USSR that made even modest attempts at a more balanced approach subject to ridicule and outright hostility, including in Australia”. He recalls that “even in Canberra, the head of the Office of National Assessments considered that anybody who did not hold his views of the USSR was working for the other side”.

He warns “there is a grave danger that – yet again – the West is failing to see [China’s] real weaknesses”. As with the Soviet Union in the late 1980s, “once more we are being asked to conform to the dominant view that China is all powerful, and that its economy and military are superior to those of America, or soon will be”.

For Dibb, the failure to understand the causes of the Soviet Union’s dissolution demonstrates that “we urgently need much more considered and cautious studies about the pros and cons of China’s emerging power”.

The intelligence assessments of China’s military and economic power relative to that of the US show, according to Dibb, “the same inclination to accept self-serving claims”. He suggests the generation of a sense of paranoia is again distorting assessments, causing the threat from China to be overstated.

Dibb argues the Soviet Union was overrated as is China now. He clearly believes that China is much weaker than the intelligence agencies paint it and that better analysis will reveal this. Curiously, like past intelligence failures, Dibb wants the intelligence assessments to accord with a preconceived view. He wants the agencies to find the evidence for his prior assumption of China’s weaknesses.

However, China has achieved economic successes beyond anything that the Soviets did. China has modernised its economy, lifted millions out of poverty, created a wealthy middle class and made big technological advances. Its Western commercial presence is significant and foreign investment large. It is deeply integrated into the world economy.

Publicly available information on China’s economic, military and political circumstances, although not complete, is substantial enough for a good understanding. There are no secret weaknesses. China is in many ways the antithesis of the Soviet Union.

Previously Dibb has endorsed the claim that everyone has to accept the propositions that “ideological competition with China is inescapable” and that it is evident that “active ideological warfare a necessity for Beijing”, without strong evidence. Ironically, Dibb both questions the ability of the intelligence and security communities to avoid the collective mentality of the past, while he has concurred with the alarmist view of China because there is “a consensus across the political, security and economic communities in Washington that China is America’s major adversary”.

A guide to why Dibb would want to downplay China’s strength might be found in his view on defending Taiwan. He believes “in the event of an unprovoked Chinese attack, if the US doesn’t come to the defence of Taiwan, that will mark the end of the alliance system in the Asia-Pacific region” and if “Australia refuses to make a military contribution, that will threaten the very raison d’être for ANZUS”.

The perception of a strong China could undermine public support for Australian involvement in a war over Taiwan. There are already powerful voices opposed to a quixotic intervention by Australia.

While comparisons between the Soviet Union in the 1980s and China today are facile and contrived, recognition that strategic assessments are inherently subjective is important for strategic policy. No extraordinary wisdom resides in the intelligence and security agencies, and their views should always be open to critique and contestation.

Deliberately bending strategic analysis to bolster a political argument for war would be unconscionable. To either over-emphasise or understate the challenge presented by China is perilous.